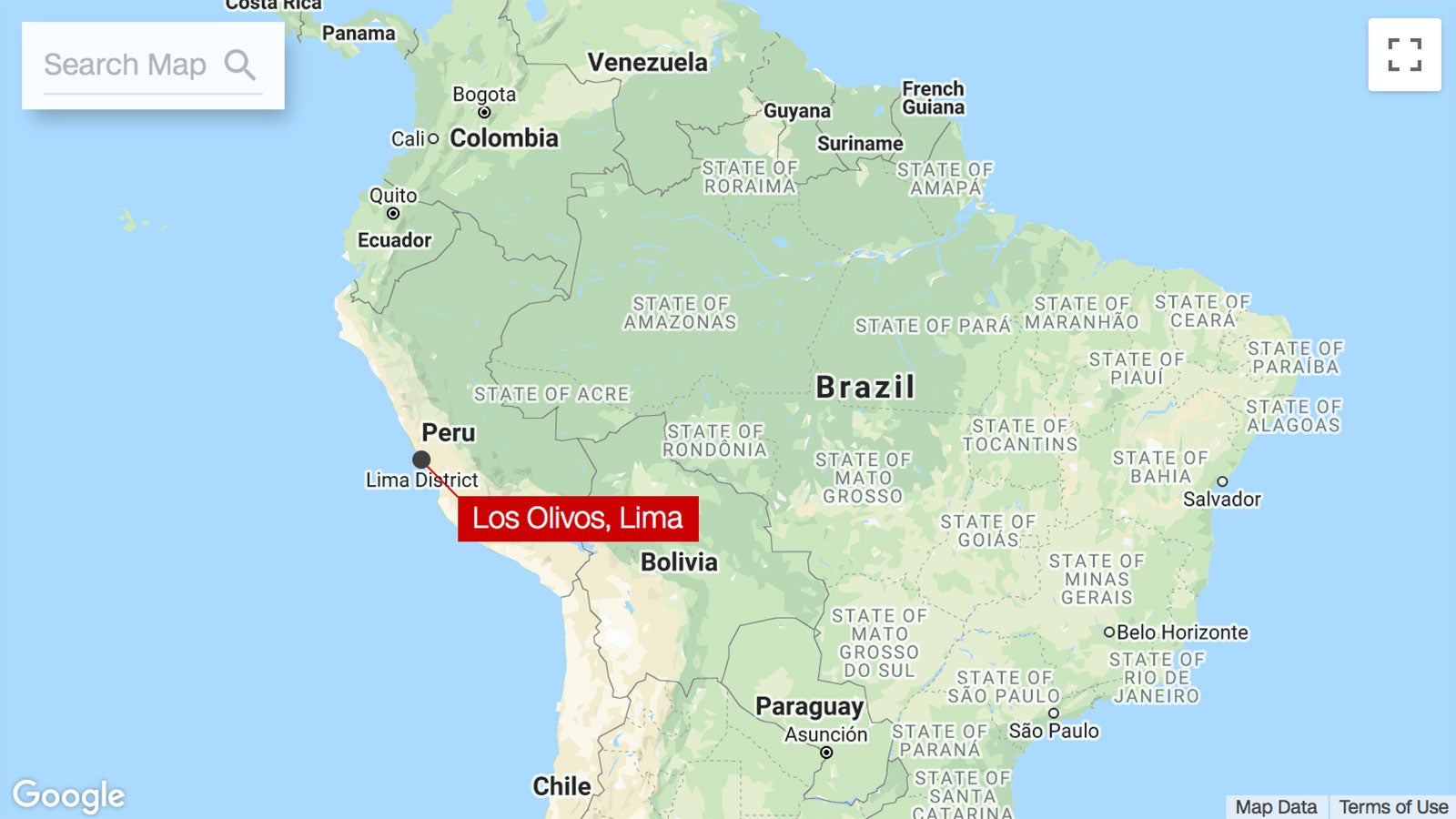 (CNN) — At least 13 people have been killed and three others injured in a stampede at a nightclub in Lima, Peru, as partygoers attempted to escape a police raid on the venue, according to Orlando Velasco Mujica, general of the Peruvian National Police.

Police were called to the Thomas Restobar in the Los Olivos district of Peru’s capital city on Saturday evening to shut down an illegal party that more than 120 people were attending.

Social distancing measures are mandated in Peru, large social gatherings are banned and there is a nationwide 10 p.m. curfew in an effort to slow the spread of the coronavirus.

Peru was one of the first nations in the Americas to take strict preventative coronavirus measures, but is now one of the worst affected countries in Latin America, with more than 576,000 cases, according to figures from Johns Hopkins University. More than 27,000 have died of the virus so far, JHU reports.

In an official statement, the Ministry of the Interior reported that the police did not use “any type of weapon or tear gas to clear the premises.” When people began to flee the 2nd floor venue trying to get away from the police they were crushed on the stairs.

Police said in a statement they have started an investigation to identify the owners of the nightclub and those responsible for the event. Police said 23 people were arrested.

“The Ministry of the Interior profoundly regrets the deaths of 13 people as a consequence of the criminal irresponsibility of an unscrupulous business owner,” the statement said.