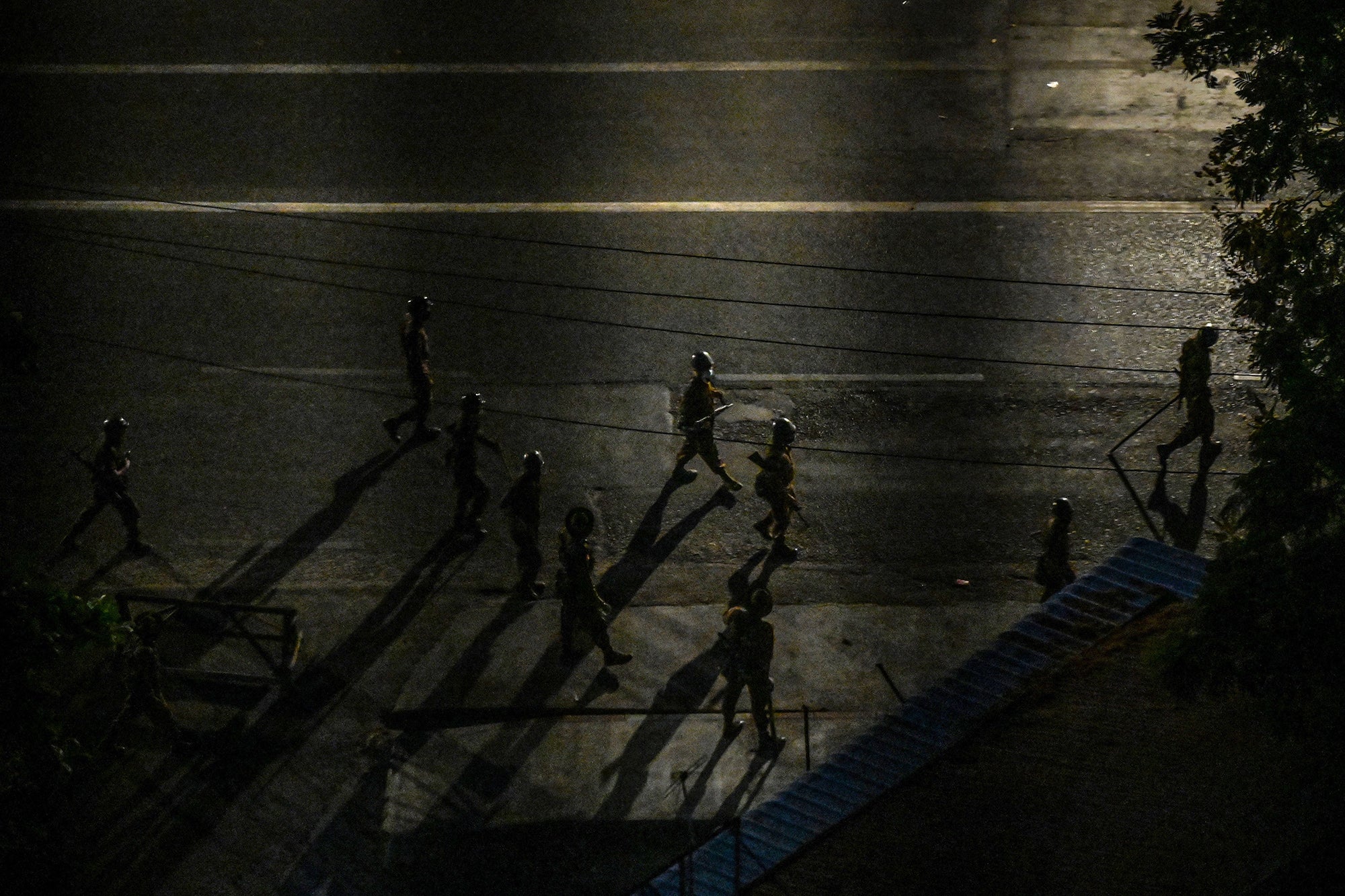 This picture taken on April 2, 2021 shows soldiers patrolling along a street in Yangon, as the country remains in turmoil with security forces clamping down on protesters taking to the streets to demonstrate against the February military coup. (Photo by STR / AFP) (Photo by STR/AFP via Getty Images)
by: Sandi Sidhu and Salai TZ, CNN
Posted: Apr 3, 2021 / 04:22 PM EST / Updated: Apr 3, 2021 / 04:22 PM EST

(CNN) — At least 550 people have been killed by Myanmar’s military in the aftermath of a coup which overthrew the elected government on February 1, according to the Assistance Association for Political Prisoners (AAPP), an advocacy group based in neighboring Thailand.

Security officials have responded to dissent with a brutal crackdown and detained thousands, including five people arrested in Myanmar’s biggest city Yangon Friday, minutes after being interviewed by CNN journalists, according to eyewitnesses.

The CNN team visited the “Ten Miles” bazaar in Yangon’s Insein township, where they interviewed some local residents. Among the interviewees were two women who raised the three-finger protest salute.

The pair were arrested by a group of security officials within three to five minutes of the CNN team leaving the area, according to eyewitnesses.

The women work at a shop in the market. They were taken to Shwe Pyi Thar Interrogation Center, a source close to them said.

In a separate incident Friday the team interviewed residents at Yangon’s Mingaladon market. A man and a woman were arrested following the interview and another person managed to get away, according to an eyewitness.

A relative of the two Mingaladon detainees approached the CNN team and told them what had happened. She herself was arrested once the journalists moved away from the area.

CNN contacted the Myanmar military for comment and was told the individuals had been released.

However, sources close to the detainees told CNN on Saturday that at least four women and a man are still being held in Shwe Pyi Thar interrogation Center.

The military junta in Myanmar has cut all wireless internet services until further notice, in what appears to be a concerted effort to control communications and messaging in the Southeast Asian country.

Pro-democracy demonstrators have repeatedly filled streets across the nation for two months after the government was overthrown by the military.

Ousted civilian leader Aung San Suu Kyi was charged on Thursday with violating the country’s Official Secrets Act, , while the security services have sought to clamp down on protests.

According to AAPP, at least 2,751 people, among them journalists, protesters, activists, government officials, trade unionists, writers, students, civilians and even children, have been detained as of April 2, often in nighttime raids.

CNN is in Myanmar with the permission of the military and is being escorted by the military.

‘We are aware of reports of detentions following our team’s visit to Yangon, Myanmar yesterday,” a CNN spokesperson said Saturday.

“We are pressing the authorities for information on this, and for the safe release of any detainees.” 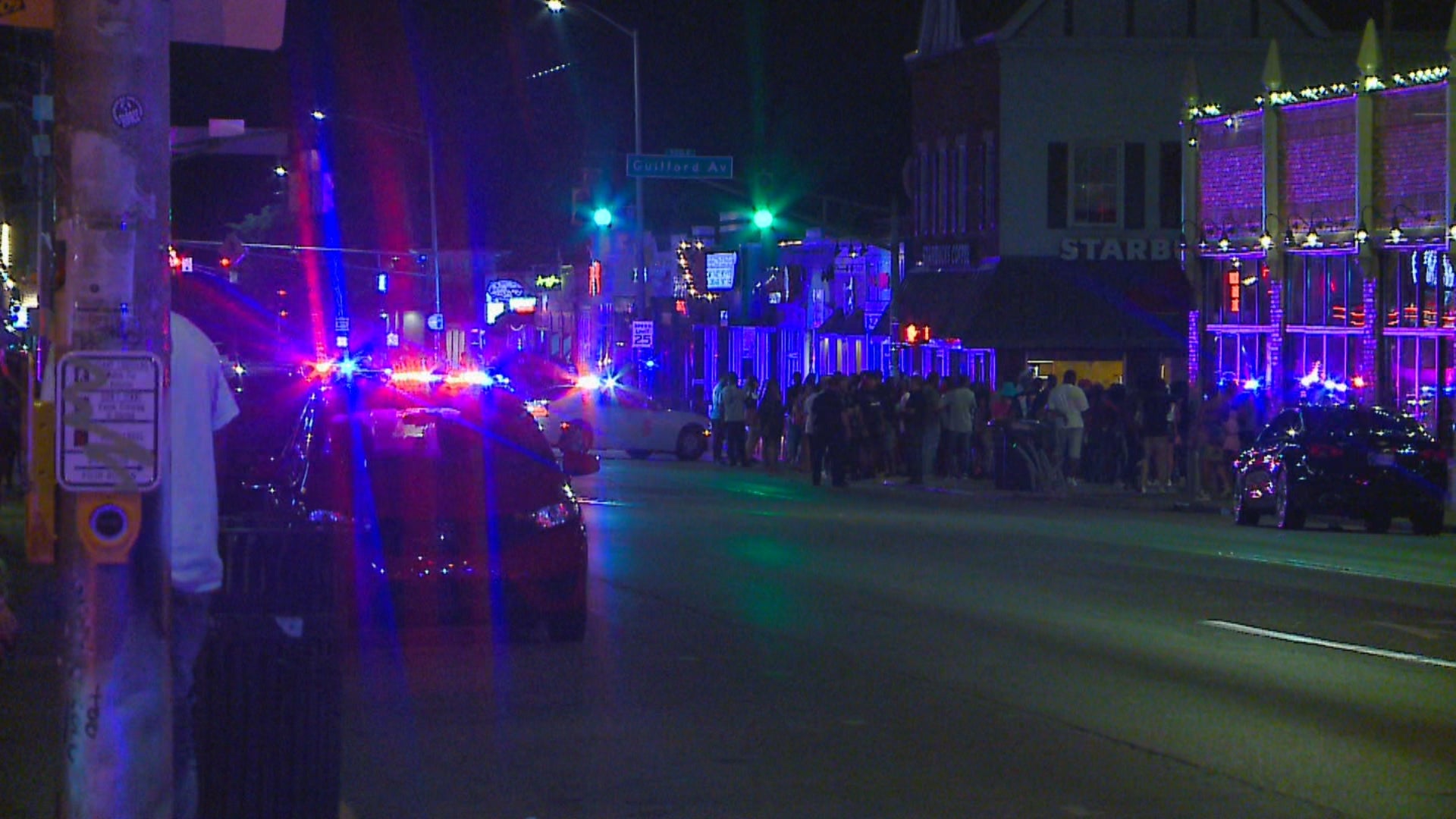