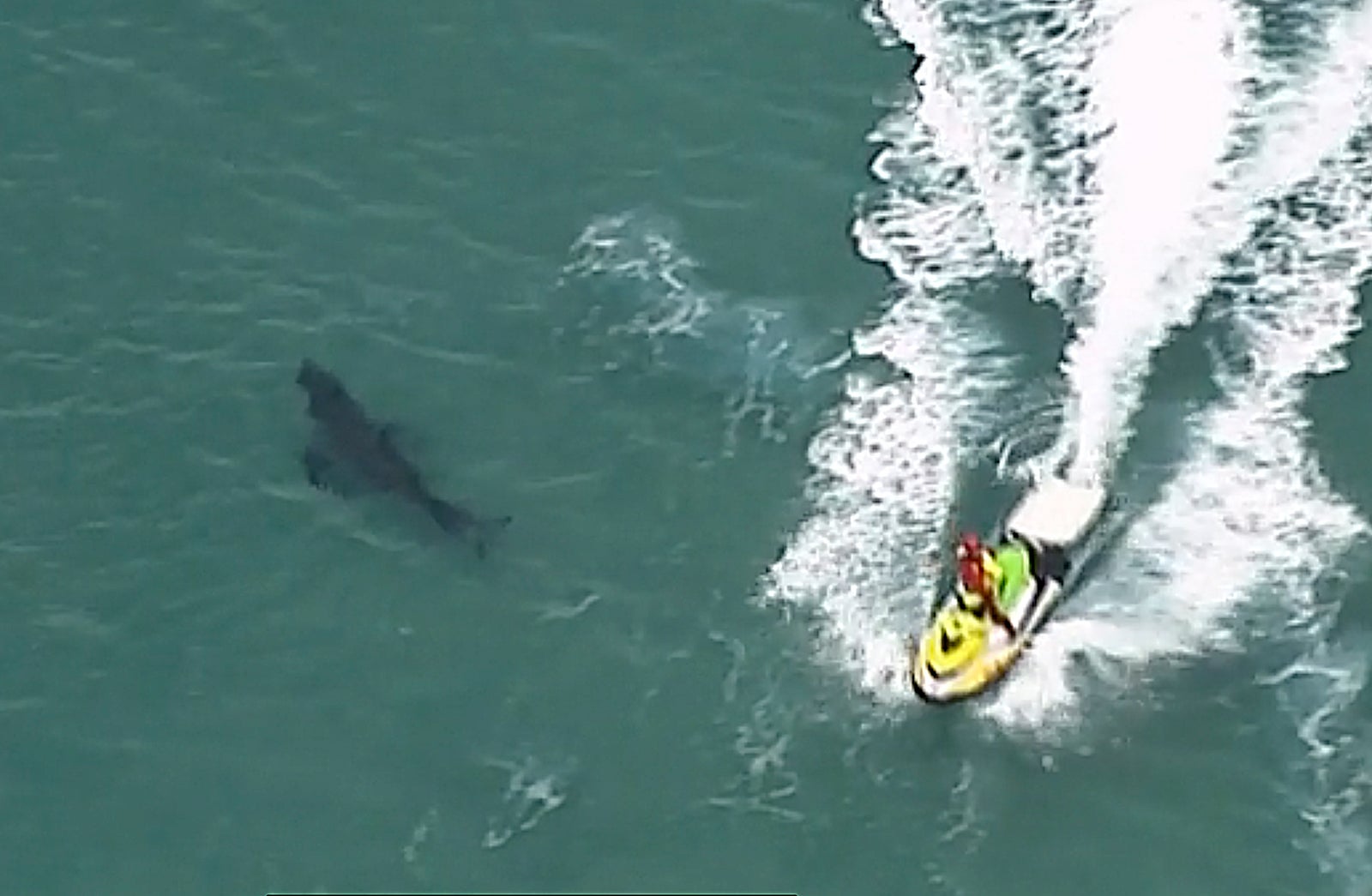 (CNN) — A 60-year-old surfer died Sunday in Australia after being bitten by a great white shark that was nearly ten feet long, authorities say.

The man, from Queensland, was killed while surfing at Salt Beach near Kingscliff on the far north coast of New South Wales, according to Surf Life Saving New South Wales.

Shortly after 10 a.m. on Sunday, police and emergency responders were notified that a man had been attacked on the beach. Several other surfers and board-riders had already rushed to rescue him, fighting off the shark then helping the man to shore, local police said a statement.

He was bitten on the back of his thigh, and received first aid on shore for serious injuries on his left leg, but died at the scene, said Surf Life Saving in a statement.

Beaches between the towns of Kingscliff and Cabarita will close for 24 hours.

First responders, police and biologists are now monitoring the area.

Surf Life Saving deployed multiple jet skis, drones, and helicopters to track down the shark. Authorities spotted it from the air and took photographs.

Shark biologists assessed these photos and the man’s bite marks, and determined that it had been a large great white shark measuring about three meters (9.8 feet), according to Surf Life Saving.

The attack is the latest in a handful of other fatal shark encounters in Australia this year. In January, a diver was seemingly attacked by a great white shark off the southern coast of Western Australia, although his body wasn’t recovered. In April, a parks and wildlife officer was killed by a shark near the Great Barrier Reef.