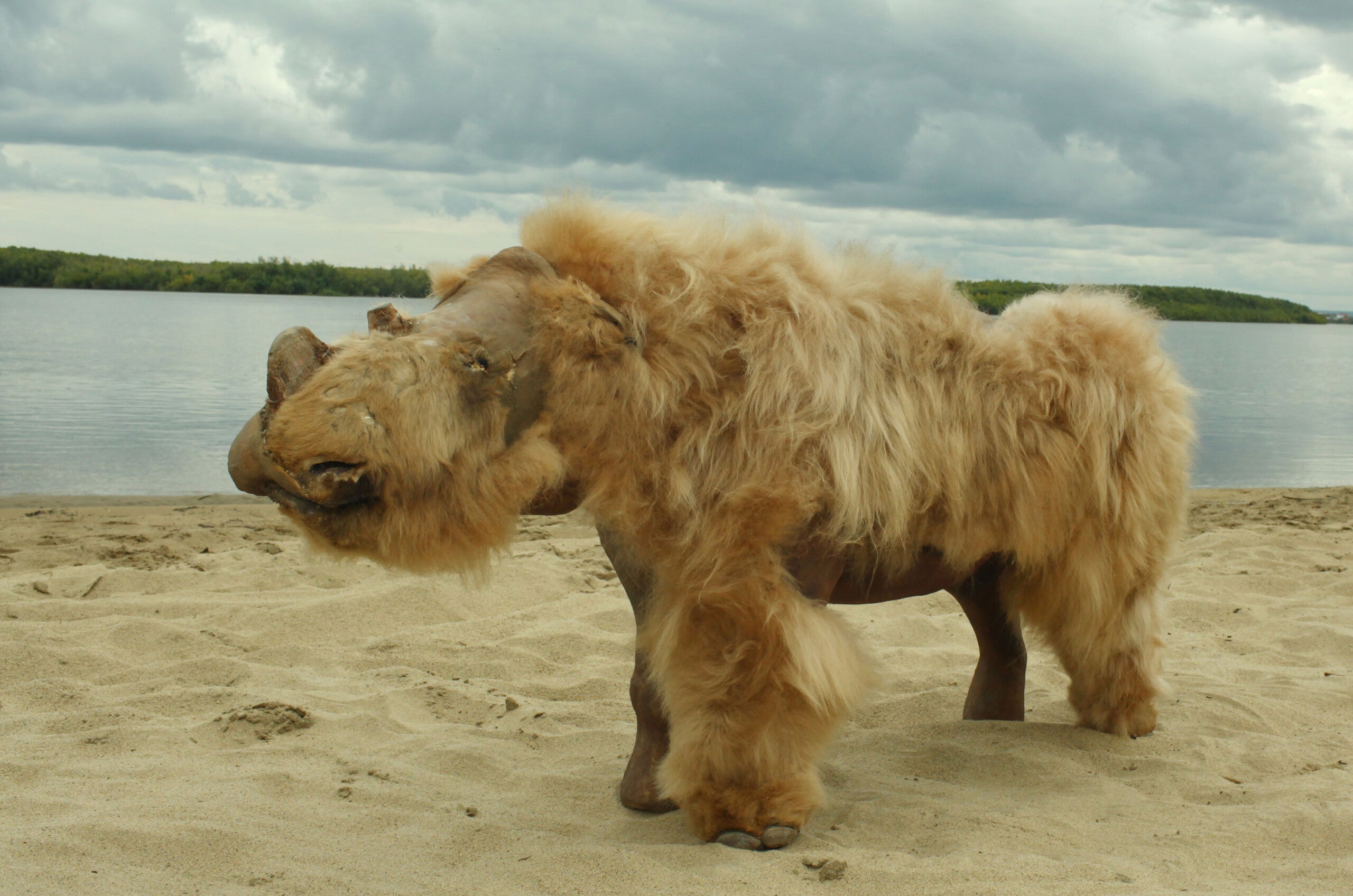 (CNN) — Scientists studying the body of a perfectly preserved Ice Age puppy have made an unexpected discovery — a piece of what could be one of the last woolly rhinos, inside its stomach.

Russian researchers first excavated the preserved, furry body of the canine — which could be a dog or a wolf — from a site in Tumat, Siberia, in 2011.

Inside the 14,000-year-old puppy’s stomach was a hairy piece of tissue. At first, scientists assumed the fragment belonged to a cave lion, because of its fine yellow fur. But tests by experts at Stockholm’s Natural History Museum told a different story.

“When they got the DNA back, it didn’t look like a cave lion,” Love Dalen, a professor of evolutionary genetics at the Centre for Palaeogenetics, a joint venture between Stockholm University and the Swedish Museum of Natural History, told CNN.

“We have a reference database and mitochondrial DNA from all mammals, so we checked the sequence data against that and the results that came back — it was an almost perfect match for woolly rhinoceros,” Dalen said.

“It’s completely unheard of. I’m not aware of any frozen Ice Age carnivore where they have found pieces of tissue inside,” he said.

After radiocarbon dating the sample, experts determined that the rhino skin was around 14,400 years old.

Scientists don’t know how the puppy came to have a piece of rhino in its stomach.

Edana Lord, a Ph.D. student at the Centre for Palaeogenetics who co-authored a paper studying the demise of the woolly rhino, told CNN that the creatures would have been roughly the same size as the modern-day white rhino — making it unlikely that the puppy killed the beast itself.

The researchers also found it curious that the puppy died shortly after eating the rhino.

“This puppy must have died very shortly after eating the rhino, because it’s not very digested,” Dalen told CNN.

“We don’t know if it was a wolf, but if it was a wolf cub, maybe it came across a baby rhino that was dead, or the (adult) wolf ate the baby rhino,” he speculated. “Maybe as they were eating it, the mother rhino had her revenge.”