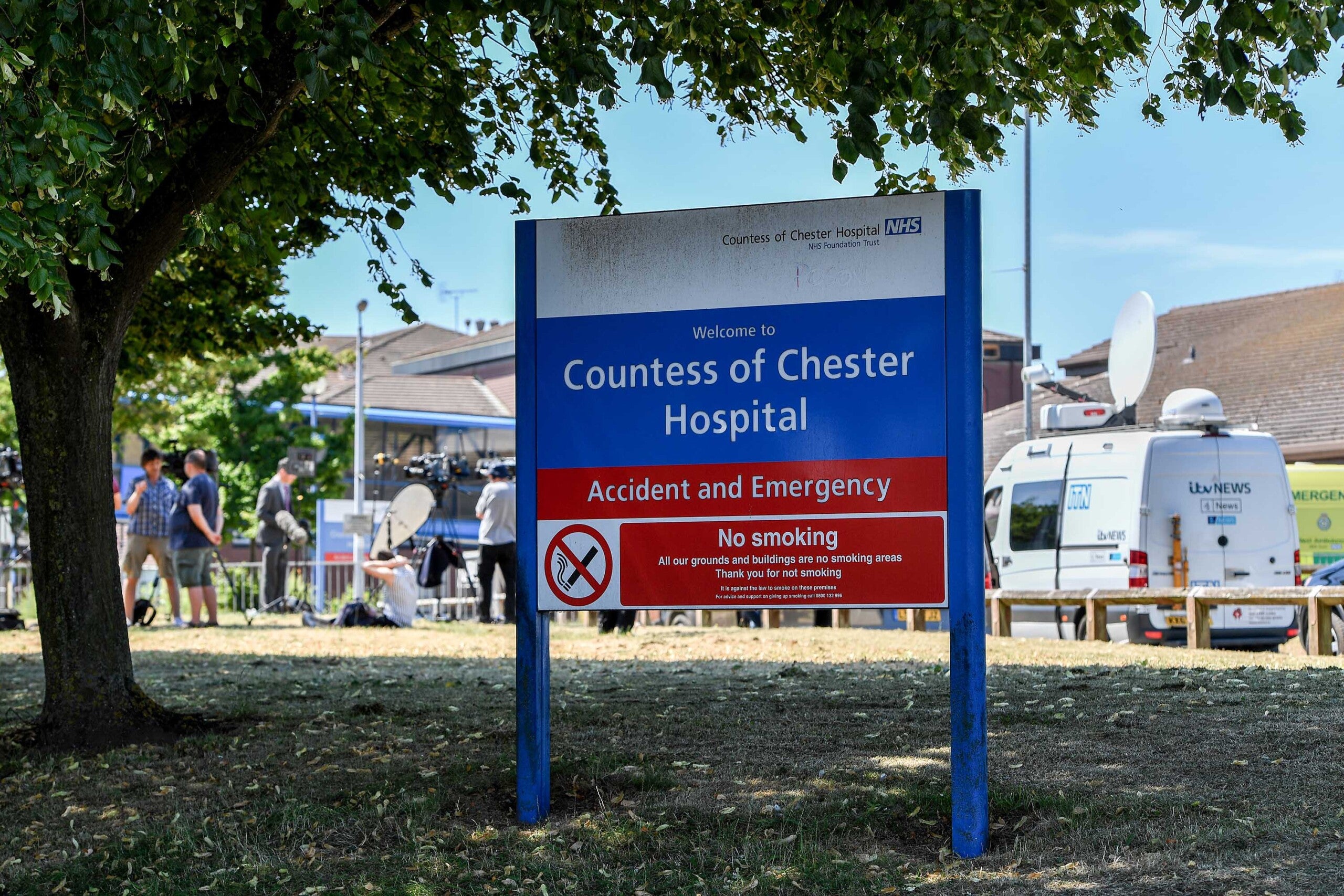 CHESTER, ENGLAND - JULY 03: Media gather outside the Countess of Chester Hospital on July 3, 2018 in Chester, United Kingdom. Health care worker at the Countess of Chester Hospital, Lucy Letby, has been arrested on suspicion of murdering eight babies. Cheshire Police having been have been investigating the deaths of 17 newborns at the neonatal unit between March 2015 and July 2016. (Photo by Anthony Devlin/Getty Images via CNN)
by: Sara Spary and Vasco Cotovio, CNN
Posted: Nov 12, 2020 / 07:15 AM EST / Updated: Nov 12, 2020 / 07:15 AM EST

(CNN) — A British nurse has appeared in court charged with eight counts of murder and 10 counts of attempted murder following an investigation into a number of baby deaths at a hospital in Cheshire, northwestern England.

Lucy Letby, 30, was charged after being re-arrested on Tuesday as part of an investigation into the Countess of Chester Hospital.

She had previously been arrested twice by police, in 2018 and 2019, in connection with the investigation, PA Media news agency reported. Following her previous arrests, her home in the Blacon area of Chester was searched by police.

She appeared via video link at Warrington Magistrates’ Court on Thursday and has been remanded in custody.

She will appear at Chester Crown Court for a further hearing on Friday.

“The Crown Prosecution Service has authorized Cheshire Police to charge a healthcare professional with murder in connection with an ongoing investigation into a number of baby deaths at the Countess of Chester Hospital,” police said in a statement Wednesday.

Dr. Susan Gilby, chief executive of the Countess of Chester Hospital, said in a statement Wednesday: “We acknowledge the new and significant development in this case, which is of serious concern to the Trust.

“We are fully supportive and respectful of the judicial processes and as such will not be making any further comments at this stage. Our thoughts continue to be with all the families involved.”