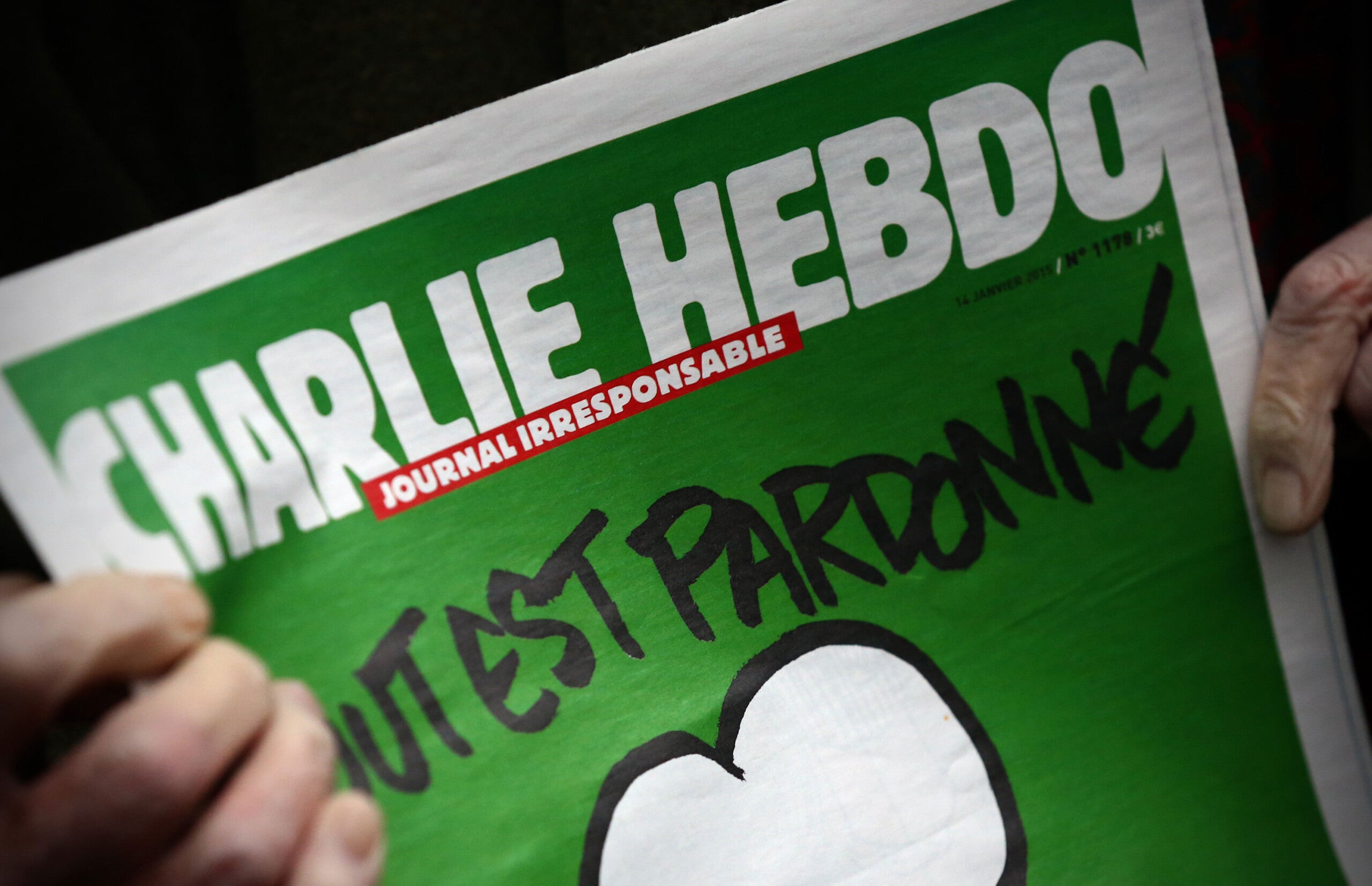 (CNN) — French satirical magazine Charlie Hebdo has prompted outrage after releasing a cartoon depicting the UK’s Queen Elizabeth kneeling on the neck of Meghan, the Duchess of Sussex, invoking the death of George Floyd.

The cover image cartoon came days after Meghan and her husband Harry made a series of damning accusations against the royal family in an interview with Oprah Winfrey — including that the skin tone of the couple’s child, Archie, was discussed as a potential issue before he was born.

The couple would not reveal who had made the remarks, but said it wasn’t Queen Elizabeth II or her husband, Philip, the Duke of Edinburgh. In the interview, Meghan also described having regular suicidal thoughts during her pregnancy and brief time as a working royal, and the couple said the palace had offered Meghan and Archie inadequate security and protection.

The cartoon, published Saturday, is titled “WHY MEGHAN QUIT BUCKINGHAM,” with Meghan drawn to say: “Because I couldn’t breathe anymore!”

Halima Begum, CEO of race equality think tank the Runnymede Trust, said the cartoon was “wrong on every level.”

“The Queen as GeorgeFloyd’s murderer crushing Meghan’s neck? Meghan saying she’s unable to breathe? This doesn’t push boundaries, make anyone laugh or challenge racism. It demeans the issues & causes offence, across the board,” she said on Twitter.

Meghan and Harry’s interview prompted widespread discussions about racism both in the royal family, and in the country’s media.

Prince William this week denied the royal family is racist, telling a reporter: “We’re very much not a racist family.”

In a statement on behalf of the Queen, Buckingham Palace said Tuesday that allegations of racism made by the Sussexes were concerning and being “taken very seriously.”

Buckingham Palace and representatives for the Duke and Duchess of Sussex declined to comment on the Charlie Hebdo cartoon.

The Paris-based weekly publication, which was founded in 1970, is famous for its provocative cartoons and takedowns of politicians, public figures and religious symbols.

In 2015, brothers Said and Cherif Kouachi burst into the magazine’s newsroom and gunned down staffers, killing 12 and wounding 11 after the magazine published cartoons of the Prophet Mohammed.

The attack on the magazine was part of a series of deadly attacks that killed 17 people in the French capital over three days in January 2015.