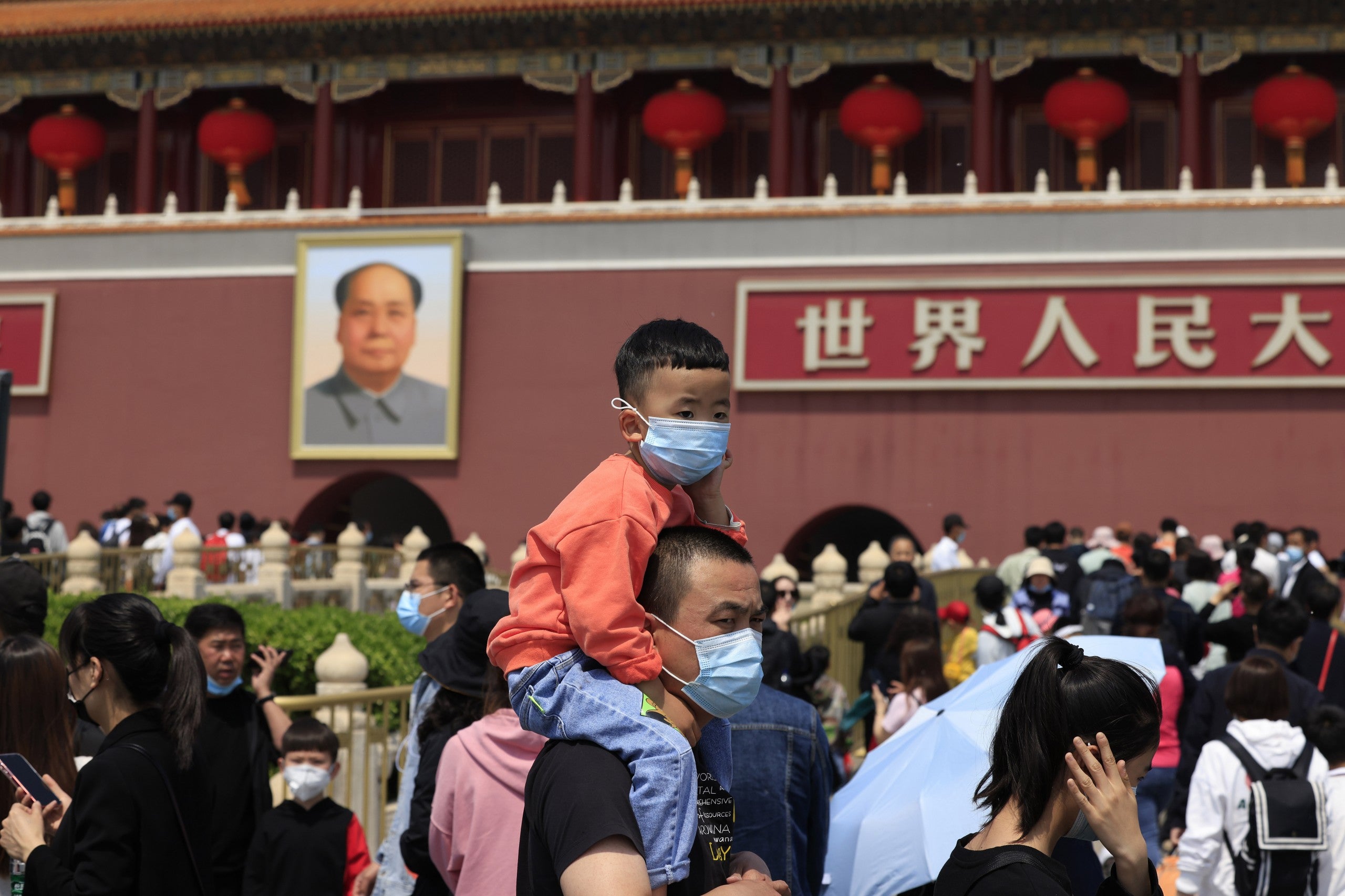 FIEL - In this May 3, 2021, file photo, a man and child wearing masks visit Tiananmen Gate near the portrait of Mao Zedong in Beijing. China’s ruling Communist Party is looking at allowing easing birth limits further to allow couples to have three children instead of two in response to the population's rising age, a state news agency said Monday, May 31, 2021. (AP Photo/Ng Han Guan, File)
by: Associated Press
Posted: May 31, 2021 / 04:31 AM EST / Updated: May 31, 2021 / 04:31 AM EST

BEIJING (AP) — China’s ruling Communist Party will ease birth limits to allow all couples to have three children instead of two in response to the population’s rising age, a state news agency said Monday.

The announcement follows census data that showed China’s working-age population shrank over the past decade while the number of people older than 65 rose, adding to strain on the economy and society.

The ruling party has enforced birth limits since 1980 to restrain population growth but worries the number of working-age people is falling too fast.

A meeting Monday of the ruling party’s Politburo decided “China will introduce major policies and measures to actively deal with the aging population,” the Xinhua News Agency said.

Party leaders “pointed out that further optimizing the fertility policy, implementing the policy of one couple can have three children and supporting measures are conducive to improving China’s population structure,” the report said.

Restrictions that limited most couples to one child were eased in 2015 to allow all to have two. But after a brief rise the following year, the number of births has declined.