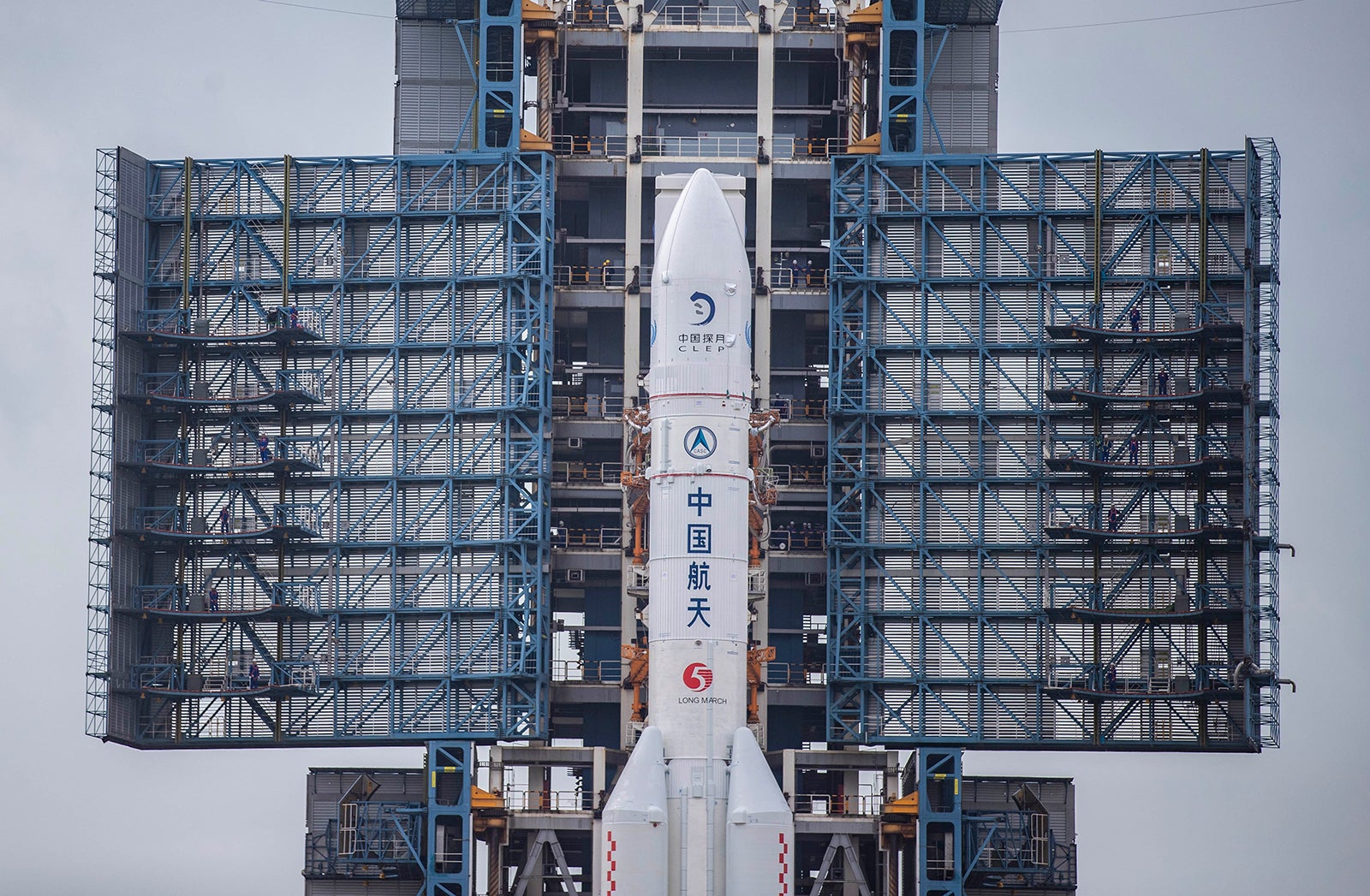 (CNN) — China plans to launch an unmanned spacecraft to the moon this week to bring back lunar rocks — the first attempt by any nation to retrieve samples from Earth’s natural satellite since the 1970s.

The Chang’e-5 probe, named after the ancient Chinese goddess of the moon, will seek to collect material that can help scientists understand more about the moon’s origins and formation. The mission will test China’s ability to remotely acquire samples from space, ahead of more complex missions.

If successful, the mission will make China only the third country to have retrieved lunar samples, following the United States and the Soviet Union decades ago.

Since the Soviet Union crash-landed the Luna 2 on the moon in 1959, the first human-made object to reach another celestial body, a handful of other countries including Japan and India have launched moon missions.

In the Apollo programme, which first put men on the moon, the United States landed 12 astronauts over six flights from 1969 to 1972, bringing back 382 kg (842 pounds) of rocks and soil.

The Soviet Union deployed three successful robotic sample return missions in the 1970s. The last, the Luna 24, retrieved 170.1 grams (6 ounces) of samples in 1976 from Mare Crisium, or “Sea of Crises”.

China’s probe, scheduled to launch in coming days, will attempt to collect 2 kg (4 1/2 pounds) of samples in a previously unvisited area in a massive lava plain known as Oceanus Procellarum, or “Ocean of Storms”.

“The Apollo-Luna sample zone of the moon, while critical to our understanding, was undertaken in an area that comprises far less than half the lunar surface,” said James Head, a planetary scientist at Brown University.

Subsequent data from orbital remote sensing missions have shown a wider diversity of rock types, mineralogies and ages than represented in the Apollo-Luna sample collections, he said.

“Lunar scientists have been advocating for robotic sample return missions to these many different critical areas in order to address a host of fundamental questions remaining from earlier exploration,” Head said.

The Chang’e-5 mission may help answer questions such as how long the moon remained volcanically active in its interior and when its magnetic field — key to protecting any form of life from the sun’s radiation — dissipated.

Once in the moon’s orbit, the probe will aim to deploy a pair of vehicles to the surface: a lander will drill into the ground, then transfer its soil and rock samples to an ascender that will lift off and dock with an orbiting module.

If this is successful, the samples will be transferred to a return capsule that will return them to Earth.

China made its first lunar landing in 2013. In January 2019, the Chang’e-4 probe touched down on the far side of the moon, the first by any nation’s space probe.

Within the next decade, China plans to establish a robotic base station to conduct unmanned exploration in the south polar region.

China plans to retrieve samples from Mars by 2030.

In July, China launched an unmanned probe to Mars in its first independent mission to another planet.