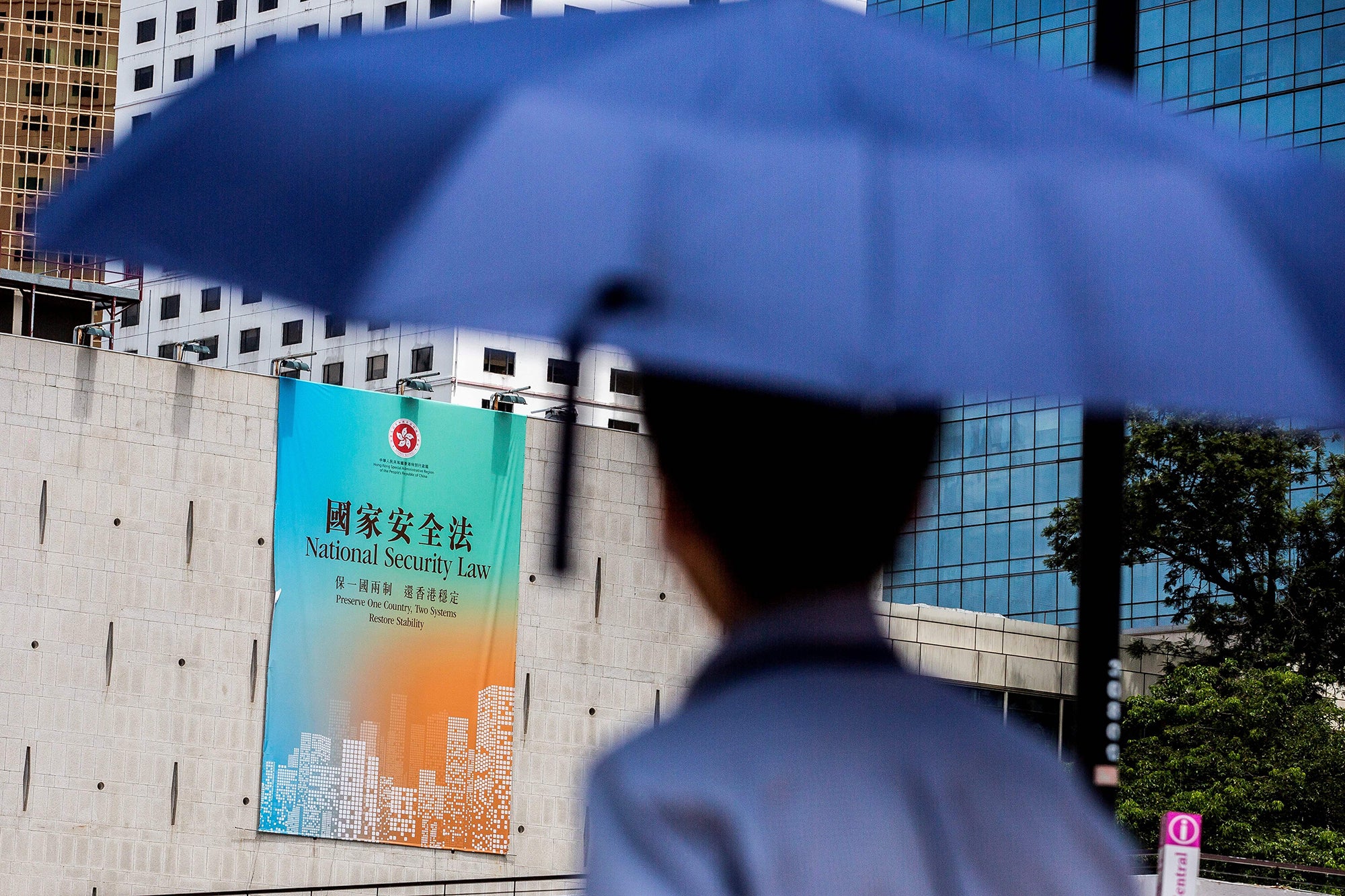 (CNN) — Beijing has reportedly passed a wide-reaching national security law for Hong Kong, which many fear could be used to override existing legal processes and further erode the city’s civil and political freedoms.

A draft had not been made public ahead of its passage, meaning the majority of people in Hong Kong have not seen details of a law that will now govern their lives.

The passing of the legislation has not been officially confirmed and details remain unclear. But RTHK reports that possible maximum sentencing for crimes under the law will be “much higher” than 10 years imprisonment.

Hong Kong’s Chief Executive Carrie Lam refused to comment on the progress of the bill in her weekly press conference on Tuesday morning, saying it would be “inappropriate” to respond to questions while the NPC meeting is still in session.

China’s State Council Information Office said it would will hold a press briefing on the national security law in Beijing on Wednesday morning.

The legislation was widely criticized by opposition lawmakers in Hong Kong, human rights groups and politicians worldwide, with many saying it will cement Beijing’s direct control over the semi-autonomous city. Many worry it could be used to target political dissidents, activists, human rights lawyers and journalists amid the central government’s continuing crackdown on civil society under President Xi Jinping.

The passing of the law comes a day before July 1, the anniversary of Hong Kong’s handover from British colonial rule to China in 1997. It has become an annual day of protests in the city, but for the first time since handover police have not given permission to protesters to hold peaceful demonstrations.

The law’s passing is expected to fuel further anger and protests in the city, which was rocked by over six months of increasingly violent anti-government unrest last year.

Opponents of the law say it marks the end of the “one country, two systems” — a principle by which Hong Kong has retained limited democracy and civil liberties since coming under Chinese control.

Crucially, those freedoms include the right to assembly, a free press, and an independent judiciary, rights that are not enjoyed on the Chinese mainland.

Chinese Communist Party officials and state media have defended the law as vital to protecting national security in the wake of last year’s protests and a 17-year failure by the Hong Kong government to pass similar legislation, since the last effort was met with mass protests in 2003.

In a blueprint of the legislation revealed by Chinese state media Xinhua on June 22, mainland Chinese officials will be allowed to operate in Hong Kong for the first time and give Beijing the power to override local laws.

In a statement last week, Lam said the law would ensure “the long-term prosperity and stability of Hong Kong,” and that it would “only target an extremely small minority of people.” She said the proposed bill was “in line with the rule of law” and the “rights and freedoms which are applicable in Hong Kong under the Basic Law and relevant international covenants.”

According to the blueprint, Beijing will establish a national security office, staffed by mainland security services to supervise local authorities in policing the law. A national security commission will also be set up, with a Beijing-appointed adviser and operating under “the supervision of the central government.”

Additionally, Hong Kong’s top official, the Chief Executive, will pick which judges hear national security cases, while mainland Chinese authorities will be able to “exercise jurisdiction” over cases in special circumstances — a controversial clause that raises the prospect that certain crimes in Hong Kong could result in trials on the mainland.

Many in the city have decried the lack of transparency over the legislation. In a letter to the Hong Kong government, Philip Dykes, chairman of the Hong Kong Bar Association said the secrecy of the law was “genuinely extraordinary” and called on the government to make clear how citizens’ minimum rights will be guaranteed.

Joshua Wong, an activist who who helped lead massive pro-democracy protests in Hong Kong in 2014 said on Twitter that it “marks the end of Hong Kong that the world knew before.”

He said Hong Kong “will continue to fight for our freedoms and democracy for the city’s next generations. When justice fails, our fight goes on.”

Following news of the legislation passing, Hong Kong democracy group Demosisto, which was formed as a political party by Wong in 2016, said it will “disband and cease all operation as a group given the circumstances.”

It comes after Wong and other activist leaders, Nathan Law and Agnes Chow, said they would be withdrawing from Demosisto because of the threat posed by the law.

Wong and other activists have met with foreign diplomats and testified before the US Congress on Hong Kong’s freedoms since the large-scale pro-democracy protests broke out last summer.

Jimmy Lai, a Hong Kong media tycoon known for his outspoken support of the city’s pro-democracy movement, said the law “spells a death knell to Hong Kong because it supersedes our law and our rule of law.”

“The democratic movement will have to adjust its strategy because it’s a fact that a lot of the people in the democratic movement are scared — either they find ways to leave or emigrate or to sidestep the movement.” Lai, who was arrested in February in relation to a protest march, said he would stay in the city and “keep on fighting.”

“The speed and secrecy with which China has pushed through this legislation intensifies the fear that Beijing has calculatingly created a weapon of repression to be used against government critics, including people who are merely expressing their views or protesting peacefully,” said the head of Amnesty International’s China Team, Joshua Rosenzweig.

Taiwan’s President Tsai Ing-wen said reports on China passing the security law “proves that ‘one country, two systems’ is not credible.” Tsai said that Taiwan will start an office from July 1, which will “provide humanitarian aid for our friends in Hong Kong.”

On Monday, US Secretary of State Mike Pompeo announced an end to the exports of US-origin defense equipment and and dual-use technologies to Hong Kong. Pompeo said the move was necessary to protect American national security as the tensions between the US and China continue to escalate.

“As Beijing moves forward with passing the national security law … We can no longer distinguish between the export of controlled items to Hong Kong or to mainland China,” Pompeo said.

This is the first action the US government has taken to upend the special status trade relationship between the US and Hong Kong, following the determination that Hong Kong was no longer autonomous from China due to Beijing imposing the national security law on the city.

It comes as Beijing on Monday said it would impose visa restrictions on certain Americans in response to Washington’s move last week to place similar limits on Chinese officials over Hong Kong.