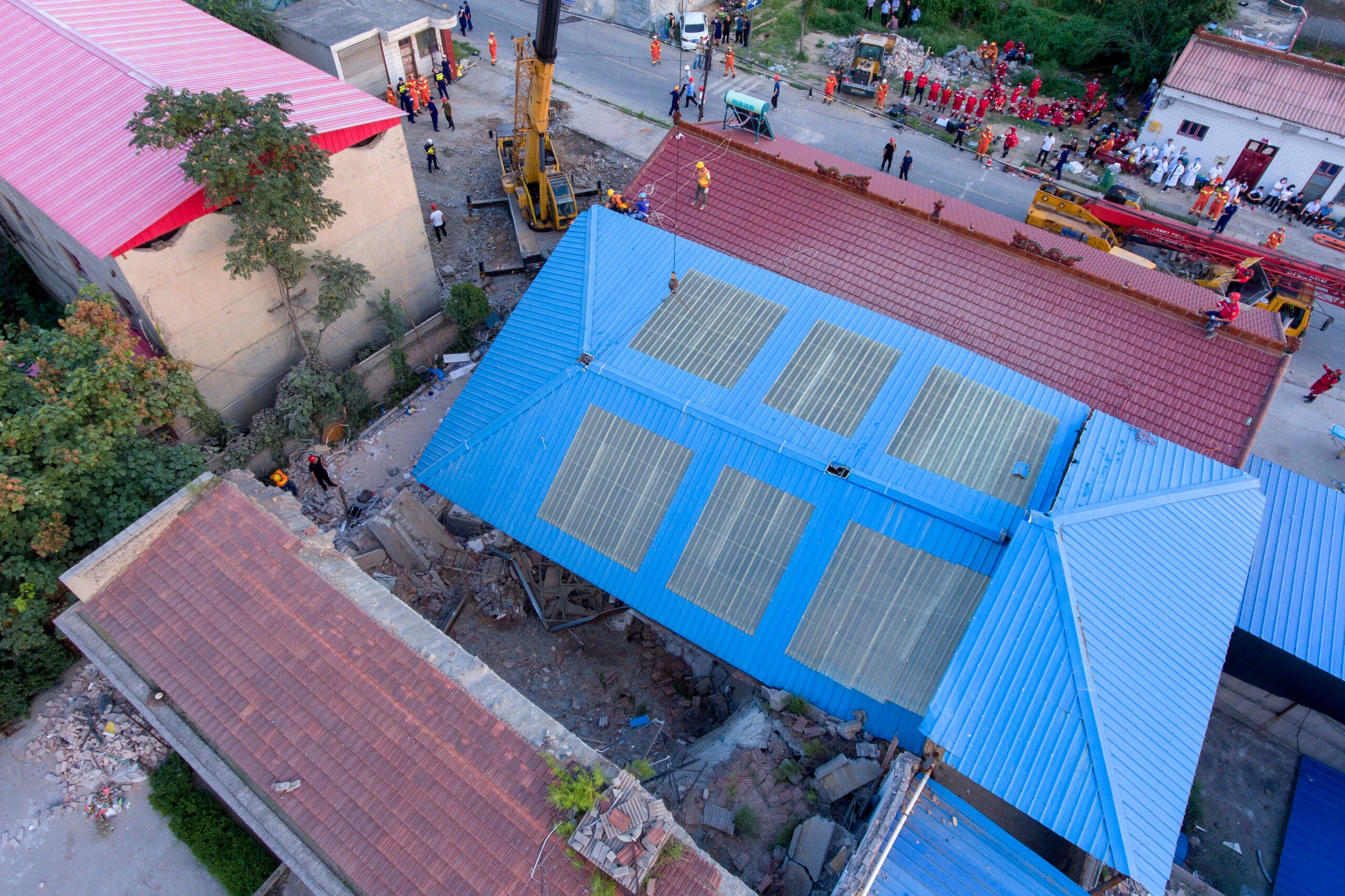 In this aerial photo released by Xinhua News Agency, rescue workers are seen near the site of a collapsed two-story restaurant in Xiangfen County of Linfen City, northern China's Shanxi Province, Saturday, Aug. 29, 2020. Rescue efforts ended at the two-story restaurant in the northern China village that collapsed during an 80th birthday celebration for a resident, leaving more than two dozen dead, authorities said Sunday. (Yang Chenguang/Xinhua via AP)
by: The Associated Press
Posted: Aug 30, 2020 / 07:52 AM EST / Updated: Aug 30, 2020 / 07:52 AM EST

The Ministry of Emergency Management said another 28 people were injured, seven of them seriously, when the building suddenly crumbled on Saturday.

There was no immediate word on what caused the collapse or on the fate of the birthday guest and other celebrants.

The official China Daily newspaper said the building collapsed at 9:40 a.m. Saturday. It said the Cabinet’s Work Safety Commission would oversee the investigation into the accident’s cause.

While China has seen major improvements in industrial safety, building standards are sometimes ignored, particularly in rural areas such as Shanxi province’s Xiangfen county, about 630 kilometers (400 miles) southwest of Beijing, where the restaurant was located.

The region lies in the heart of China’s coal country, where thousands of miners have died in explosions, collapses and floods over the years.