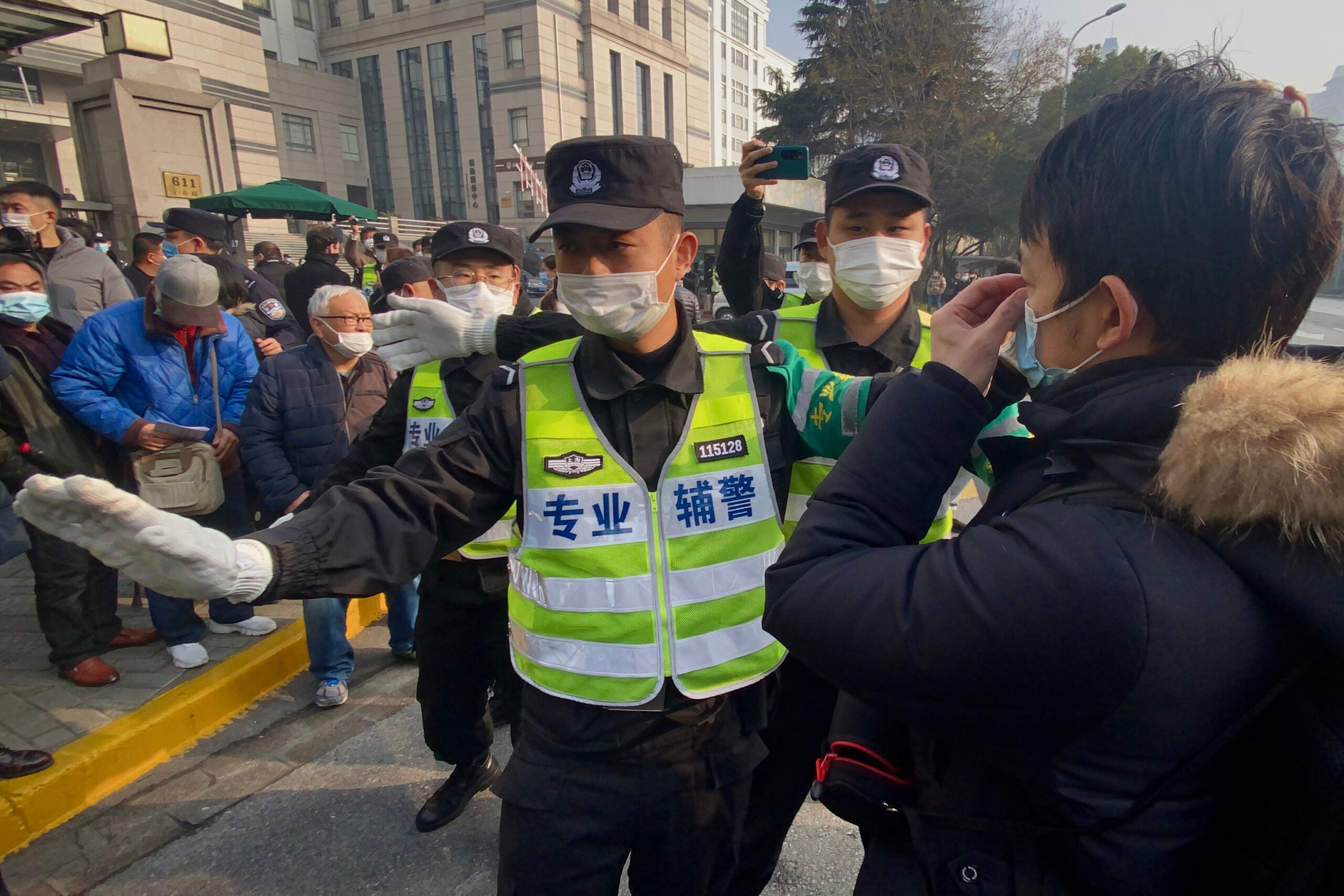 Police attempt to stop journalists from recording footage outside the Shanghai Pudong New District People's Court, where Chinese citizen journalist Zhang Zhan - who reported on Wuhan's Covid-19 outbreak and placed under detention since May - is set for trial in Shanghai on December 28, 2020. (Photo by Leo RAMIREZ / AFP) (Photo by LEO RAMIREZ/AFP via Getty Images)
by: Nectar Gan and James Griffiths, CNN
Posted: Dec 28, 2020 / 08:08 AM EST / Updated: Dec 28, 2020 / 08:08 AM EST

(CNN) — An independent Chinese journalist who reported from Wuhan at the height of the initial coronavirus outbreak has been jailed for four years by a Shanghai court, her lawyer said Monday.

Zhang Zhan, 37, was found guilty of “picking quarrels and provoking trouble,” according to one of her defense lawyers Zhang Keke, who attended her hearing. The offense is commonly used by the Chinese government to target dissidents and human rights activists.

A former lawyer, Zhang traveled some 400 miles from Shanghai to Wuhan in early February to report on the pandemic and subsequent attempts to contain it, just as the authorities began reining in state-run and private Chinese media.

For more than three months, she documented snippets of life under lockdown in Wuhan and the harsh reality faced by its residents, from overflowing hospitals to empty shops. She posted her observations, photos and videos on Wechat, Twitter and YouTube — the latter two of which are blocked in China.

Her postings came to an abrupt stop in mid-May, and she was later revealed to have been detained by police and brought back to Shanghai. According to Amnesty International, at one point during her detention Zhang went on hunger strike, during which time she was shackled and force fed, treatment the group said amounted to torture.

Her lawyer Zhang Keke, who visited Zhang earlier this month while she was in detention, described on social media that Zhang had a feeding tube attached to her nose and mouth. He said her hands were tied to prevent her from removing the device, and that she suffered from constant headache and pain in her stomach and throat.

CNN did not immediately receive a response from China’s Ministry of Foreign Affairs on allegations of Zhang’s mistreatment in detention.

Zhang’s lawyer said she attended Monday’s hearing in a wheelchair, as she had become frail during her time in detention.

In her indictment, prosecutors accused her of “publishing large amounts of fake information” and receiving interviews from overseas media outlets, including Radio Free Asia and the Epoch Times, to “maliciously stir up the Wuhan Covid-19 epidemic situation.”

But Zhang’s lawyer said the prosecutors did not display any concrete evidence of the “fake information” Zhang was accused of fabricating during the court proceedings. He added that his client, in a gesture of protest, barely spoke during the trial and refused to plead guilty.

Zhang is the first citizen journalist known to have been sentenced for her role in reporting on the coronavirus pandemic. But it is not her first run in with the authorities.

According to her indictment, she was twice detained for 10 days in 2019 for “picking quarrels and provoking trouble,” but the document did not specify what had resulted her detention.

Zhang is one of a number of independent reporters who have been detained or disappeared in China since the beginning of the pandemic, as the authorities clamped down on coverage of the virus and propaganda outlets went into overdrive portraying Beijing’s response as effective and timely.

In February, Chen Qiushi, who had live-streamed videos from Wuhan during the city’s lockdown and posted reports on social media, disappeared. In September, he was reported to be under “state supervision.” Two other independent journalists — Li Zehua and Fang Bin — were also detained following their coverage of the Wuhan outbreak.

“Under the guise of fighting the novel coronavirus, authorities in China have escalated suppression online by blocking independent reporting, information sharing, and critical comments on government responses,” Chinese Human Rights Defenders, a Hong Kong-based group, said in a report earlier this year.

China is the biggest jailer of journalists in the world, according to Reporters Without Borders (RSF), and tightly controls the press at home while blocking most foreign media outlets via the Great Firewall, its vast online censorship and surveillance apparatus.

In March, China expelled journalists from the New York Times, Washington Post and Wall Street Journal, in an unprecedented move against the foreign press. Beijing said the move — which came amid a wave of critical reporting about China’s initial response to the coronavirus — was a response for recent restrictions by Washington on how Chinese state media operates in the US.

While sporadic outbreaks have popped up and been swiftly suppressed with lockdowns and quarantines, China has largely controlled the virus, allowing the country to return to relative normality.

Restrictions on the press, however, have not lifted, and Chinese state media has begun aggressively pushing an alternative origin story for the pandemic, with claims the coronavirus may have been circulating outside of the country prior to the initial outbreak in Wuhan. 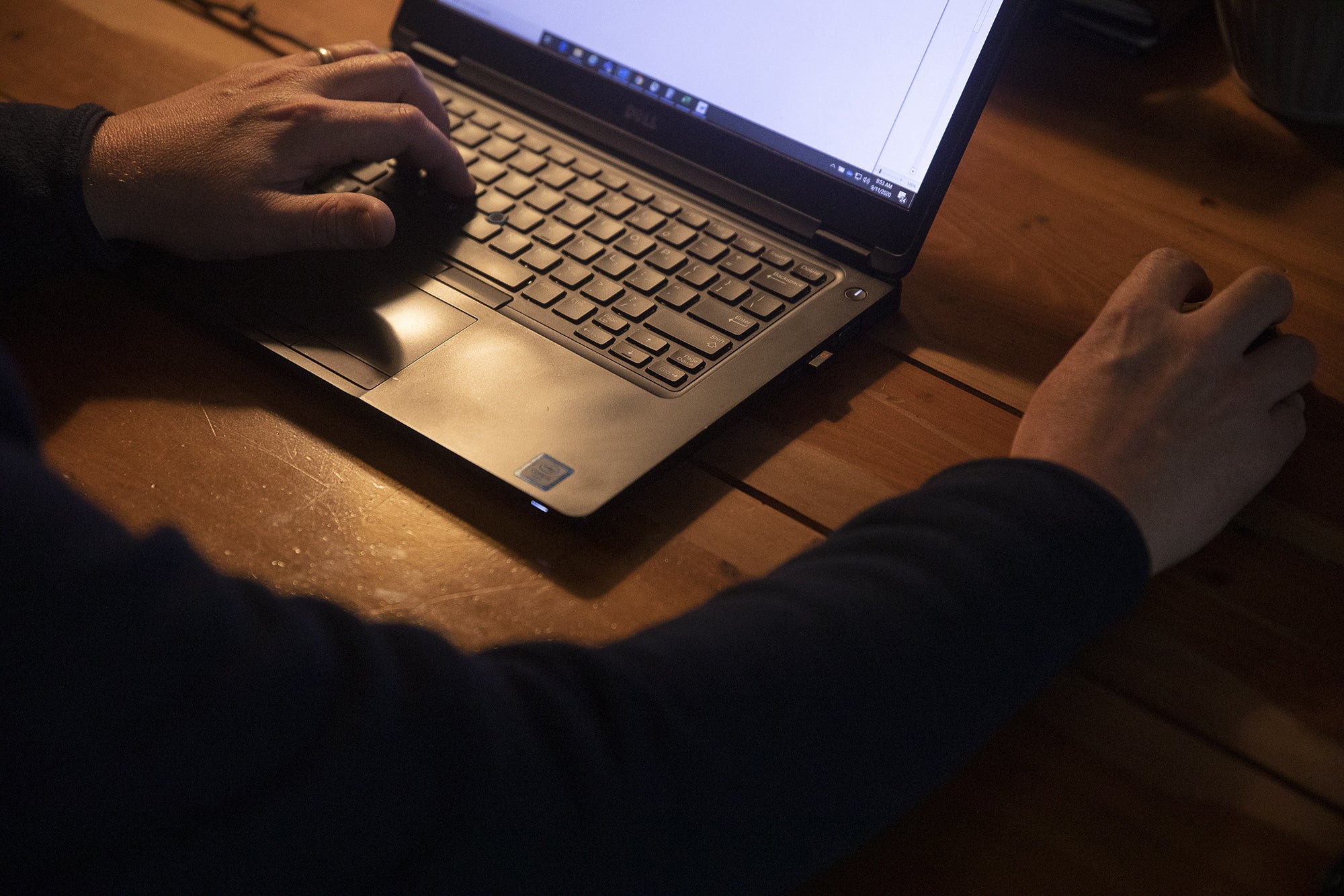