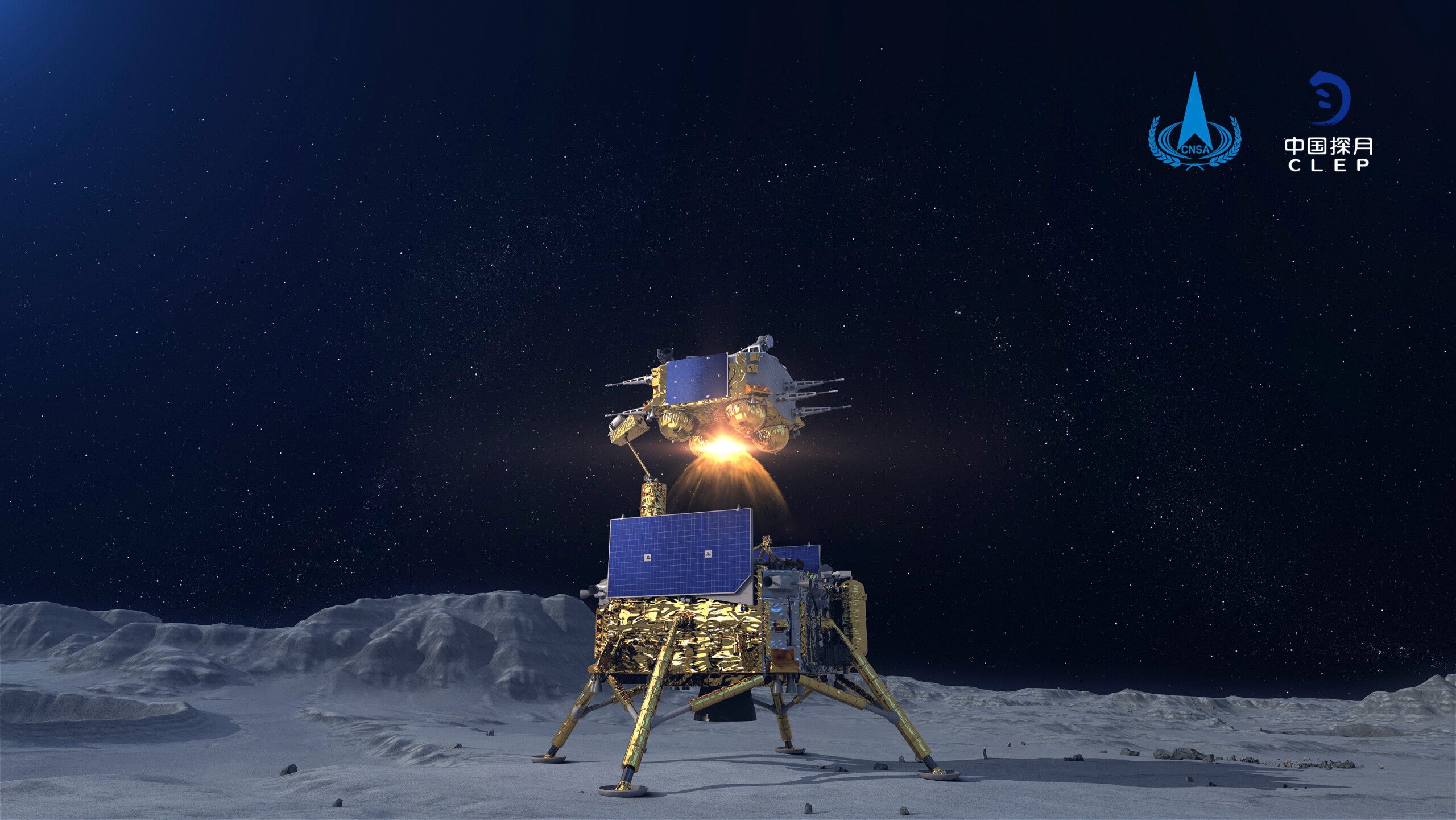 In this China National Space Administration (CNSA) photo released by Xinhua News Agency, a simulated image of the ascender of Chang'e-5 spacecraft blasting off from the lunar surface at the Beijing Aerospace Control Center (BACC) in Beijing on Dec. 3, 2020. The Chinese lunar probe lifted off from the moon Thursday night with a cargo of lunar samples on the first stage of its return to Earth, state media reported. (China National Space Administration/Xinhua via AP)
by: Associated Press
Posted: Dec 6, 2020 / 08:43 PM EST / Updated: Dec 6, 2020 / 08:44 PM EST

BEIJING (AP) — A Chinese probe that landed on the moon transferred rocks to an orbiter Sunday in preparation for returning samples of the lunar surface to Earth for the first time in almost 45 years, the country’s space agency announced.

The ascent stage of the Chang’e spacecraft made the transfer after docking with the robot spacecraft orbiting the moon at 5:42 a.m. Sunday (2142 GMT Saturday), according to the China National Space Administration. A container with 2 kilograms (4.4 pounds) of rocks was transferred to the orbiter 30 minutes later and the ascent stage then separated from the rest of the spacecraft after about seven hours, CNSA said.

If the mission succeeds, it will make China the third country after the United States and former Soviet Union to bring moon rocks to Earth. A capsule carrying the rock samples is due to land in China’s northern grasslands in the Inner Mongolia region in mid-December. They will be the first fresh samples of the lunar surface obtained by scientists since the Soviet Union’s Luna 24 probe in 1976.

The Chang’e ascent stage blasted off from the moon’s surface on Friday, leaving behind the lander module flying the Chinese flag, according to CNSA, which also released a photo taken by the orbiter showing it approaching for its rendezvous with the ascender.

China is in the midst of a series of increasingly ambitious space missions including a probe en route to Mars and development of a reusable space plane. The Chang’e lunar program, named after the ancient Chinese moon goddess, is also operating a probe on the moon’s less explored far side and plans call for returning a human to the moon five decades after American astronauts, although no timeline has been offered.