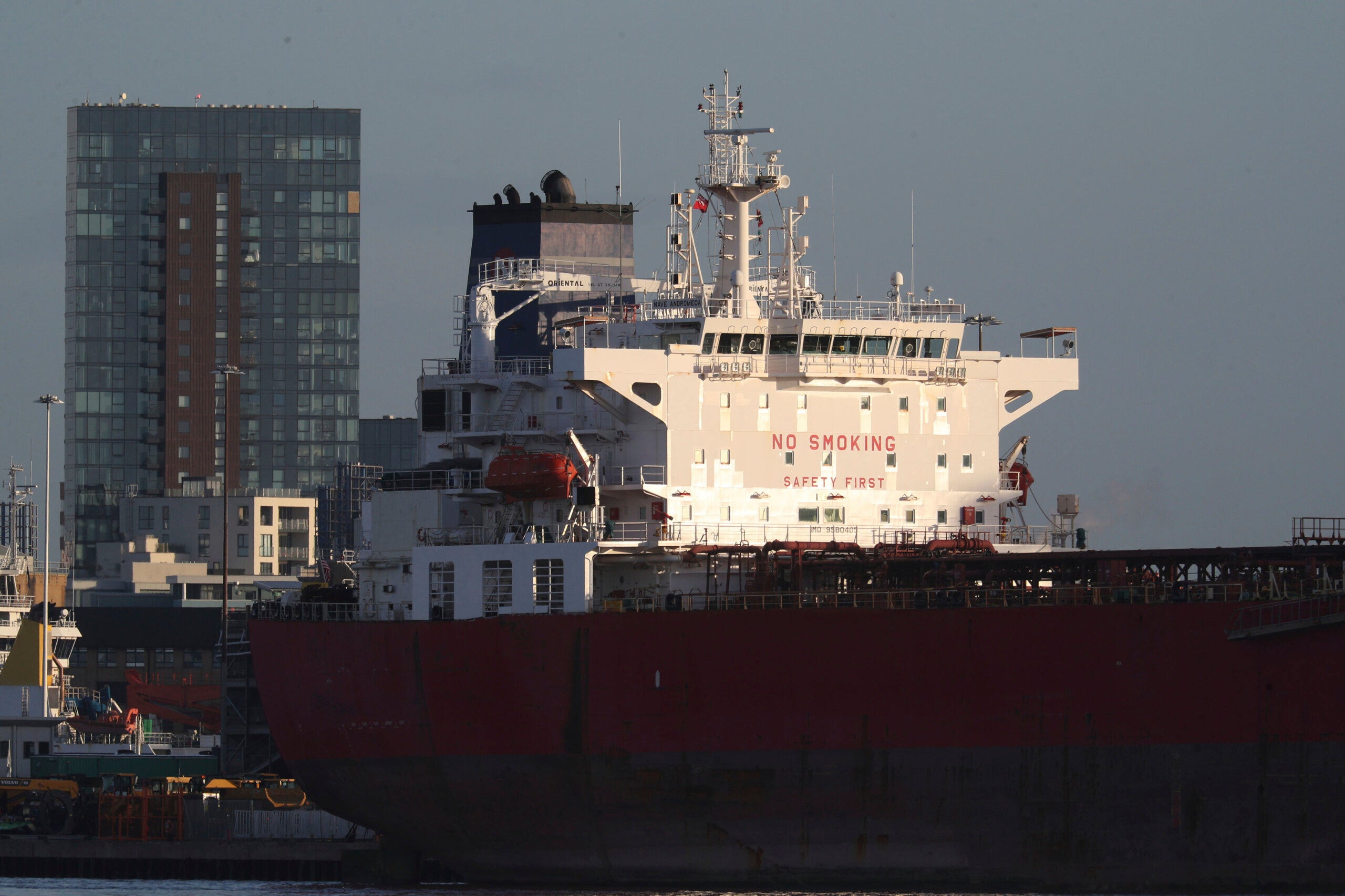 The Nave Andromeda oil tanker is docked next to the Queen Elizabeth II Cruise Terminal in Southampton, England, Monday, Oct. 26, 2020. The U.K. military seized control of the oil tanker that dropped anchor in the English Channel after reporting it had seven stowaways on board who had become violent. (Andrew Matthews/PA Wire via AP)
by: Associated Press
Posted: Oct 26, 2020 / 07:09 AM EST / Updated: Oct 26, 2020 / 07:09 AM EST

LONDON (AP) — All crew members of an oil tanker that was stormed by British naval special forces after a group of stowaways threatened violence are “safe and well,” the ship‘s operator confirmed Monday.

Seven people were detained in the raid, which unfolded in the English Channel after darkness fell on Sunday. Special Boat Service commandos were lowered by rope from helicopters onto the Nave Andromeda, whose crew had locked themselves in a secure part of the ship known as the citadel. Within minutes, the stowaways were in custody.

The Special Boat Service is the elite maritime counter-terrorism unit of the Royal Navy.

Navios Tanker Management, which operates the Liberian-registered vessel, said the ship’s master became “concerned for the safety of the crew due to the increasingly hostile behavior of the stowaways.” It said in a statement that all crew members were “safe and well.”

The ship had left Lagos, Nigeria on Oct. 6 and had been due to dock in Southampton on Sunday morning. The raid followed a 10-hour standoff as the tanker circled an area a few miles southeast of the Isle of Wight, south of Southampton.

“I commend the hard work of the armed forces and police to protect lives and secure the ship,″ Wallace said. “In dark skies and worsening weather, we should all be grateful for our brave personnel.″