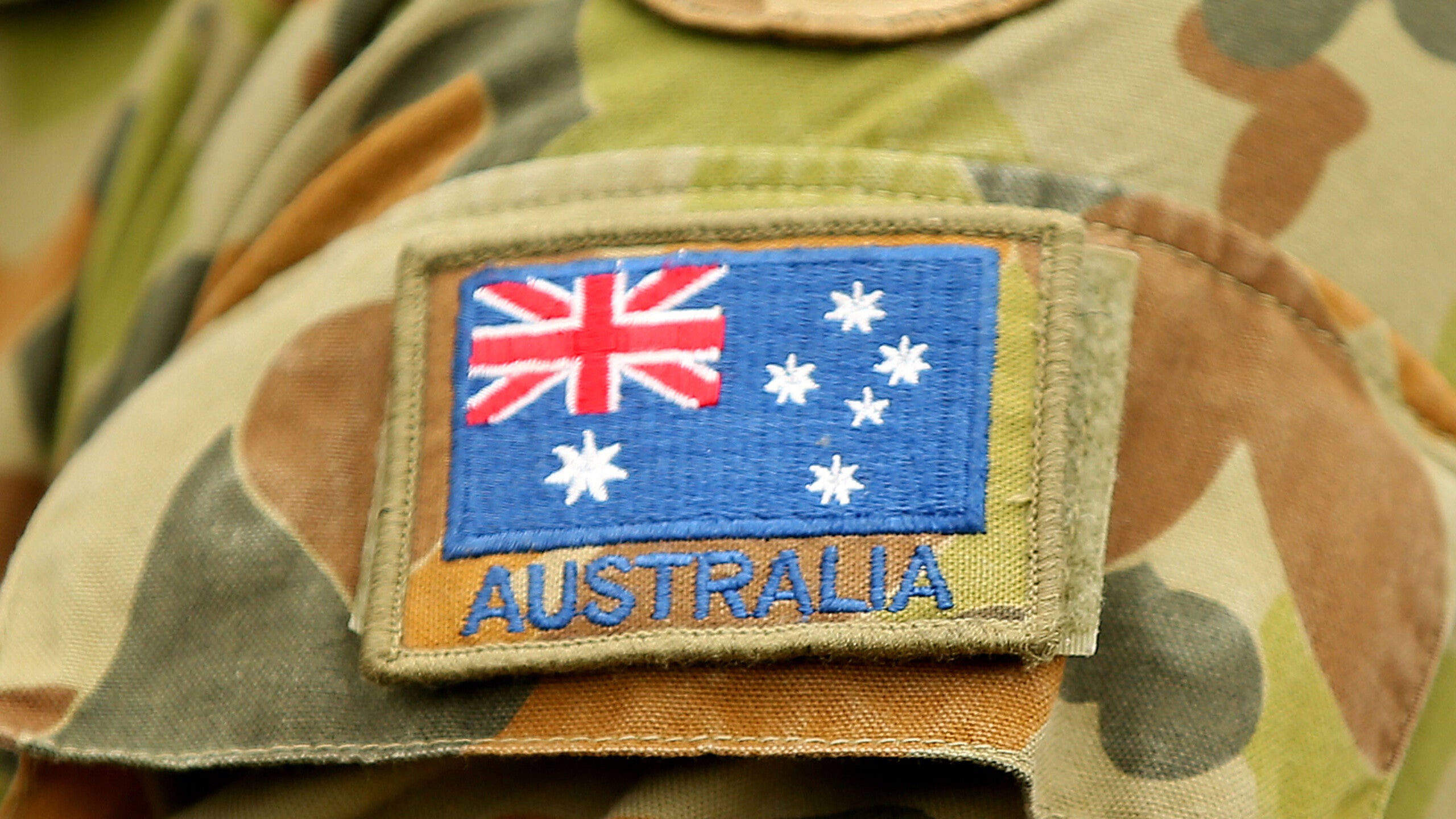 SEYMOUR, AUSTRALIA - MAY 09: A detail of the flag of Australia on an Australian Army soldier on May 09, 2019 in Seymour, Australia. Exercise Chong Ju is an annual live fire training exercise and firepower demonstration at the Australian Army's Combined Arms Training Centre showcasing Army as a versatile, decisive force. (Photo by Scott Barbour/Getty Images via CNN)
by: Angus Watson, Ben Westcott and Brad Lendon, CNN
Posted: Nov 19, 2020 / 09:12 AM EST / Updated: Nov 19, 2020 / 09:12 AM EST

(CNN) — Australian elite forces allegedly killed 39 Afghans civilians and prisoners unlawfully in an environment where “blood lust” and “competition killings” were reportedly a norm, according to a long-awaited official report.

Speaking Thursday, chief of the Australian Defense Force Gen. Angus Campbell said there had been a “warrior culture” among some members of Australia’s special forces serving in Afghanistan.

One alleged incident, the details of which have been redacted to protect the identities of those involved, is referred to in the document as “possibly the most disgraceful episode in Australia’s military history.”

The Australian Defense Force’s (ADF) four-year inquiry into alleged war crimes in Afghanistan alleges that some patrol commanders, who were treated as “demigods,” required junior soldiers to shoot prisoners to achieve their first kill, in a process known as “blooding.” The report presents what it says is “credible information” that weapons or handheld radios were then sometimes allegedly placed by a body to make it seem like the person had been killed in action.

None of the 39 alleged unlawful killings happened in the heat of battle, according to the report, and the Afghans who died were non-combatants or no longer combatants.

Campbell “sincerely and unreservedly” apologized to the people of Afghanistan for the conduct alleged in the report. “It would have devastated the lives of Afghan families and communities, causing immeasurable pain and suffering,” he said.

The ADF is recommending that Australia’s Federal Police (AFP) investigate 19 individuals from the Australian Special Forces over 36 alleged war crimes, including murder and cruel treatment of non-combatants in Afghanistan between 2009 and 2013.

Campbell said he had accepted all of the inquiry’s 143 recommendations.

In March 2016, an inquiry was set up by the Australian Defense Force, under the leadership of Maj. Gen. Paul Brereton, to investigate allegations that Australian special forces had “breached the law of armed conflict in Afghanistan between 2005 and 2016.”

Australia’s role in the war in Afghanistan was split into two phases — Operation Slipper from 2001 until 2014, after which the Afghan security forces took over the majority of the fighting, and then the ongoing Operation Highroad, which began in 2015.

More than 26,000 Australian soldiers served in Afghanistan during Operation Slipper, 41 of whom died while fighting there. There are still about 80 personnel from the Australian Defense Forces in Afghanistan, according to the Department of Defense website, mostly involved in support and training.

Campbell said that some of the soldiers who had been accused of war crimes in the report were still serving in Australia’s military.

“I have directed the Chief of Army to on a case-by-case basis review the circumstance and nature of that service, and he will be doing that immediately,” Campbell said.

Hours before the bombshell report was released, Australian Prime Minister Scott Morrison reached out to Afghanistan President Ashraf Ghani over the alleged misconduct of Australian troops in Afghanistan, according to a statement released by the Afghan government.

“(Morrison) assured the President of the Islamic Republic of Afghanistan of the investigations and to ensuring justice,” the statement said. Australian Foreign Minister Marise Payne also sent a letter extending her apologies, the Afghanistan government said.

Nishank Motwani, deputy director of the Afghanistan Research and Evaluation Unit in Kabul, said the inquiry’s report was likely to leave Afghans feeling “a sense of despair, vindication and anger that foreign forces can so easily get away with cold-blooded murder.”

“The report will allow the Taliban to blame foreign forces for the suffering of Afghan civilians even though Taliban fighters are responsible for the deaths of over 100,000 civilians in the past decade,” he said, adding that any remaining Australian personnel in Afghanistan may be under threat of retaliation.

The sort of brutality alleged in the report is damaging to coalition efforts, said William Maley, professor of diplomacy at Australian National University.

“If you’re to achieve a strategic outcome which will preserve your objectives you do it by showing you’re better than the other side. If you get down to their level, you’ve really lost it,” Maley said.

Troops from the United States and United Kingdom, two of Australia’s coalition partners in Afghanistan, have also faced allegations of committing unlawful killings.

According to US military prosecutors, a group of US Army soldiers killed Afghan civilians for sport beginning in January 2010.

The case drew international outrage when Der Spiegel, a German news magazine, published photos that showed two of the soldiers posing over dead bodies of Afghans. In November 2011, the mastermind of what was called a “kill team,” Staff Sgt. Calvin R. Gibbs, was sentenced to life in military prison with eligibility for parole in 10 years.

A military court-martial found Gibbs guilty of murdering three Afghan civilians, illegally cutting off pieces of their corpses to keep as “souvenirs” and planting weapons to make the men appear as if they were Taliban fighters killed in legitimate firefights.

Five soldiers were convicted for various roles in the conspiracy. Six other soldiers, including one who posed for photos with a dead Afghan, accepted plea deals, the military has said.

Last year, US President Donald Trump pardoned two US Army soldiers who had served in Afghanistan. One of those had been found guilty in 2013 of second-degree murder for ordering his men to fire on three unarmed men on a motorcycle in Afghanistan. He was serving a 19-year prison sentence when Trump pardoned him. The other had been charged with the murder of a detained Afghan man in 2010, but was pardoned before trial.

Meanwhile, a UK inquiry into alleged unlawful killings by British troops in Afghanistan, Operation Northmoor, was shut down in 2017 without any charges being brought.

In a separate case, one British Royal Marine, was convicted in a court martial of murder for shooting an unarmed Taliban prisoner in 2011 and sentenced to life in prison.

His conviction was reduced to manslaughter on appeal and in 2017 he was released from prison after serving three years.