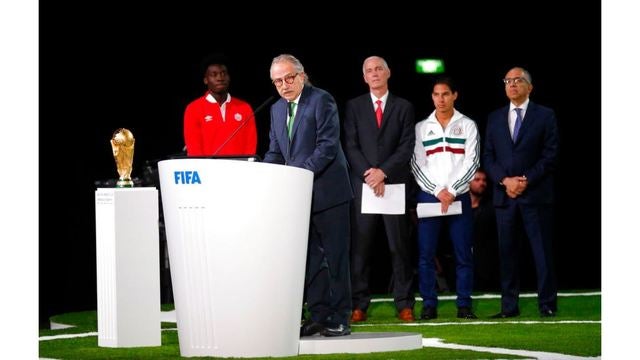 All three hosts should get automatic places in the lineup, and each host a game on opening day.

Morocco lost again with its fifth bid campaign in the past 30 years, including to the U.S. for the 1994 World Cup.

The 2026 tournament will return to the North American region 32 years after that U.S.-hosted edition. Mexico also hosted in 1970 and 1986.