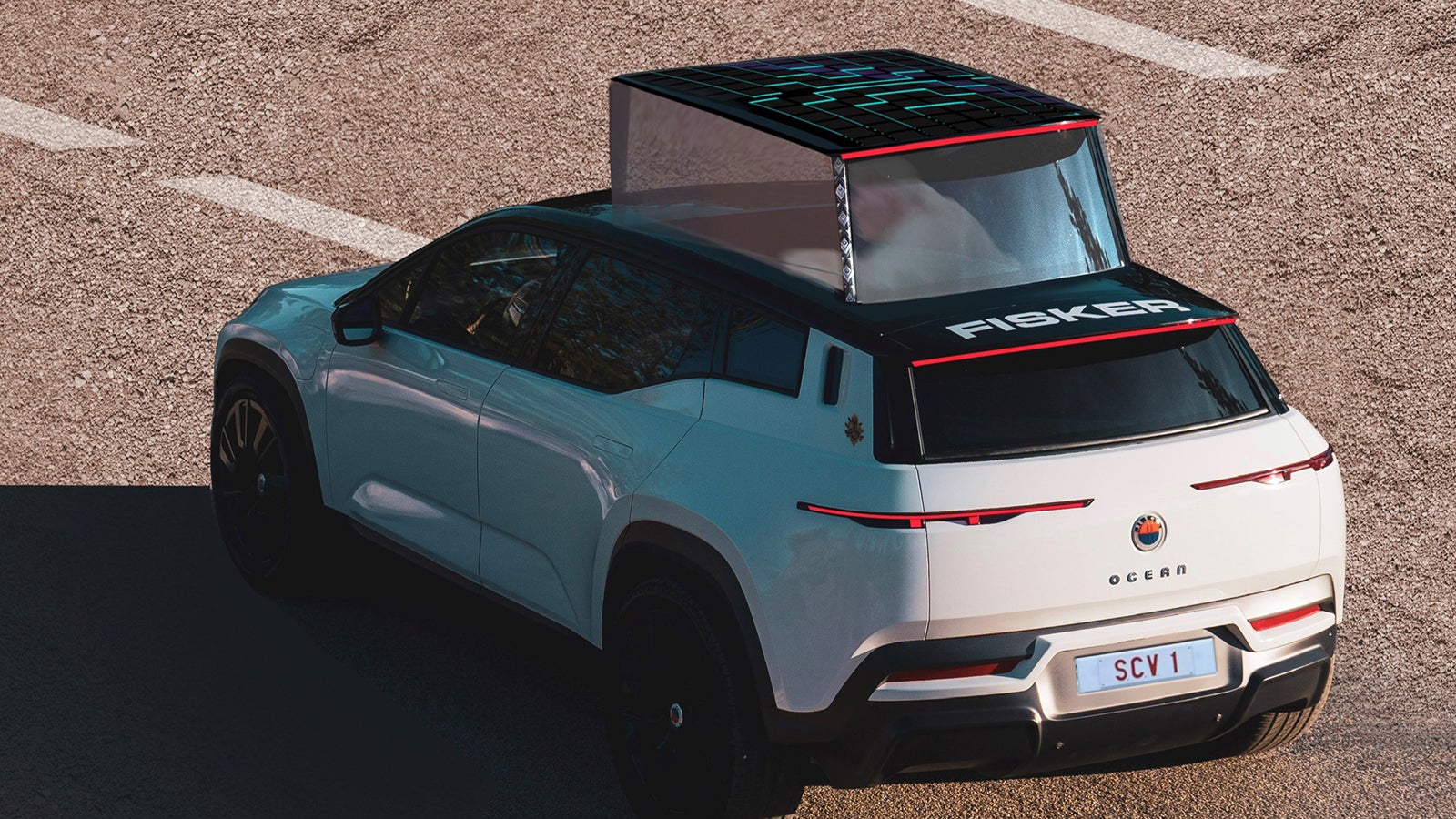 (CNN) — Fisker is set to develop the first all-electric popemobile based on its new Ocean SUV.

The co-founders of the American electric carmaking startup, Henrik Fisker and Geeta Gupta-Fisker, had a private audience with Pope Francis on Thursday to show off the new design.

The duo presented the Vatican with a concept of a modified Fisker Ocean, a sleek modern SUV with an all-glass cupola, giving crowds the best chance of seeing the pontiff. Fisker said it plans to deliver the one-of-a-kind vehicle to the Pope next year.

“I got inspired reading that Pope Francis is very considerate about the environment and the impact of climate change for future generations,” Henrik Fisker said in a statement. The interior of the vehicle will contain “a variety of sustainable materials, including carpets made from recycled plastic bottles from the ocean,” he added.

Fisker said it has received more than 16,000 orders for the Ocean, with production slated to begin on Nov. 17.

The popemobile is the name given to custom-built vehicles used to transport the Pope at public appearances. According to the United States Conference of Catholic Bishops, the vehicles are designed to protect the pontiff while allowing him to be visible to crowds.

Special equipment has in the past included a handrail for the Pope to hold while waving to crowds, and steps to allow easy access in and out of the vehicle. Pope Benedict XVI had two popemobiles, according to the Conference of Catholic Bishops, and one manufactured by Mercedes-Benz was shipped to the United States for his 2008 visit.

Mercedes-Benz, which is is owned by Daimler, has provided vehicles to the Pope since 1930, when Pope Pius XI received a Mercedes-Benz Nürburg 460 as a gift from the company. Mercedes-Benz says it also developed the first popemobile with a transparent superstructure for the visit of Pope John Paul II to Germany in 1980.

Mercedes-Benz claims that the popes themselves have held the vehicles in “high esteem.”

According to the carmaker, when an M-Class popemobile was handed over to Pope John Paul II in Rome in 2002, the pontiff asked the media to avoid using the term “papa-mobile” because it was “not commensurate with the dignity and purpose of these automobiles.”