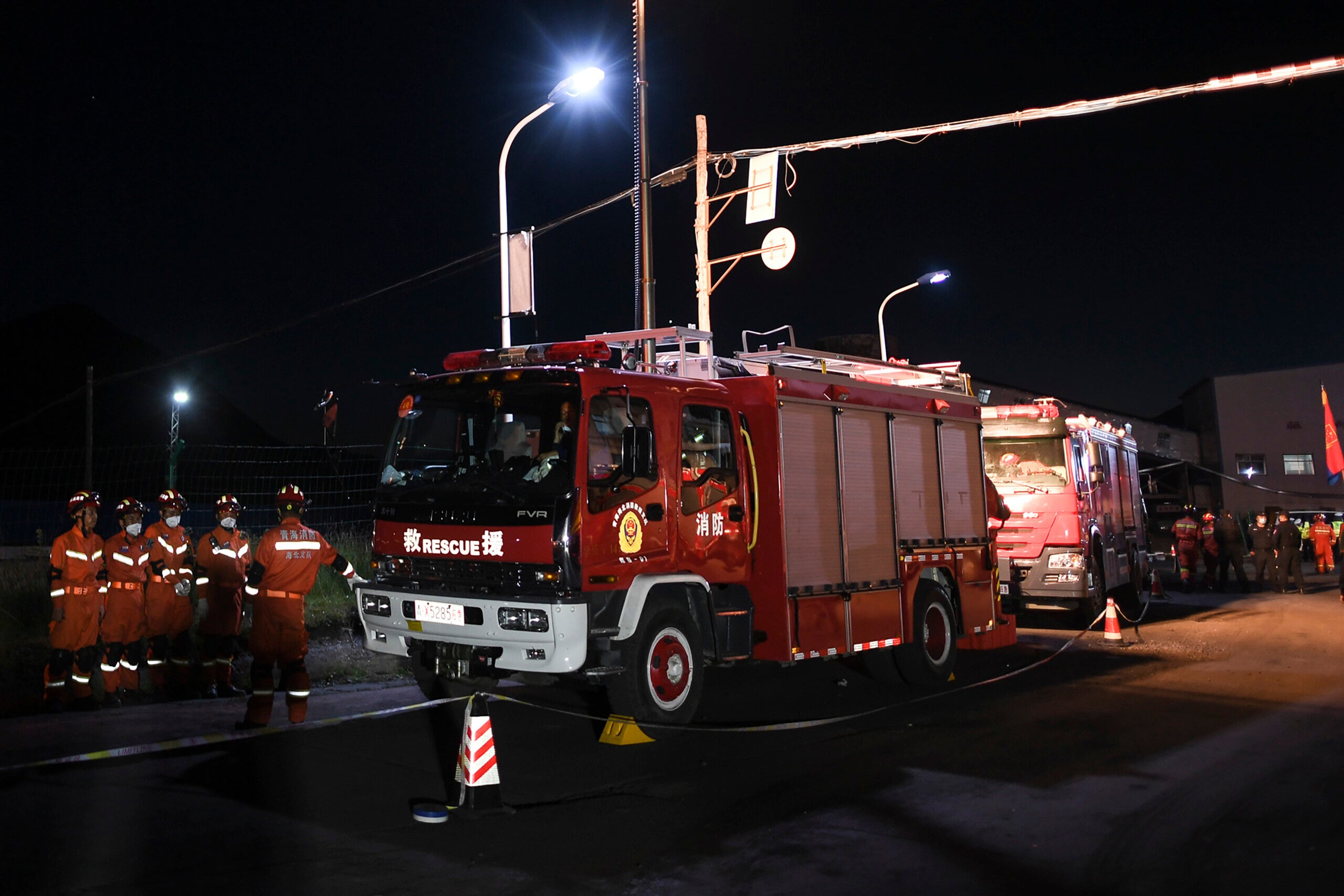 In this photo released by Xinhua News Agency, rescue workers gather at the site of a coal mine accident in Haibei Tibetan Autonomous Prefecture, northwestern China's Qinghai Province, on Saturday, Aug. 14, 2021. A team of 200 Chinese police, emergency workers and experts on Sunday were trying to reach 19 coal miners trapped in the flooded mine in the northwestern Qinghai province. (Wu Gang/Xinhua via AP)
by: Associated Press
Posted: Aug 15, 2021 / 11:45 AM EST / Updated: Aug 15, 2021 / 11:45 AM EST

BEIJING (AP) — A team of 200 Chinese police, emergency workers and experts is trying to rescue 19 trapped coal miners in the northwestern province of Qingha, after water flooded into the mine.

Rescuers have retrieved two workers, one of whom had died, state media Xinhua News Agency said.

Local authorities said in a press conference Sunday, the mine had been ordered by the province to stop operating and fix its safety issues on Aug. 2.