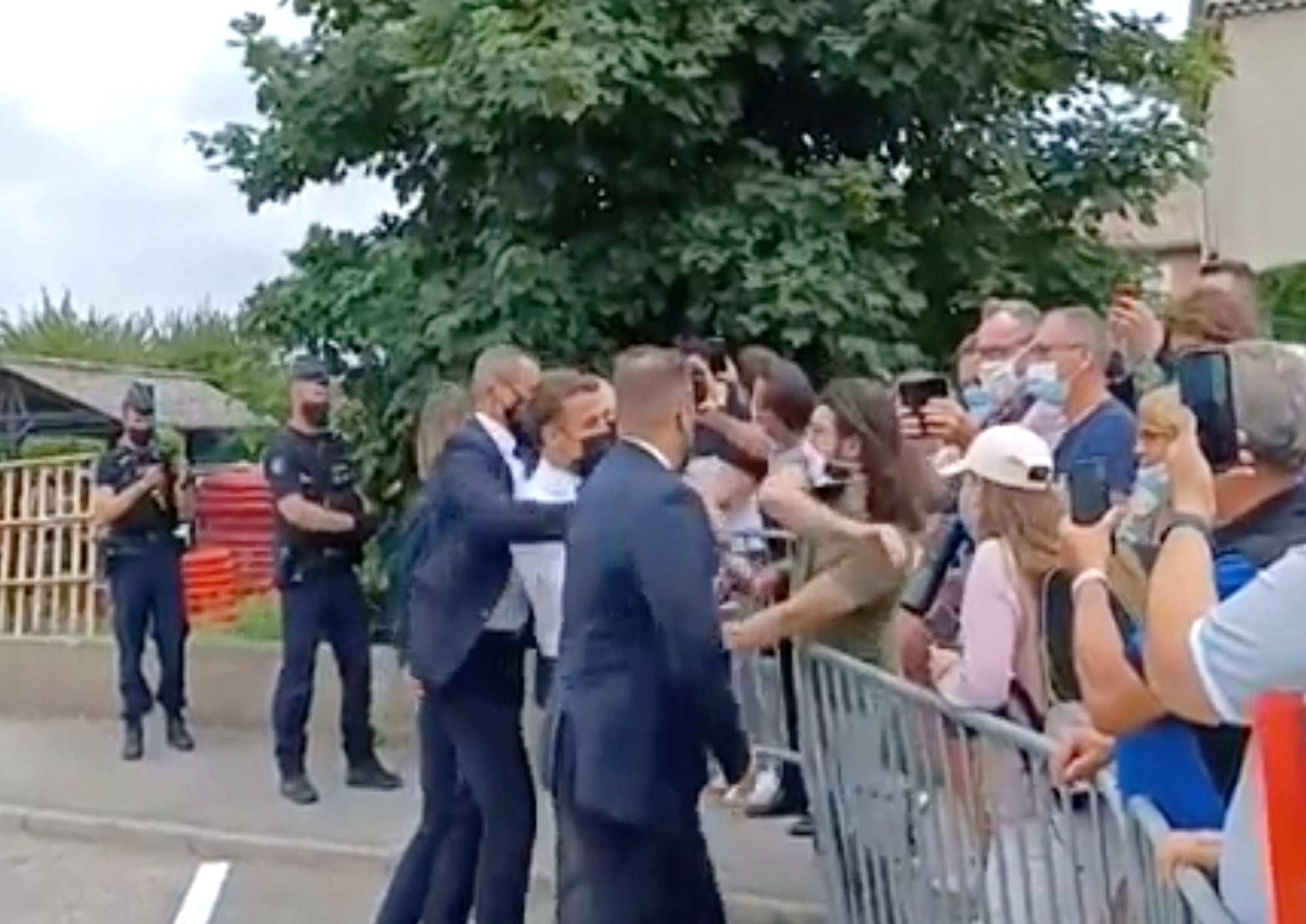 In this grab taken from video France's President Emmanuel Macron, centre, is slapped by a man, in green T-shirt, during a visit to Tain-l’Hermitage, in France, Tuesday, June 8, 2021. Macron denounced “violence” and “stupidity” after he was slapped in the face Tuesday by a man during a visit to a small town in southeastern France. The incident prompted a wide show of support for the head of state from politicians across the ideological spectrum. A video shows a man slapping Macron in the face and the president's bodyguards pushing the aggressor away as the head of state was quickly rushed from the scene in the town of Tain-l’Hermitage. (BFM TV via AP)
by: By NICOLAS VAUX-MONTAGNY Associated Press
Posted: Jun 10, 2021 / 11:58 AM EST / Updated: Jun 10, 2021 / 11:59 AM EST

VALENCE, France (AP) — A French court has sentenced a 28-year-old man to four months in prison for slapping President Macron in the face.

Damien Tarel was quickly arrested after the swipe that caught Macron’s left cheek with an audible thwack on Tuesday, as the French leader was greeting a crowd.

The court in the southeastern city of Valence convicted Tarel Thursday on a charge of violence against a person invested with public authority. He was given four months in prison and an additional 14-month suspended sentence, and also banned from ever holding public office and from owning weapons for five years.

Tarel described himself as a right-wing or extreme-right “patriot” and member of the yellow vest economic protest movement. He shouted a centuries-old royalist war cry as he hit the president. 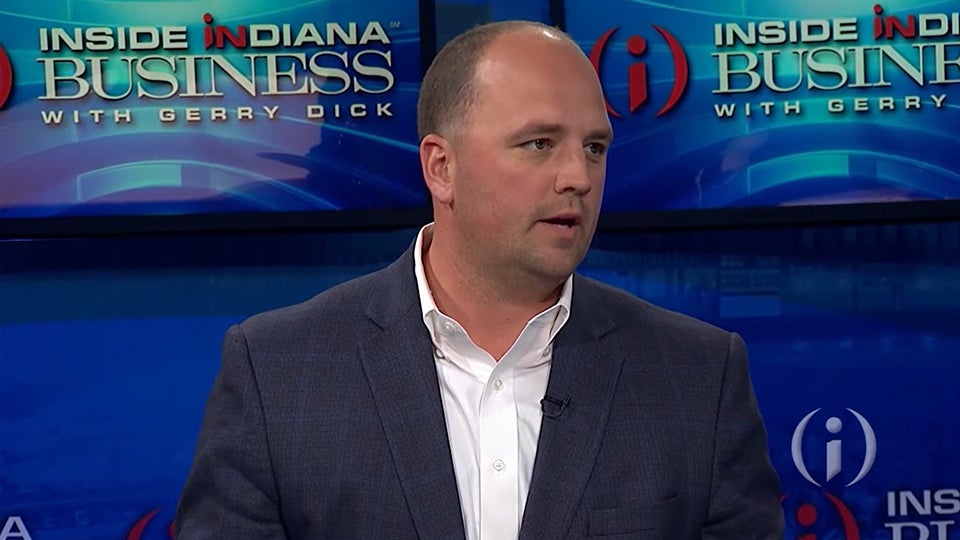