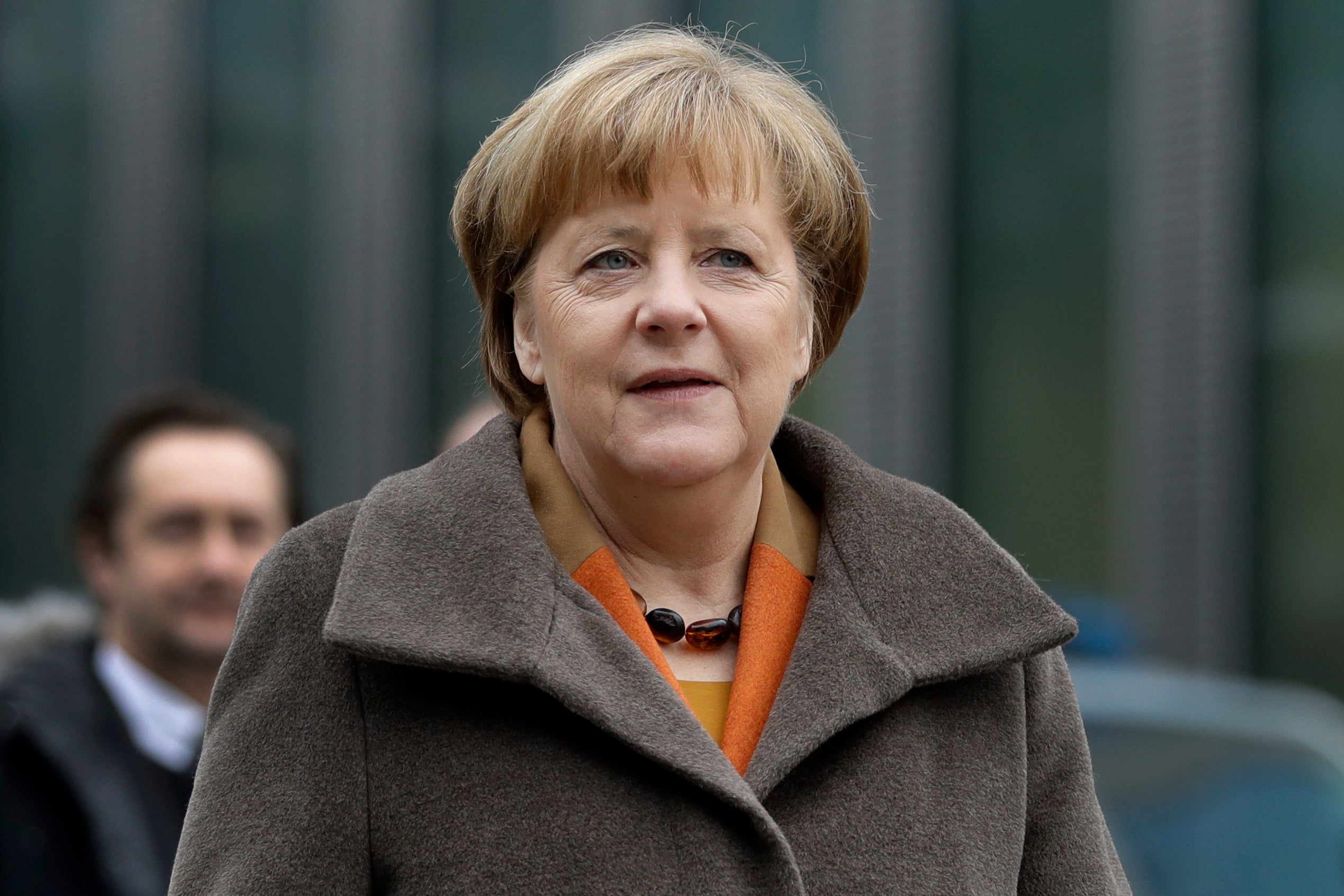 German chancellor and head of the German Christian Democrats, Angela Merkel, arrives for a party meeting in Munich, Germany, Monday, Feb. 6, 2017. Merkel is meeting her Bavarian conservative allies in a show of unity following a long-running argument over migrant policy, setting the scene for a joint campaign for German elections in September. (AP Photo/Matthias Schrader)
by: Associated Press
Posted: Jan 11, 2021 / 07:34 AM EST / Updated: Jan 11, 2021 / 07:34 AM EST

Twitter permanently suspended Trump from the microblogging platform on Friday, citing a “risk of further incitement of violence” in the wake of the storming of the U.S. Capitol by supporters of the outgoing president.

Asked about Twitter’s decision, Merkel’s spokesman, Steffen Seibert, said the operators of social media platforms “bear great responsibility for political communication not being poisoned by hatred, by lies and by incitement to violence.”

He said it’s right not to “stand back” when such content is posted, for example by flagging it.

But Seibert also said that the freedom of opinion is a fundamental right of “elementary significance.”

“This fundamental right can be intervened in, but according to the law and within the framework defined by legislators — not according to a decision by the management of social media platforms,” he told reporters in Berlin. “Seen from this angle, the chancellor considers it problematic that the accounts of the U.S. president have now been permanently blocked.”

Merkel herself does not have a Twitter account, although Seibert does and many German government ministers do.