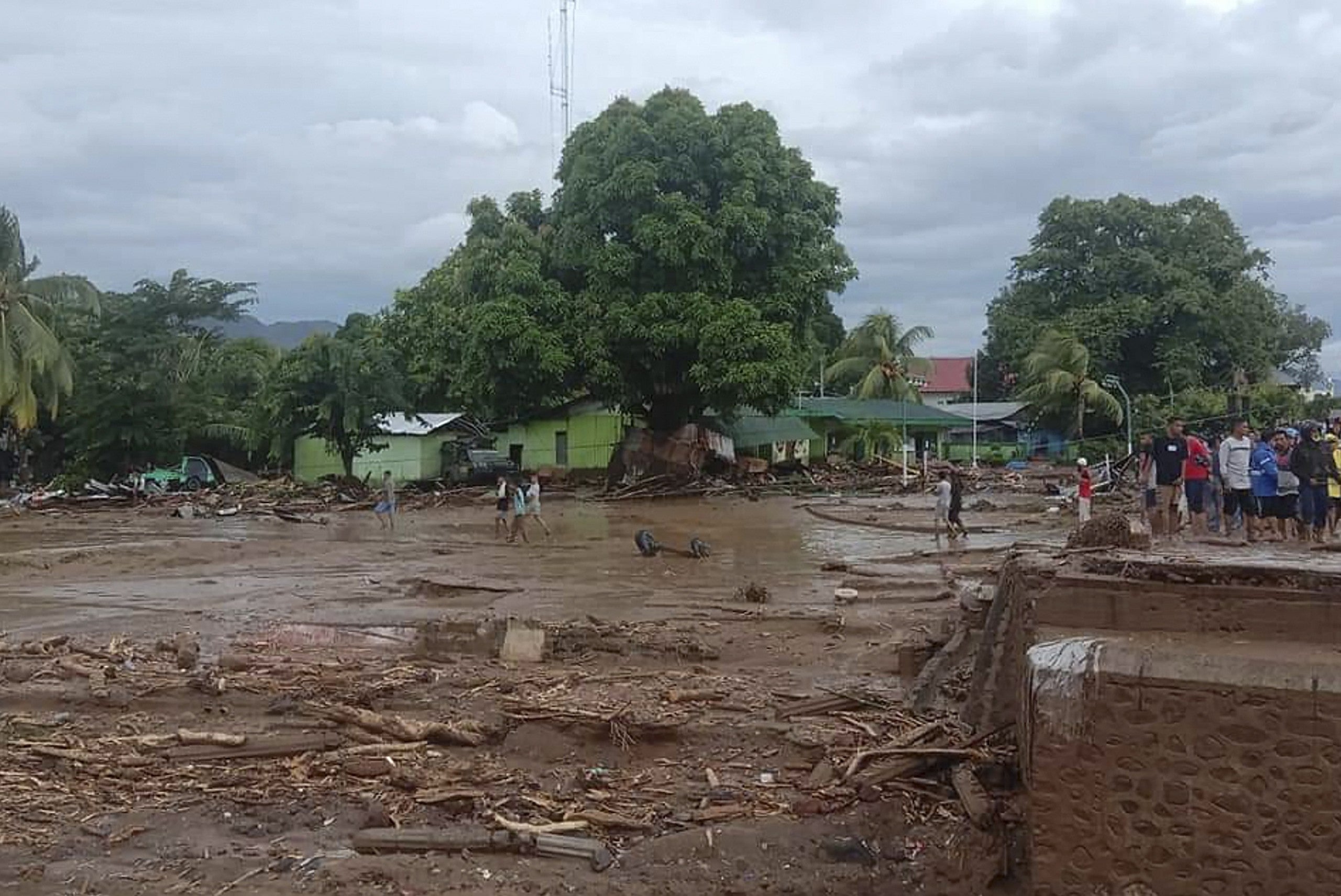 Mud tumbled down onto dozens of houses in Lamenele village from the surrounding hills shortly after midnight on Flores Island in East Nusa Tenggara province. Rescuers recovered 38 bodies and five injured, said Lenny Ola, who heads the local disaster agency.

The bodies of three people were found after being swept away by flash floods in Oyang Bayang village as 40 houses were destroyed, she said. Hundreds of people fled submerged homes, some of which were carried off by the floodwaters.

Seasonal downpours cause frequent landslides and floods and kill dozens each year in Indonesia, a chain of 17,000 islands where millions of people live in mountainous areas or near fertile flood plains.

Hundreds of people were involved in rescue efforts, but distribution of aid and relief was hampered by power cuts, blocked roads and the remoteness of the area that’s surrounded by choppy waters and high waves, said the National Disaster Mitigation Agency spokesperson, Raditya Jati.

Authorities were still collecting information about the full scale of casualties and damage in the affected areas, Jati said.

Photos released by the agency showed rescuers and police and military personnel taking residents to shelters, bridges cut while roads were covered by thick mud and debris.

Severe flooding also has been reported in Bima, a town in the neighboring province of West Nusa Tenggara, forcing nearly 10,000 people to flee, Jati said.