Homeless activists outside Notre Dame demand “a roof too” 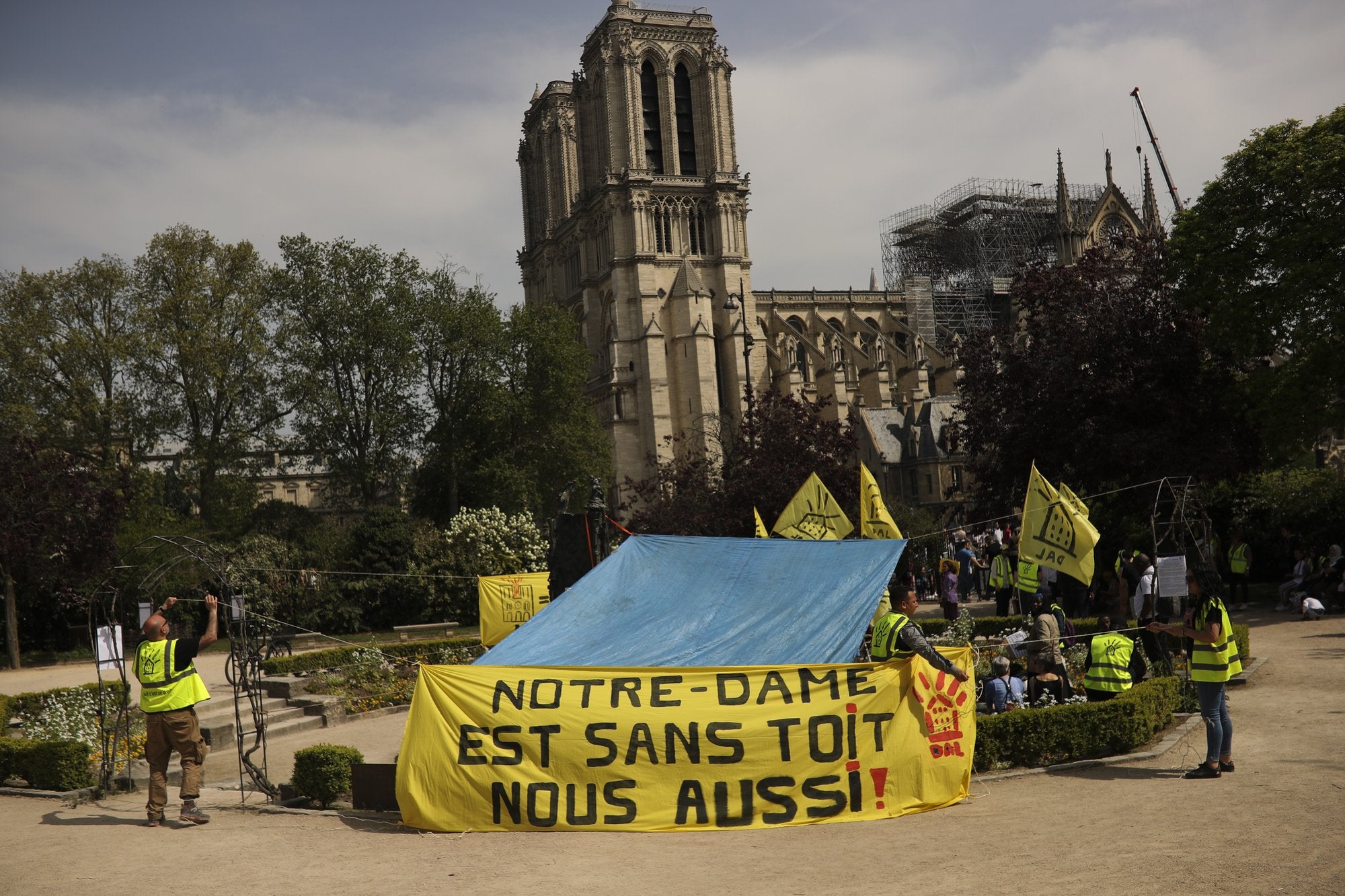 PARIS (AP) — Dozens of public housing advocates are protesting outside the gutted Notre Dame in Paris to demand that France’s poorest be remembered after donors pledged $1 billion to rebuild the cathedral and its destroyed roof.

Around 50 people from a French homeless association gathered Monday with placards reading “1 billion in 24 hours.” They chanted slogans directed at Bernard Arnault, the CEO of luxury group LVMH, who last week pledged 200 million euros ($226 million). Some chanted “Notre Dame needs a roof, we need a roof too!”

In addition to Arnault’s pledge, another billionaire, Francois Pinault, and his son pledged 100 million euros for the reconstruction effort from their company, which owns the Christie’s auction house and is the main shareholder for Gucci.