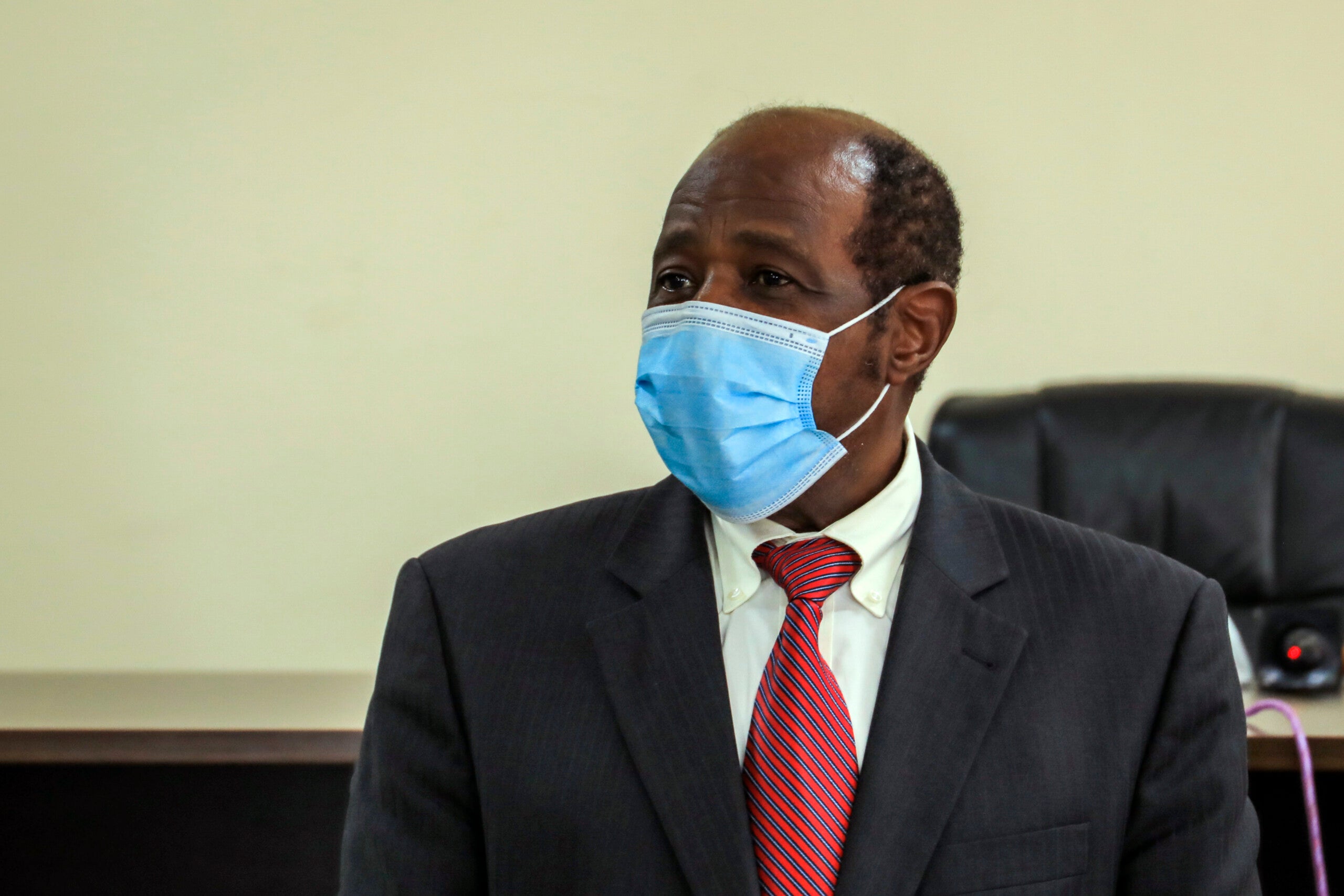 Paul Rusesabagina appears in front of media at the headquarters of the Rwanda Bureau of investigations building in Kigali, Rwanda Monday, Aug. 31, 2020. Rusesabagina, who was portrayed in the film "Hotel Rwanda" as a hero who saved the lives of more than 1,200 people from the country's 1994 genocide, and is a well-known critic of President Paul Kagame, has been arrested by the Rwandan government on terror charges, police announced on Monday, Aug. 31, 2020. (AP Photo)
by: IGNATIUS SSUUNA Associated Press
Posted: Sep 20, 2021 / 07:31 AM EST / Updated: Sep 20, 2021 / 07:34 AM EST

KIGALI, Rwanda (AP) — A court in Rwanda says the man who inspired “Hotel Rwanda,” , is guilty of terror-related offenses.

Paul Rusesabagina boycotted Monday’s announcement after declaring he didn’t expect justice in a trial he called a “sham.”

He has so far been found guilty of the formation of an illegal armed group and membership in a terrorist group. The verdict is still being read out on charges of murder, abduction, and armed robbery as an act of terrorism.

The ruling comes more than a year after Rusesabagina disappeared during a visit to Dubai and appeared days later in Rwanda in handcuffs, accused of supporting the armed wing of his opposition political platform, Rwandan Movement for Democratic Change. The group had claimed some responsibility for attacks in 2018 and 2019 in the south of the country in which nine Rwandans died.

Rusesabagina has maintained his innocence, and his family alleges he was kidnapped and taken to Rwanda against his will.