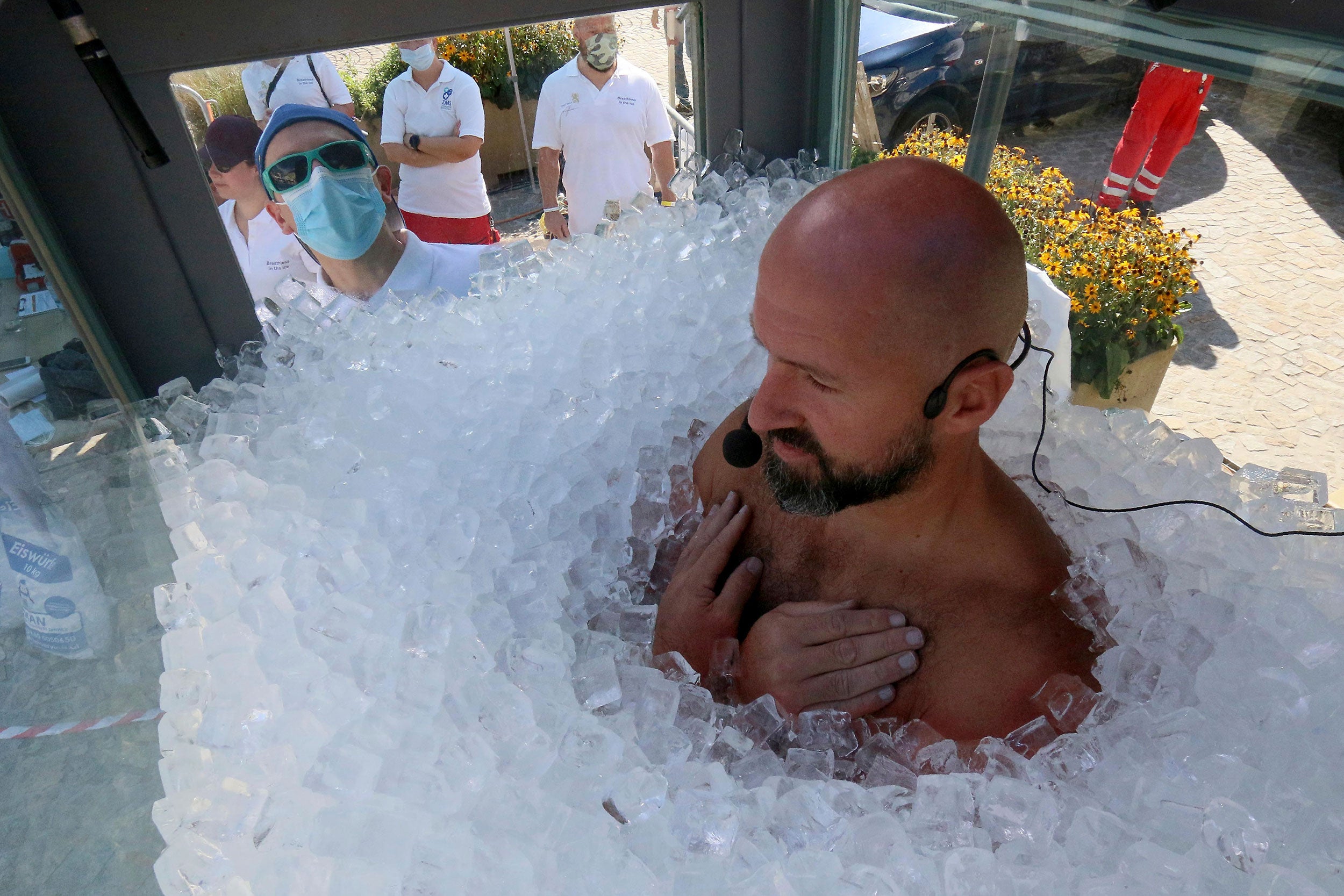 (CNN) — An Austrian man spent more than two hours in a tank packed to the brim with ice cubes on Saturday — all in the name of setting a new world record.

Dressed only in a pair of swimming trunks, Josef Koeberl was covered to his shoulders in 1,800 kilograms of ice in the main square of the Austrian town of Melk, west of Vienna, in a bid to set a new world record for the longest duration of full body contact with ice.

Koeberl was hoping not only to set a new world record, but to beat his own time — the official Guinness World Record is held by China’s Songhao Jin, with 1 hour, 53 minutes and 10 seconds in ice in 2014, but Koeberl told CNN that last year he endured two hours and 8 minutes last year at an attempt in Vienna.

“My motivation was to go beyond my own limits and point out climate change at the same time. As I train a lot in high alpine terrain, I want to raise awareness on the melting of the glaciers,” he told CNN.

The 43-year-old Austrian told CNN that this time, he lasted for two hours, 30 minutes and 53 seconds, and hopes that in the coming days his attempt will be approved as a world record.

“It was basically not unpleasant. At the beginning one of my toes was crushed by a piece of ice,” he said. “After it had melted, everything went according to plan,” he added.

Koeberl told CNN he hopes to attempt to push the record further next year, if he could find a suitable location for the challenge.

“I think 3 hours would certainly be possible,” he said.