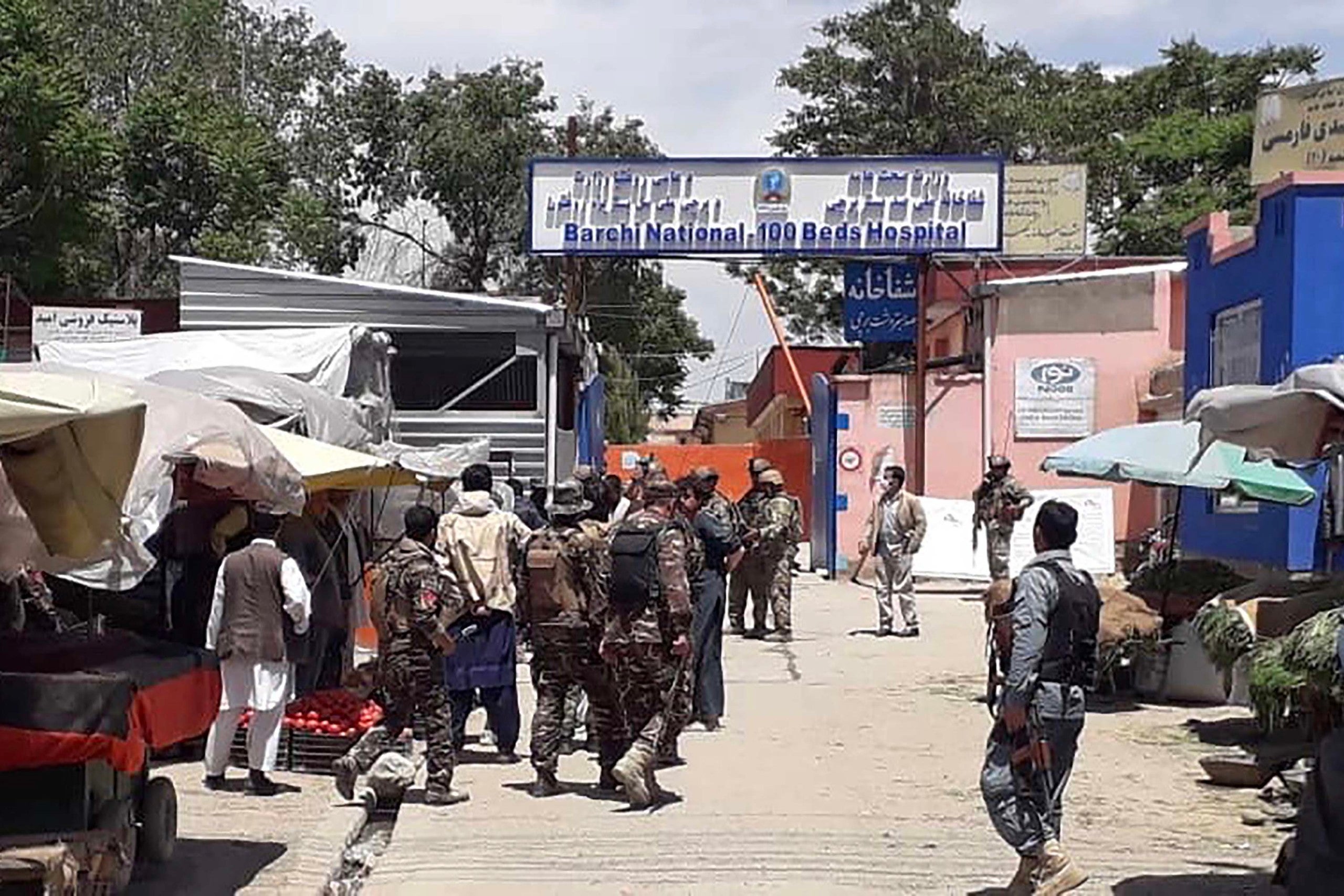 (CNN) — Afghan President Ashraf Ghani has directed security forces to resume offensive operations against the Taliban, hours after separate attacks at a maternity hospital and a funeral ceremony left dozens of people dead.

At least 11 were killed in a Tuesday morning attack on a Kabul hospital, including mothers, nurses and two newborn babies, Afghanistan’s interior ministry said Tuesday.

Shortly after, a suicide bomber targeted a funeral ceremony in Nangarhar, leaving at least 24 dead and 68 injured.

“I strongly condemn recent attacks in a hospital in Kabul and Nangarhar province which killed a number of innocent people including women and children,” Ghani said on Tuesday in an address to the nation.

“Taliban have rejected our repeated call for a ceasefire, calls for ceasefire don’t mean weakness,” Ghani said. “I once again call on them to embrace peace, which is not only a demand of the government but the nation and international community.”

The Taliban has denied involvement in both attacks, according to the group’s spokesperson.

The US and Taliban signed a historic agreement in late February aimed at bringing about a permanent ceasefire.

A day of violence

Alongside the 11 confirmed fatalities, 15 others were wounded during the attack.

Explosions and gunfire were reported after the hospital in the Dasht-e Barchi area of Kabul was attacked, MSF said on Twitter, and an eyewitness near the scene earlier told CNN that they heard sporadic gunfire. At least 80 patients and staff were evacuated and the first floor of the hospital was cleared.

All three attackers were eventually killed by police, ending the assault, the interior ministry said.

Special forces blocked the area around the hospital, which is located on the west side of Kabul in police district 13, after arriving on the scene, according to interior ministry spokeswoman Marwa Amini.

The hospital massacre happened within hours of a suicide blast at a funeral ceremony in the country’s Nangarhar province that left at least 24 dead and 68 injured, according to the provincial media office.

Government and parliament officials were attending the funeral of police officer Sheikh Akram in eastern Afghanistan when an attacker detonated explosives in the crowd, said provincial spokesman Atahullah Khogyani.

The Taliban denied involvement in both incidents, according to a tweet by the group’s spokesman, Zabihullah Mujahid. Afghan officials did not corroborate the group’s denial and did not provide details about the perpetrators’ identities.

The area in western Kabul where the hospital attack took place is predominantly inhabited by the minority Shia Hazara community. CNN has reported on a number of attacks here in the past five years targeting Hazaras, including a suicide attack on a peaceful demonstration in 2016 that killed almost 100 people.

A recent series of attacks in the Afghan capital have been claimed by ISIS. On Monday, security forces said they had arrested three senior members of the terror group, according to Reuters.