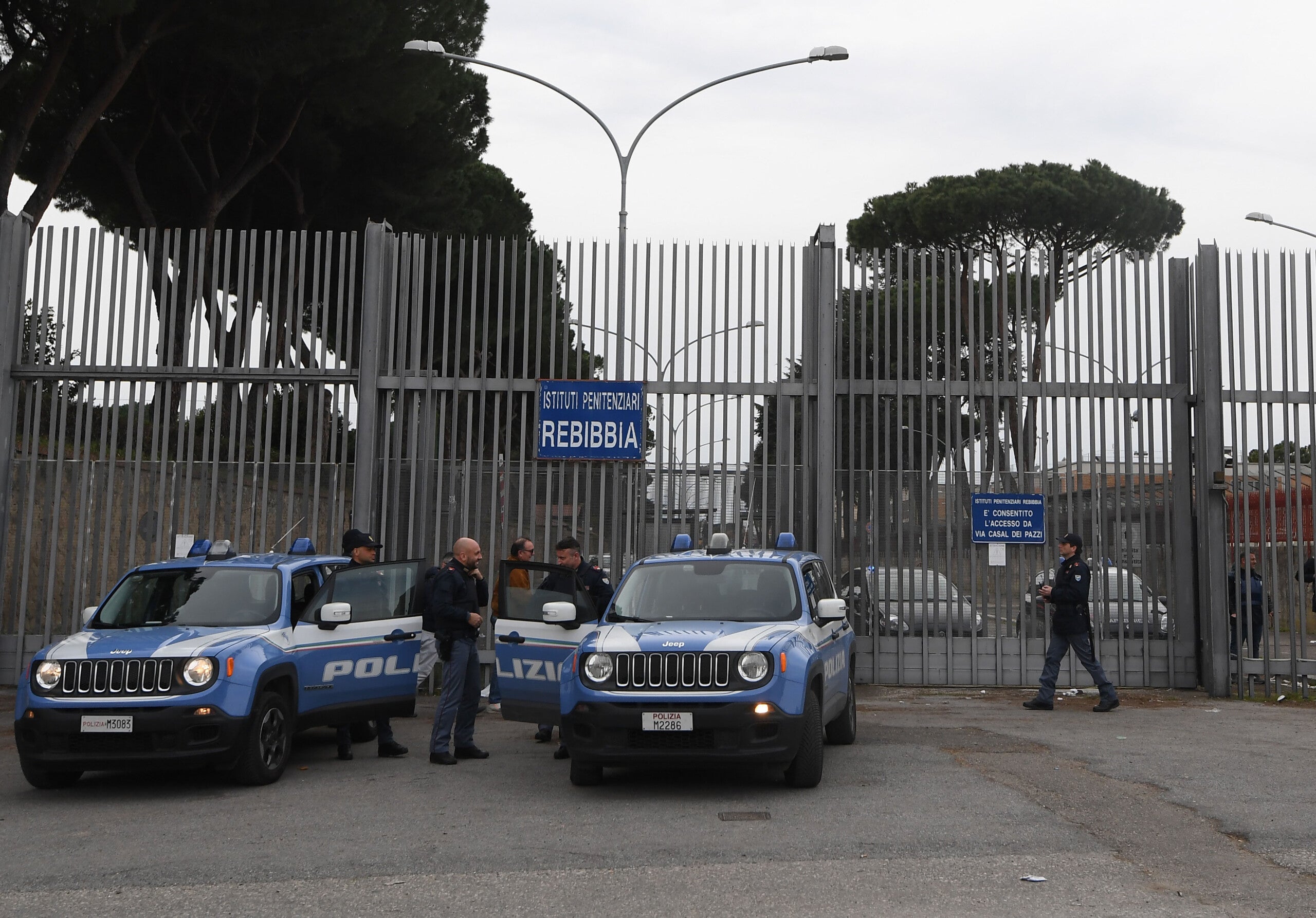 ROME, March 9, 2020 -- Police officers guard outside the Rebibbia prison in Rome, Italy, on March 9, 2020. Violence erupted in more than 25 detention facilities across Italy Sunday and Monday, after authorities curtailed prisoner rights as part of a strategy to curb the spread of coronavirus. (Photo by Alberto Lingria/Xinhua via Getty) (Xinhua/ via Getty Images)
by: By Nicola Ruotolo and Lianne Kolirin, CNN
Posted: Sep 10, 2020 / 03:30 PM EST / Updated: Sep 10, 2020 / 03:30 PM EST

(CNN) — A jailed Sicilian Mafia boss has bitten off a prison guard’s finger, a spokesman for the Italian Ministry of Justice told CNN.

Giuseppe Fanara, 60, who is serving a life sentence, attacked the guard at Rebibbia prison in Rome in June, according to the spokesman.

The unnamed guard entered Fanara’s cell around 8 a.m. on June 17 regarding a phone call, the spokesman said.

“In reaction to this, the man attacked the guard and since they had recently washed the floor and it was still wet, both slipped and carried on the scuffle on the floor and Fanara bit his hand,” the spokesman said.

Several other guards entered the cell to try to break up the fight and help their colleague — who had lost part of the little finger on his right hand.

The prison’s on-call doctor attended, after which the guard was transferred to Rome’s Pertini Hospital where he underwent plastic surgery the following day, the spokesman said.

Cosa Nostra boss Fanara had been in isolation as mandated by his sentence — he is serving a term known in Italy as a “hard prison regime,” which is reserved for a range of serious offenses, including involvement with the Mafia.

According to the Interior Ministry, Fanara and five other Mafia members were sentenced to life in prison for the killing of a military police officer in Sicily in 1992.

The spokesman said Fanara has since been transferred to another prison.