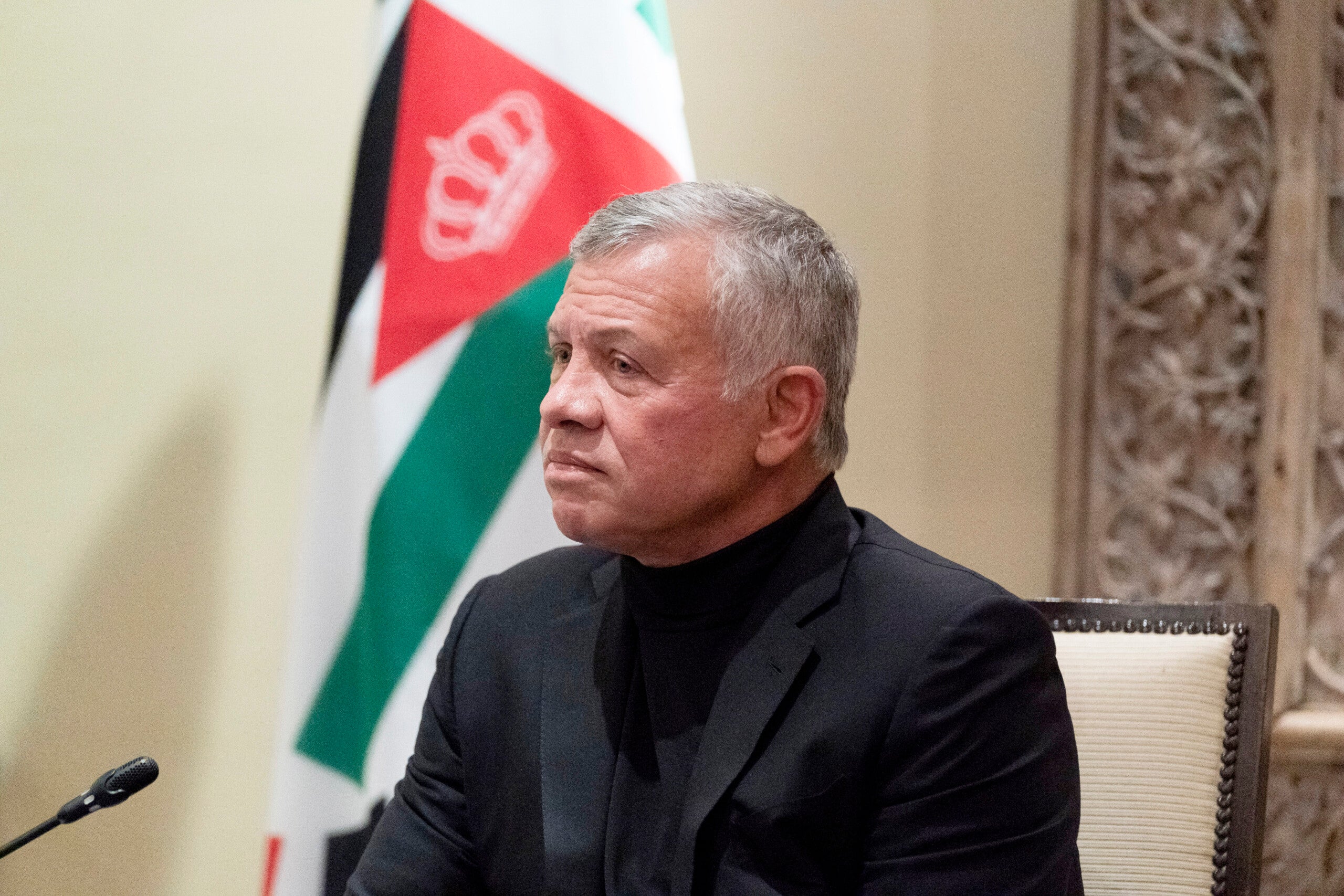 FILE - In this May 26, 2021 file photo, Jordan's King Abdullah II listens during a meeting with Secretary of State Antony Blinken, in Amman, Jordan. On Monday, Oct. 4, 2021, King Abdullah II denied any impropriety in his multi-million-dollar purchases of luxury homes abroad, citing security needs for keeping the transactions quiet and saying no public funds were used. The comment by the Royal Palace comes a day after the International Consortium of Investigative Journalists reported that the monarch had secretly bought $106 million in luxury homes over the past decade by using offshore transactions. (AP Photo/Alex Brandon, Pool, File)
by: JOSEF FEDERMAN and KARIN LAUB Associated Press
Posted: Oct 4, 2021 / 07:25 AM EST / Updated: Oct 4, 2021 / 07:25 AM EST

AMMAN, Jordan (AP) — Jordan’s King Abdullah II on Monday denied any impropriety in his purchase of luxury homes abroad, citing security needs for keeping quiet about the transactions that are reportedly worth more than $100 million. He said no public funds were used.

But in a sign the Royal Palace was concerned by the report of the purchases, Jordanian media, much of which is directly or indirectly controlled by the palace, made no mention of it. Even independent Jordanian media outlets engage in self-censorship, avoiding criticism of the king, the royal family and the security forces.

The revelations were first published Sunday by the International Consortium of Investigative Journalists, which reported that hundreds of world leaders, powerful politicians, billionaires, celebrities, religious leaders and drug dealers have been hiding their investments in mansions, exclusive beachfront property, yachts and other assets for the past quarter-century.

The report is based on a review of nearly 12 million files obtained from 14 firms located around the world, the consortium said. The report is being dubbed the “Pandora Papers” because the findings shed light on the previously hidden dealings of the elite and the corrupt, and how they have used offshore accounts to shield assets collectively worth trillions of dollars.

For instance, the investigation found advisers helped Jordan’s king set up at least three dozen shell companies from 1995 to 2017, helping the monarch buy 14 homes worth more than $106 million in the U.S. and the U.K. One was a $23 million California ocean-view property bought in 2017 through a British Virgin Islands company. The advisers were identified as an English accountant in Switzerland and lawyers in the British Virgin Islands.

Abdullah denied there was anything untoward in the purchases, saying security required him to keep the transactions quiet. He said the properties were often used for official functions and said no public funds were used to buy them.

“These properties are not publicized out of security and privacy concerns, and not out of secrecy or an attempt to hide them, as these reports have claimed,” the Royal Court statement said. “Measures to maintain privacy are crucial for a head of state of His Majesty’s position.”

The statement described the consortium’s report on his real estate portfolio as a “flagrant security breach and a threat to His Majesty’s and his family’s safety.”

Jordan is a key Western ally, seen as a voice of moderation and stability in a volatile region. But its economy has struggled during Abdullah’s two-decade reign, hit recently by an influx of hundreds of thousands of refugees from neighboring Syria as well as the coronavirus crisis. Jordan has received billions of dollars in aid from the international community over the years to help stabilize its foundering economy.

The latest details are an embarrassing blow to Abdullah, whose government was engulfed in scandal this year when his half brother, former Crown Prince Hamzah, accused the “ruling system” of corruption and incompetence. The king claimed he was the victim of a “malicious plot,” placed his half brother under house arrest and put two former close aides on trial.

Hamzah has been seen in public just once since the scandal erupted in April, and he remains out of touch under the king’s “protection.”

The new report could also potentially affect Jordan’s relations with the community of international donor nations that have assisted his government.

It came Sunday as Abdullah was hosting the president of the World Bank, who was on an official visit to discuss the kingdom’s economy. Earlier this year, the World Bank announced a $1.1 billion package of loans and grants to assist Jordan in its response to the coronavirus pandemic. The health crisis has sent unemployment spiking to roughly 25%, according to official figures.

Amer Sabeileh, an independent Jordanian analyst, said Sunday’s report did not look good for the king, given the kingdom’s widespread economic hardship and the government’s image and credibility problems following the Hamzah affair.

“It comes at a moment when frustration among the people is at a peak, and the government is suffering from a serious shortage of credibility in the whole political system,” he said.

But Labib Kamhawi, another analyst, said it was still too early to draw any conclusions about whether there would be any long-term damage to the king.

“But the fact that the government is doing its utmost to block any flow of information into Jordan means that they are taking this issue seriously,” he said. 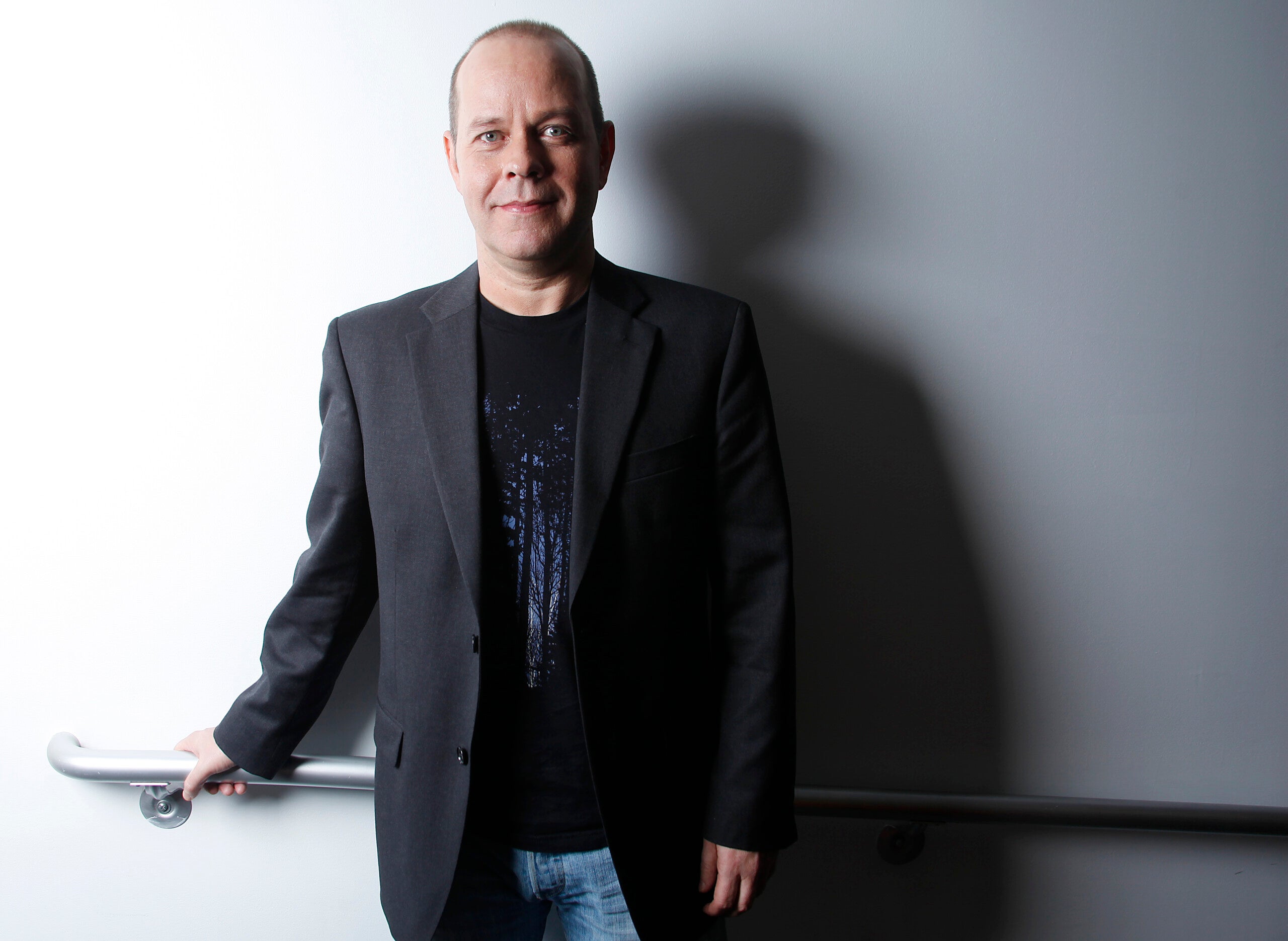