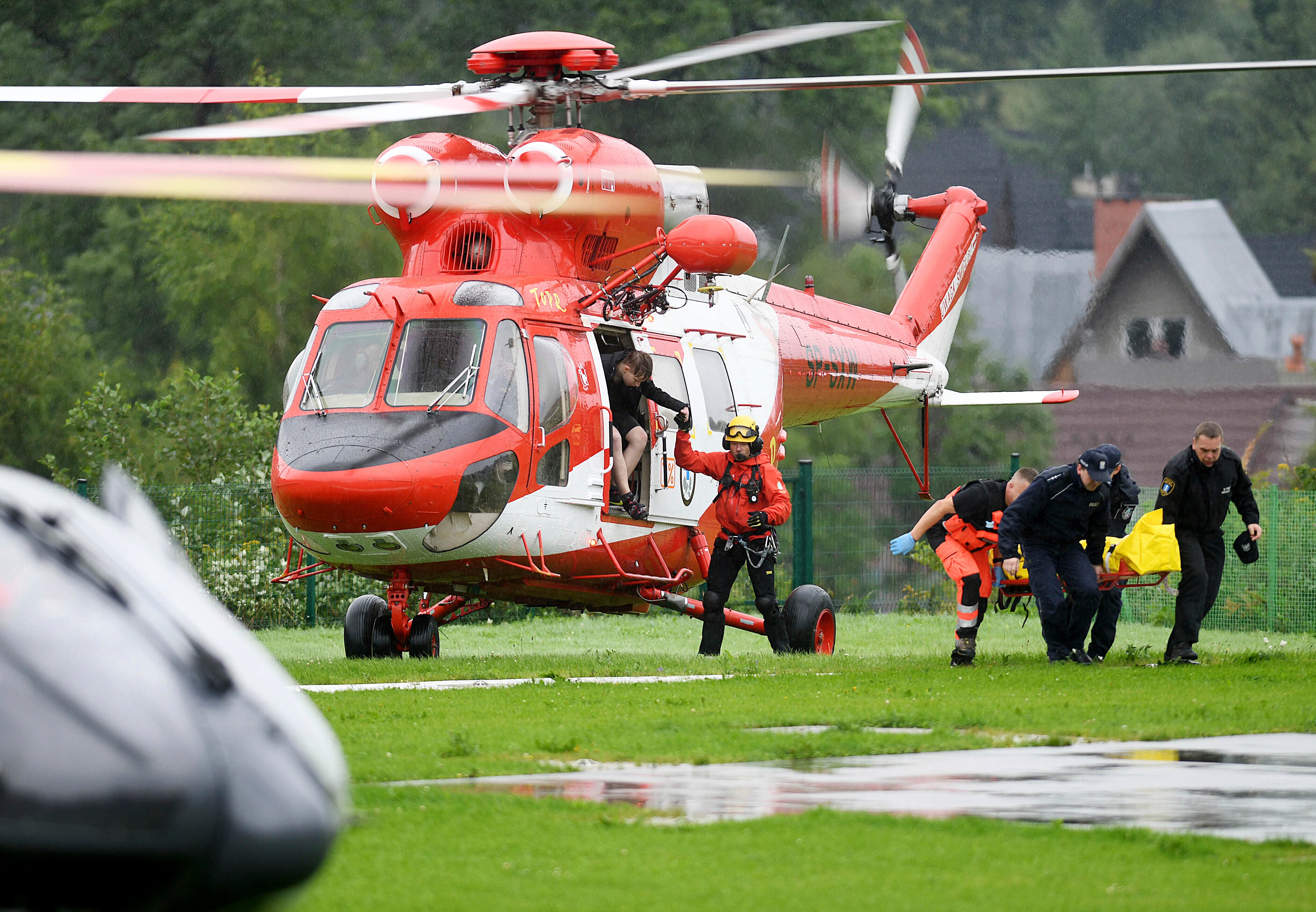 WARSAW, Poland (AP) — Lightning struck across the Tatra Mountains in southern Poland and neighboring Slovakia on Thursday, killing five people and injuring over 100 others in an area popular with hikers and families, authorities said.

Witnesses said the thunderstorm came suddenly on a day that began with clear weather. Four people were killed on the Polish side, including two children, a spokeswoman for the Polish air ambulance service, Kinga Czerwinska, told the news broadcaster TVN24. Slovak authorities said one person died in their nation.

The lightning strikes hit the Giewont peak as well as other locations across the Tatras.

Some of the injured were brought by helicopter to a hospital in the Polish mountain resort of Zakopane. Prime Minister Mateusz Morawiecki, who went to Zakopane said some among the over 100 injured were in very serious condition with severe burns or head injuries.