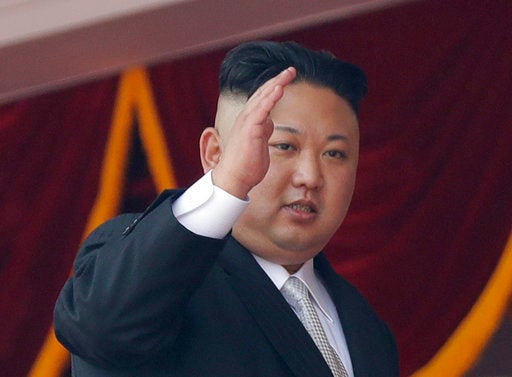 (CNN) — North Korea illegally exported millions of tons of commodities like coal last year to enhance its ballistic missiles and nuclear weapons programs, according to a confidential UN report.

Prepared by a UN-appointed independent panel of experts charged with monitoring sanctions enforcement and efficacy on the Pyongyang regime, the annual report — which has not yet been publicly released — reveals North Korea continued its weapons program last year in violation of long-standing UN Security Council sanctions.

Investigators also concluded that “despite its extensive indigenous capability it (North Korea) uses illicit external procurement for components and technology” to develop weapons.

“As well as the sustained pace of launches and the variety of launch locations, 2019 saw the (Democratic People’s Republic of Korea) enhance the industrial and operational dynamics of the program, with new weapon systems brought almost to operational effectiveness, increased diversity of missile types and launchers, augmentation of the Medium Range Ballistic Missile (MRBM) and Inter-Continental Ballistic Missile (ICBM) types tested through 2017,” the report said.

Two UN diplomats have confirmed to CNN major conclusions of the report, which indicates sanctions are once again being ignored. The panel’s annual report in 2019 leveled similar accusations against North Korea.

According to the report, North Korea used barges to export millions of tons of commodities like coal — via ship-to-ship transfers to Chinese vessels — to earn money for its weapons programs.

A Security Council resolution passed in 2017 punishing North Korea for its weapons development banned the country from exporting coal, iron and seafood to the rest of the world.

‎The report said, “according to a member state, the DPRK exported 3.7 million metric tons of coal between January and August 2019, with an estimated value of $370 million.”

Some UN member states told the panel that barges had illegally sent the coal to three Chinese ports in Hangzhou Bay as well as other locations along the Yangtze river, according to the report.

A statement from the spokesperson of the Permanent Mission of China to the United Nations said the leaked report “caused media hypes and baseless accusations against China.”

“China has always faithfully and seriously fulfilled its international obligations and sustained huge losses and tremendous pressure in the process. China will continue to work towards dialogue and detente, advance political settlement process, and play a positive and constructive role on working towards denuclearization of the peninsula,” it said.

“The annual cap for 2019, as set by the Security Council, of the aggregate amount of 500,000 barrels of refined petroleum products was exceeded many times over. The Russian Federation and China requested more conclusive evidence to make a judgment,” the report said.

According to the report described by two UN diplomats, “these attacks have resulted in monetary losses and have provided illicit revenue for the DPRK in violation of financial sanctions.”‎

At the UN, China and Russia have hinted they would support some easing of sanctions on North Korea. But the US, UK and France — the other permanent members of the Security Council — remain firmly opposed.

On Monday, CNN reported that President Donald Trump had lost interest in resuming talks with North Korean leader Kim Jong Un before the US election in November.

Trump’s last meeting with the North Korean dictator took place almost exactly a year ago, and both leaders walked away empty-handed. Since then diplomacy — aimed at achieving the denuclearization of North Korea — has floundered