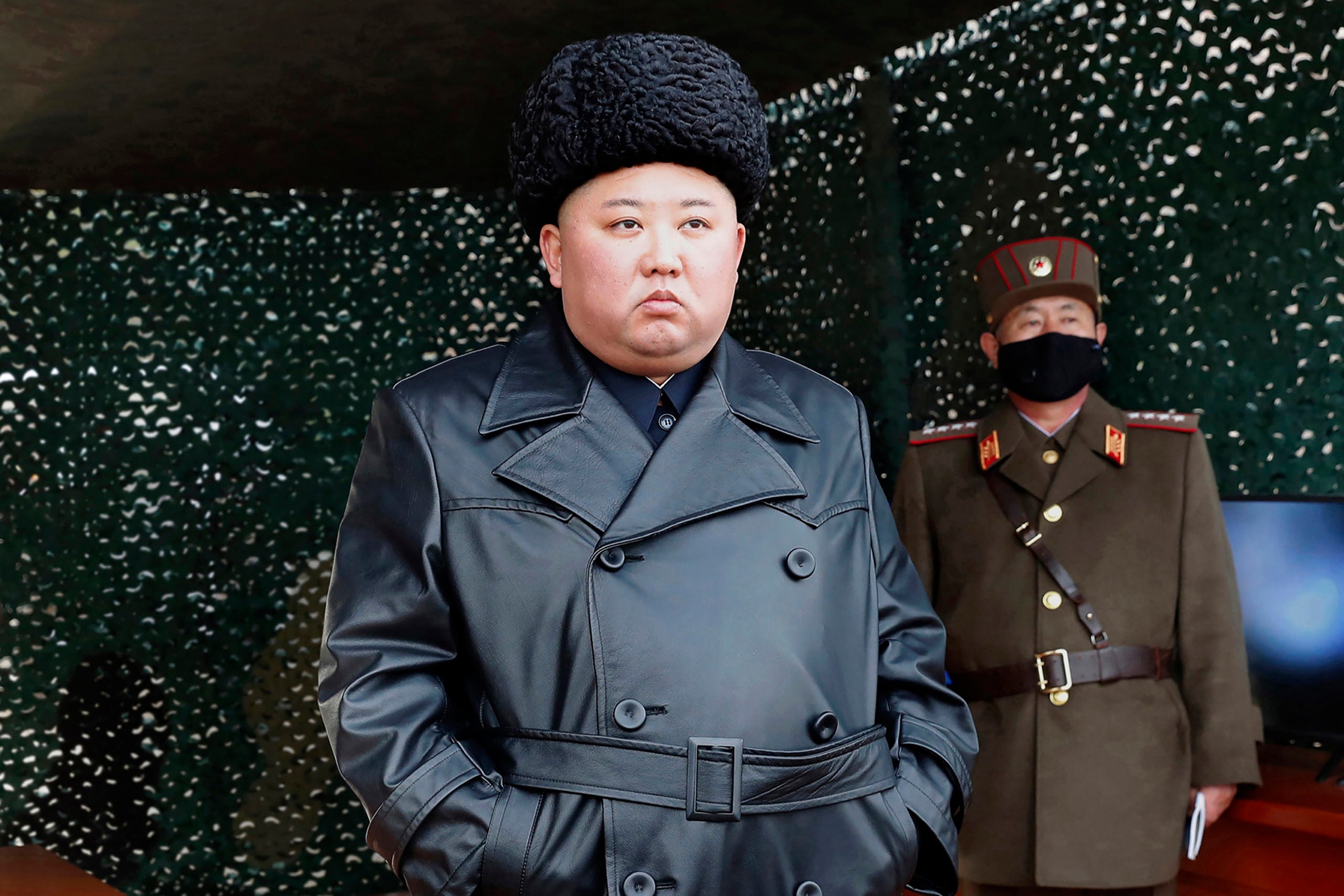 (CNN) — North Korea has blown up a joint liaison office used for talks between itself and South Korea, the latest sign that ties between the two longtime adversaries are rapidly deteriorating.

North Korean state media reported that the four-story building, which is located in the town of Kaesong on the North Korean side of the demilitarized zone that divides the two Koreas, was “completely destroyed by a “terrific explosion” at 2:50 p.m. local time.

A plume of black smoke rising above the site was visible from the South Korean side of the border shortly after.

The liaison office had been closed since January 30 due to the novel coronavirus pandemic, according to the South Korean Unification Ministry. South Korean staff had not been to the building since, the ministry said.

But the destruction of a building meant to facilitate dialogue, paid for by South Korea and sitting on North Korean soil, is highly symbolic. It may mark a turning point in relations between two countries that had committed themselves to “a new era of peace” fewer than three years ago.

North Korea framed its decision to destroy the liaison office as a retaliatory measure after a group of defectors used balloons to send anti-North Korean leaflets north of the DMZ.

“The recent foolish act of daring hurt the dignity of our supreme leadership,” a statement carried in KCNA Tuesday read.

“The world will clearly see what severe punishment our people will mete out to the South Korean authorities and how they wipe the human scum off the earth.”

North Korea claimed the leaflets violated the deal Kim Jong Un and South Korean President Moon Jae-in struck in 2018 at their first summit, when both leaders agreed to cease “all hostile acts and eliminating their means, including broadcasting through loudspeakers and distribution of leaflets” along their shared border. It’s illegal for average North Koreans to consume information that is not approved by the country’s powerful propaganda machine, and doing so can carry dire consequences.

The liaison office was reopened and refurbished as part of that deal to help the two Koreas communicate, but its future had been thrown into doubt last week when North Korea announced it was cutting off all communication with South Korea, including a hotline meant to directly connect the leaders of the two countries, in response to the leaflets. North Korean state media also announced Tuesday that the country’s armed forces would re-militarize portions of the Korean border that had been pacified by both sides in recent years.

An official at South Korea’s Presidential Blue House called the decision to blow up the liaison office “an act of betrayal of the expectations of all who wish for the improvement of the inter-Korean relations and settlement of peace on the Korean Peninsula.” The South Korean Defense Ministry said it was monitoring North Korea’s armed forces and would “strongly” respond to any military provocations.

Kim Yo Jong, Kim Jong Un’s sister and perhaps the second most powerful person in the country, demanded the South Korean government punish the defectors, whom she called “betrayers,” “human scum” and “riff-raff who dared hurt the absolute prestige of our Supreme Leader representing our country and its great dignity,” according to a statement carried by North Korean state news agency KCNA on Saturday.

Kim also hinted in that statement that the North Korean liaison office would be destroyed in some manner.

“Before long, a tragic scene of the useless North-South joint liaison office completely collapsed would be seen,” she said per the Saturday statement.

Experts say that the leaflets likely angered North Korea’s political leadership. But leading into Tuesday, some analysts had also speculated that North Korea was using the issue to manufacture a crisis — a tactic Pyongyang has previously used to create a sense of urgency in negotiations or to sow discord between the United States and South Korea.

South Korean authorities are investigating the defectors who sent the leaflets, but any attempts to prosecute them could be met with heavy criticism in a liberal democracy which prizes freedom of speech.

On Monday, Moon said it was imperative that North Korea return to the negotiating table rather than “return to the past period of confrontation by cutting the communication and raising tension.”

“The path that two Koreas must walk is clear. Like the river that twists and turns but eventually reaches the sea, the South and the North must keep their optimistic faith and take each step towards national reconciliation, peace, and unification, however slow it may be,” he said.

“The promise of peace on Korean Peninsula that was made by Chairman Kim Jong Un and I, in front of 80 million Korean people, cannot be reversed.”