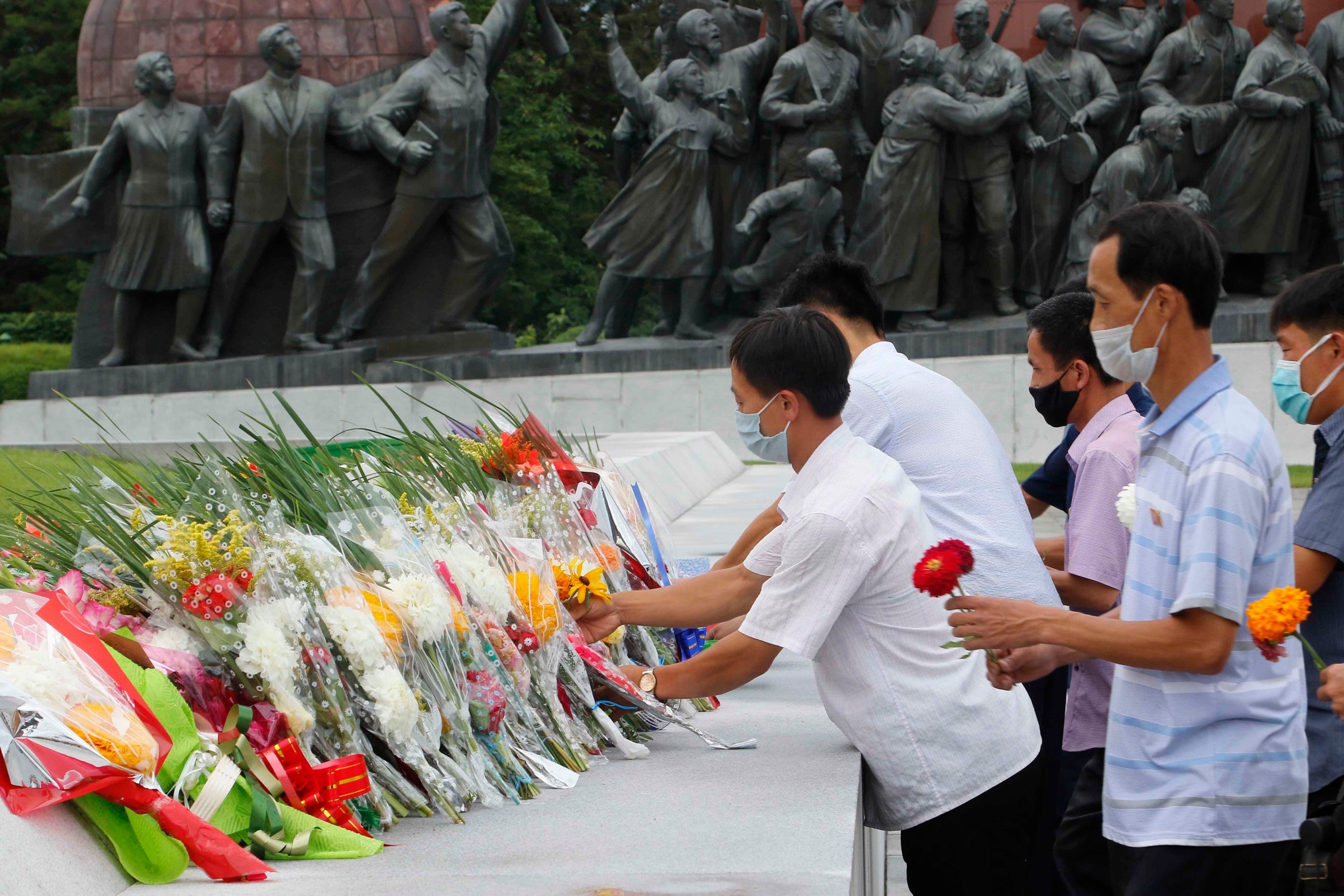 Kim’s comments before war veterans marking the 67th anniversary of the end of the 1950-53 Korean War again show he has no intention of abandoning his weapons as prospects dim for resuming diplomacy with the United States.

Kim said in his speech Monday his country has tried to become “a nuclear state” with “an absolute might” to prevent another war and that it has now built such a deterrent, according to the Korean Central News Agency.

“Now, we’ve changed to a country which can defend itself reliably and unwaveringly against high-intensity pressures and military threats and blackmailing by imperialistic reactionaries and hostile forces,” Kim said.

“There won’t any war on this land again and our national security and future will be guaranteed firmly and permanently because of our reliable, effective self-defensive nuclear deterrent,” Kim said.

Kim’s speech followed recent remarks by both North Korean and U.S. officials suggesting they were reluctant to engage in a new round of diplomacy on the North’s nuclear program anytime soon.

U.S. Secretary of State Mike Pompeo had said President Donald Trump would only want to engage with Kim if there were real prospects of progress. Kim’s sister and senior ruling party official, Kim Yo Jong, said a new summit would be “unpractical” for North Korea and that Pyongyang won’t gift Trump a high-level meeting that he can boast as a foreign policy achievement.

Kim Jong Un and Trump met three times since Kim in 2018 abruptly reached out to Washington and Seoul for talks after expressing his intent to deal away his advancing nuclear arsenals. Many experts were skeptical of Kim’s disarmament commitment and said he only aimed to weaken U.S.-led sanctions and perfect his nuclear program.

The nuclear diplomacy remains largely stalled since a second Kim-Trump meeting in February 2019 in Vietnam collapsed without reaching any agreement because Trump Kim rejected Kim’s proposal to get extensive sanctions relief in return for a limited denuclearization step.

Kim entered this year with a vow to bolster his nuclear program and threatened to unveil a new “strategic” weapon. He also said he would no longer be bound by a self-imposed moratorium on nuclear and long-range missile tests. Kim hasn’t performed such high-profile weapons tests, which some analysts say could completely derail diplomacy with the United States.