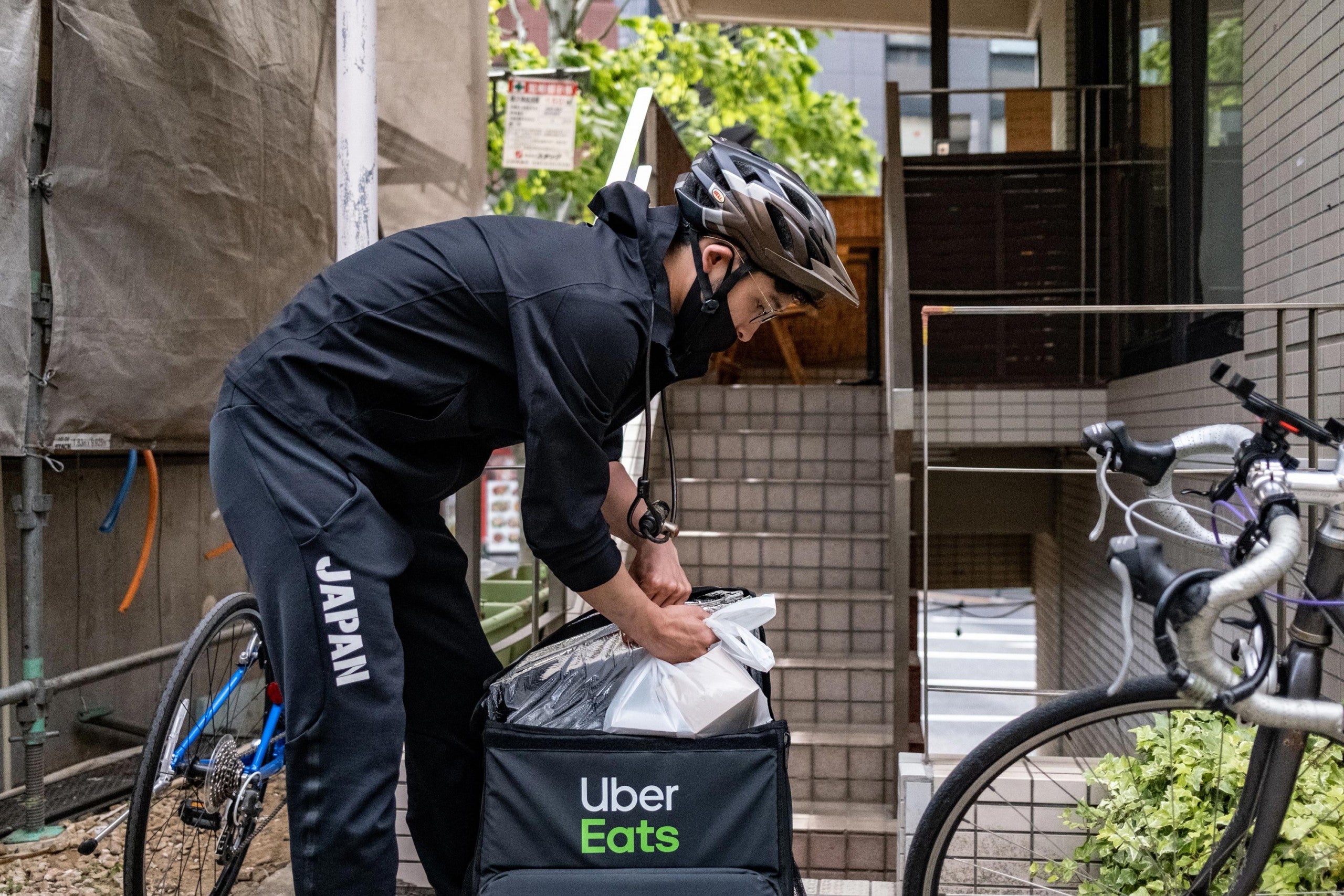 Miyake, who won a silver medal at the 2012 London Olympics, put sponsorship money on hold after learning the Olympics would be postponed.

His training stopped for several months during Tokyo’s first state of emergency last spring so he started digging into his savings. As a result, Miyake turned to Uber Eats as a way to make extra cash and stay in shape during the pandemic.

He’s since resumed practice and the sponsorship money has come back, but the physical and mental challenges remain.

“It’s been very difficult. After all, the Olympics are like God, an absolute existence for athletes,” Miyake told CNN.

“It’s like running a full marathon for four years […] adding another year is like we have to keep on running before reaching the goal.”

READ: Olympian and rapper Will Claye on why his music career is more than a hobby

On Saturday, the Tokyo 2020 Organizing Committee said in a statement that international spectators will be refused entry into Japan for this summer’s Olympic and Paralympic Games.

“Currently, the COVID-19 situation in Japan and many other countries around the world is still very challenging and a number of variant strains have emerged, whilst international travel remains severely restricted globally,” the statement read.

Even though the number of coronavirus cases have been low in Japan compared to the US or the United Kingdom, in recent months its health system has been overwhelmed by the worst wave of infections since the pandemic began.

Cases have since fallen to more manageable levels, but the country is dealing with a growing number of new coronavirus variants first identified in other countries. Meanwhile, vaccinations in the country have been slow.

“The majority of Japanese people are largely fearful of the Olympic Games spreading the disease further and giving us a bad memory of that year,” said Kentaro Iwata, professor and doctor at the Kobe University Hospital.

While the Japanese government has vowed the Games will go ahead, a poll by national broadcaster NHK found that 77% of people in Japan think the Games should be canceled or further postponed.

“I think it’s quite risky to hold the Olympics in Japan at this stage,” Miyake added. “But I think all athletes understand that safety is the first priority, and I don’t think there are any athletes who want to compete in the Olympics no matter what.”

More than 11,000 athletes from more than 200 countries are expected to arrive in Japan this summer

But the joyous celebration of global sportsmanship will be riddled with cumbersome coronavirus restrictions.

Handshakes, high fives, and hugs are all banned, and athletes will not be able to watch their teammates at the venues.

The usually grand and elaborate opening and closing ceremonies will be simplified, according to the International Olympic Committee. Olympic participants will be regularly tested and their movements will be severely restricted.

READ: Usain Bolt on his greatest achievement and life after athletics

Taking a toll on mental health

At stake are tens of billions of dollars and Japan’s national pride.

At $25 billion, this was already going to be the most expensive Summer Olympics on record before the delay. The Games were supposed to be a commemoration of Japan’s recovery from the 2011 Fukushima disaster and years of stagnating economic performance.

But for athletes, a lifetime of dedication hangs in balance.

Callum Lea, the founder of charity Sporting Minds UK that provides mental health support to athletes, says the number of athletes asking for help has increased exponentially during the pandemic.

In particular, more and more Olympic athletes have reached out to his organization, as the pandemic creates uncertainty and anxiety, he said.

“Having to put yourself through not only the level of training that these athletes are working at six, seven days a week, but also to stay as mentally hungry and driven — and trying to reach a goal that isn’t yet actually finalized and fixed — is really, really tough, ” Lea said.

“Eventually that will take its toll on the mental health of these Olympians.”

Even before the pandemic, many athletes struggled to make ends meet, working part-time and full-time jobs to support their athletic dreams.

In a report published by advocacy group Global Athlete last year, 58% of nearly 500 elite athletes surveyed said they did not feel financially stable.

Miyake said the vast majority of fencers in Japan have to work additional jobs. For a period of time Miyake worked for a watch company, he said.

“Financial worry coincides with mental health issues,” Lea added. “These Olympians and aspiring Olympians aren’t in it for the money, and they take that sacrifice from a really, really young age.”

READ: Olympic swimmer on training in a backyard pool ahead of Tokyo 2020

Yet some athletes, including sport climber Akiyo Noguchi, welcomed news of the Olympic delay as an opportunity for an extra year of practice.

Noguchi was planning to retire after the Tokyo 2020 Games, when sport climbing was supposed to make its Olympic debut.

She’s pushed back her retirement by one year in order to make the Olympics the last competition of her career.

For Noguchi, her first and last Olympics will be an unusual experience of social distancing and restrictions. Venues could be restricted to 50% capacity to allow for social distancing, according to local media. Spectators will be asked to refrain from cheering, chanting or singing.

“I feel very sad,” Noguchi said. “I wanted to be in the Olympics because I wanted to show the best performance in front of my family and people who have supported me up to now, but it will not be the form that I’ve been imagining.”

Noguchi says she derives “tremendous power” from performing in front of spectators. Creating that motivation and energy will be harder without a crowd, she said.

Fencer Miyake is hoping one fan in particular will be able to cheer him on at the Olympics: his wife.

He met his wife, Marie, during the pandemic over zoom and she’s yet to see him fence in person.

“I’ve never been able to be at the matches, to see his matches yet. I just watched them on YouTube,” Marie said. “I hope to be able to cheer in person, hopefully.”