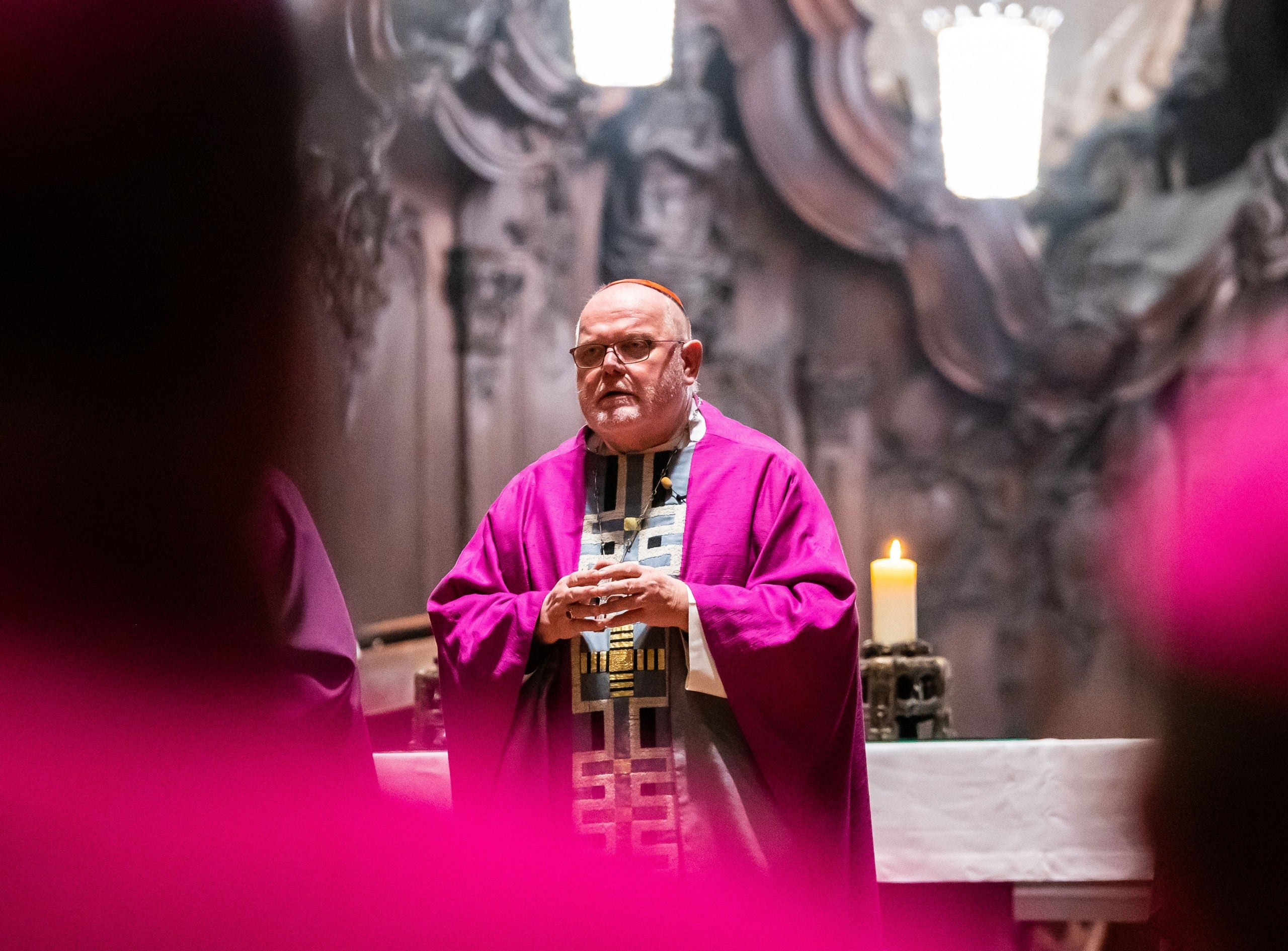 02 March 2020, Rhineland-Palatinate, Mainz: Cardinal Reinhard Marx, President of the Bishops' Conference, gives a sermon at the opening service of the Plenary Assembly in the Cathedral. The German Bishops' Conference, which meets twice a year, is the governing body of the Catholic Church in Germany. Photo: Andreas Arnold/dpa (Photo by Andreas Arnold/picture alliance via Getty Images via CNN)
by: Associated Press
Posted: Jun 10, 2021 / 06:53 AM EST / Updated: Jun 10, 2021 / 06:54 AM EST

ROME (AP) — Pope Francis refused Thursday to accept the resignation offered by German Cardinal Reinhard Marx over the sex abuse scandal in the church, but said a process of reform was necessary and that every bishop must take responsibility for the “catastrophe” of the crisis.

Francis wrote a letter to Marx in response to the German’s bombshell announcement last week that he had offered to resign as archbishop of Munich and Freising over the church’s mishandling of abuse cases.

Francis refused to accept the resignation and told Marx in the letter he must continue as archbishop.

Francis said what was necessary instead was a process of reform “that doesn’t consist in words but attitudes that have the courage of putting oneself in crisis, of assuming reality regardless of the consequences.”