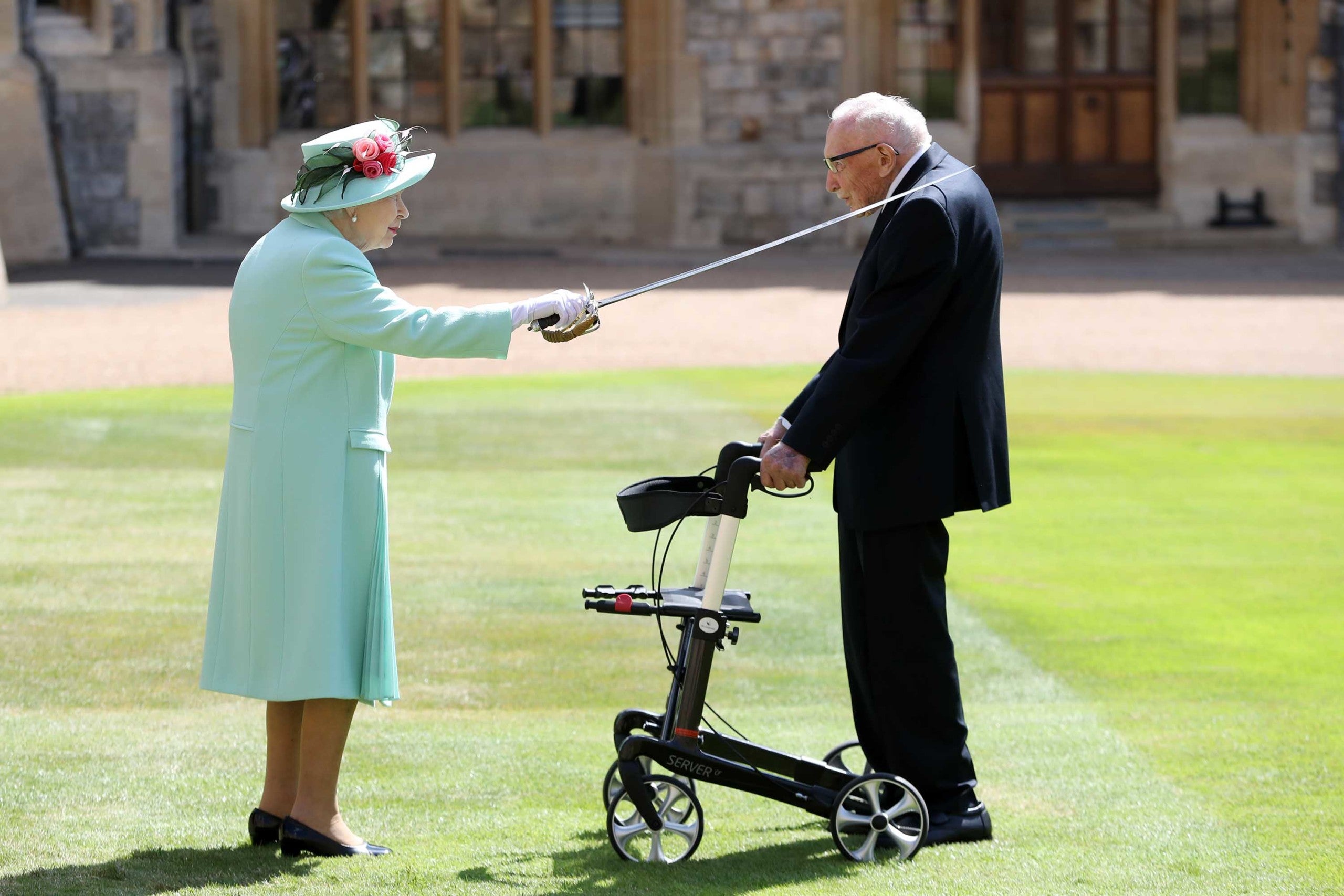 Moore raised almost £33 million ($40 million) by walking laps of his backyard, and received a knighthood after a special nomination from Prime Minister Boris Johnson.

The ceremony marked the Queen’s return to her public duties after the coronavirus pandemic forced her to cancel virtually all of her engagements.

She knighted Moore with her father’s sword, and praised him for his fundraising efforts, saying: “Thank you so much, an amazing amount of money you raised,” according to the PA Media news agency.

Earlier, the veteran had tweeted that he was “ready and raring to go for what is a very special day.”

“I could never have imagined this would happen to me. It is such a huge honour and I am very much looking forward to meeting Her Majesty The Queen,” he said earlier in the week. “It is going to be the most special of days for me.”

Moore was accompanied to the ceremony on Friday by his daughter Hannah Ingram-Moore, son-in-law Colin Ingram, grandson Benji and granddaughter Georgia, according to PA.

“If I kneel down I’ll never get up again,” he said as he left his home for Windsor Castle earlier Friday.

This was the Queen’s second important engagement of the day. Earlier, she saw her granddaughter Beatrice get married in a private ceremony in the castle’s grounds.

Moore, who rose to the rank of captain during his military career, was recently promoted to honorary colonel in recognition of his efforts.

Johnson personally recommended to the Queen that Moore should be exceptionally honored, according to a Downing Street press release.

“Colonel Tom’s fantastic fundraising broke records, inspired the whole country and provided us all with a beacon of light through the fog of coronavirus,” Johnson said in the release.