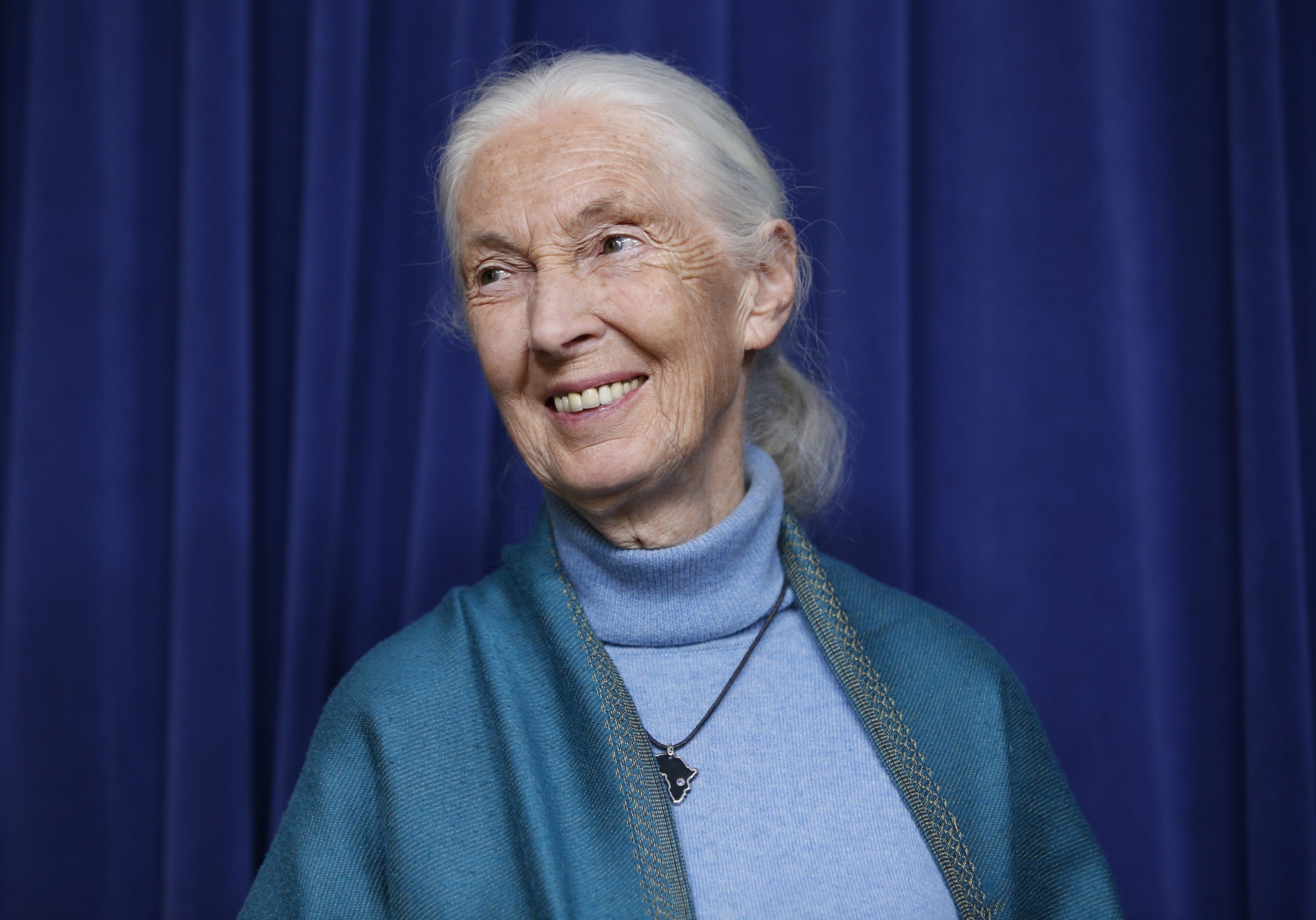 FILE - This April 3, 2019 file photo shows primatologist Jane Goodall being honored for her lifetime achievements at a ceremony on her 85th birthday in Los Angeles. Goodall was named Thursday, May 20, 2021 as this year’s winner of the prestigious Templeton Prize, honoring individuals whose life’s work embodies a fusion of science and spirituality. (AP Photo/Damian Dovarganes, File)
by: By DAVID CRARY AP National Writer
Posted: May 20, 2021 / 12:45 PM EST / Updated: May 20, 2021 / 12:45 PM EST

Jane Goodall, the conservationist renowned for her expertise on chimpanzees and her globe-spanning advocacy of environmental causes, was named Thursday as this year’s winner of the prestigious Templeton Prize, honoring individuals whose life’s work embodies a fusion of science and spirituality.

Goodall, born in London in 1934, traveled to Kenya in 1957 and met the famed anthropologist and paleontologist Louis Leakey. In 1960, at his invitation, she began her groundbreaking study of chimpanzees in what is now Tanzania.

Her field research revolutionized the field of primatology, helping transform how scientists and the public perceive the emotional and social complexity of animals. She was the first to observe that chimpanzees engage in activities previously believed to be exclusive to humans, such as creating tools, and she demonstrated that they have individual personalities.

“Her discoveries have profoundly altered the world’s view of animal intelligence and enriched our understanding of humanity in a way that is both humbling and exalting,” said Heather Templeton Dill, president of the John Templeton Foundation, which helps administers the prize.

Established in 1972 by the late philanthropist Sir John Templeton, the Templeton Prize is one of the world’s largest individual awards — currently valued at 1.1 million pounds, or $1.56 million. Past winners include Mother Teresa, the Dalai Lama and Archbishop Desmond Tutu of South Africa.

Last year’s honoree was Dr. Francis Collins, director of the National Institutes of Health in the United States and leader of the Human Genome Project.

Goodall, in an interview with The Associated Press ahead of the award’s announcement, recalled how her work with the chimpanzees led to a broader appreciation for nature as she spent hours by herself in the forest.

“Out there in nature by myself, when you’re alone, you can become part of nature and your humanity doesn’t get in the way,” she said. “It’s almost like an out-of-body experience when suddenly you hear different sounds and you smell different smells and you’re actually part of this amazing tapestry of life.”

“Every time a little species vanishes, it may not seem important,” she added. “But the thread is pulled from that tapestry and the picture gets weaker as more threads are pulled, until that tapestry, once so beautiful, is hanging in tatters.”

As her fame grew, she expanded into a diverse range of activities, including humanitarian initiatives and advocacy for the ethical treatment of animals.

She founded the Jane Goodall Institute in 1977 to sustain the study and protection of chimpanzees while also improving the welfare of scores of local communities. In 1991 she founded Roots & Shoots, an environmental and humanitarian program whose hands-on projects have benefited communities, animals and the environment in more than 65 countries.

“Some people seem to believe that we can live separated from nature, but we can’t,” Goodall said.

“We’re animals, too, you know, by definition. … We just happen to have (less) hair and have had an explosive development of our intellect. But we seem to fail when it comes to wisdom — the wisdom that says, ‘The decision I make now, how will that affect future generations or the health of the planet?’”

In recent decades, Goodall has averaged more than 300 days of travel each year, educating audiences worldwide about nature, conservation and the potential for collective action to bring about change. The coronavirus pandemic halted those travels, she has continued to have a strong influence through virtual participation in events and lectures involving thousands of people in scores of countries.

She launched a podcast from her childhood home in England and, at age 87, is reaching millions of people through social media.

Raised as a Christian, Goodall said she developed her own sense of spirituality in the forests of Tanzania — in essence, believing that all living things and the natural world are connected through a divine force.

“And she said there can only be one God,” Goodall said, “and so the name that we call him or her or, it really doesn’t matter.”

As much as she respects science, she prefers it to have some limits.

“The world is so full of magic and surprises,” she said. “I like to keep an open mind, and I like to think of magic. I don’t want us to find out all the answers. … One day we will learn the answers, but not on this planet.”