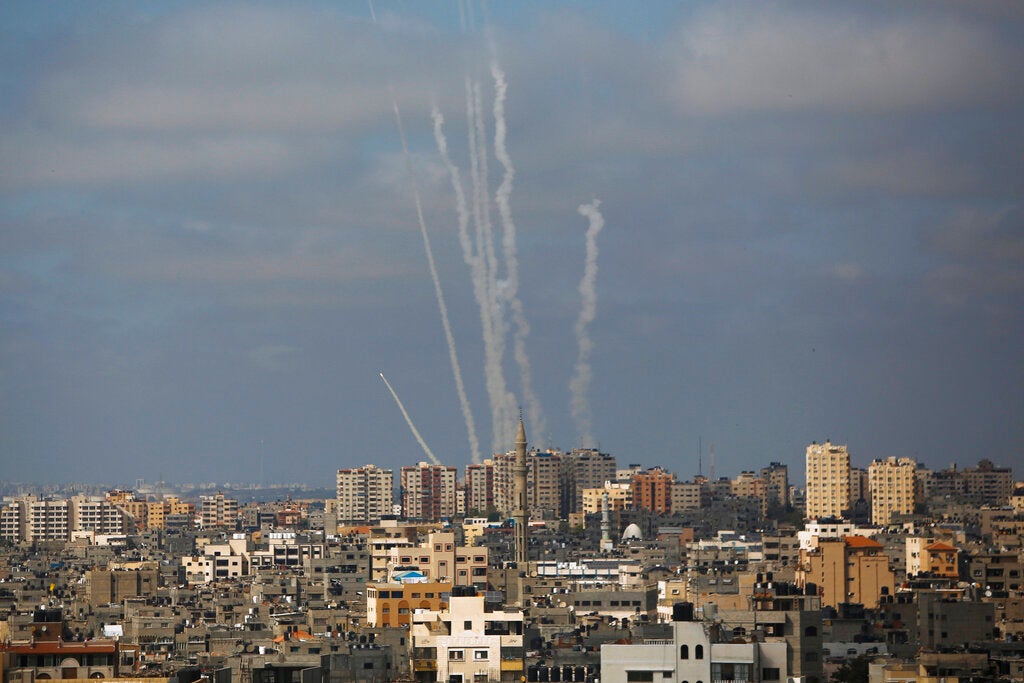 FILE - In this May 20, 2021 file photo, rockets are launched from the Gaza Strip towards Israel, in Gaza City, Human Rights Watch said Thursday, Aug. 12, 2021, that the thousands of rockets fired by the Palestinian militant group Hamas during the 11-day war with Israel in May “violated the laws of war and amount to war crimes.” The New York-based group said that it investigated Hamas rocket attacks that killed 12 civilians in Israel, as well as a misfired rocket that killed seven Palestinians inside the Gaza Strip. (AP Photo/Hatem Moussa, File)
by: ILAN BEN ZION Associated Press
Posted: Aug 12, 2021 / 05:45 AM EST / Updated: Aug 12, 2021 / 05:45 AM EST

JERUSALEM (AP) — Human Rights Watch on Thursday said the thousands of rockets fired by the Palestinian militant group Hamas during the 11-day war with Israel “violated the laws of war and amount to war crimes.”

The New York-based rights group investigated Hamas rocket attacks that killed 12 civilians in Israel, as well as a misfired rocket that killed seven Palestinians inside the Gaza Strip.

HRW has repeatedly come under fire by Israel and its supporters over reports accusing Israel of war crimes against the Palestinians as well as apartheid and persecution. But in this report it agreed with most legal experts — and Israel itself — that indiscriminate rocket fire from Palestinian population centers directed at civilian areas is a violation of international law.

Last month the group issued a report that accused the Israeli military of carrying out attacks during the conflict that “apparently amount to war crimes” after investigating three Israeli airstrikes that it said killed 62 Palestinian civilians.

The war erupted on May 10 after Hamas fired a barrage of rockets toward Jerusalem in support of Palestinian protests against Israel’s heavy-handed policing at a contested Jerusalem holy site sacred to Jews and Muslims, and the threatened eviction of dozens of Palestinian families by Jewish settlers in a nearby neighborhood.

Israel has said it struck over 1,000 targets in the Gaza Strip during the fighting, while Hamas launched more than 4,300 rockets and mortar rounds at Israel, including barrages directed at the country’s major population centers around Tel Aviv and Jerusalem.

In all, some 254 people were killed in Gaza, including at least 67 children and 39 women, according to the Gaza Health Ministry. Hamas has acknowledged the deaths of 80 militants, while Israel has claimed the number is much higher. Twelve civilians, including two children, were killed in Israel, along with one soldier.

“The rockets and mortars that Palestinian armed groups fired lack guidance systems and are prone to misfire, making them extremely inaccurate and thus inherently indiscriminate when directed toward areas with civilians,” the report said. “Launching such rockets to attack civilian areas is a war crime.”

Israel has claimed that around 20% of the rockets Palestinian militants launched fell inside the Gaza Strip, and said that most of the remaining missiles were intercepted by the military’s Iron Dome aerial defense system, or fell in open areas.

“Munitions apparently directed toward Israel that misfired and fell short killed and injured an undetermined number of Palestinians in Gaza,” the report said, adding that Hamas has not “provided information about how many rockets misfired or how many people died as a result in Gaza and there are no precise independent estimates.”

It concluded that a Hamas rocket fired on May 10 killed seven people, including two children, in the Gaza Strip city of Jabaliya.

The Israeli military has claimed at least one other incident in Beit Hanoun on May 10, in which eight Palestinian civilians died in an explosion, was the result of a misfired Hamas rocket exploding inside the Gaza Strip. The military said the incident took place before it began operating in the area. Human Rights Watch said in its earlier report that the explosion appeared to have been caused by an Israeli bomb.

The May conflict was the fourth war between Israel and Hamas since the Islamic militant group seized control of Gaza in 2007, a year after winning the Palestinian parliamentary elections. Founded in the 1980s, the group rejects Israel’s existence, is responsible for scores of deadly attacks on Israeli civilians and is considered a terrorist group by the U.S., E.U. and Israel.

Human Rights Watch, other rights groups and U.N. officials have accused both sides of committing war crimes in all of the conflicts, and HRW said both parties have “a long track record of failing to investigate” alleged violations.

“The failure of both Hamas authorities and the Israeli government to provide accountability for alleged war crimes by their forces highlights the essential role of the International Criminal Court,” Goldstein said.

Early this year, HRW accused Israel of the international crimes of apartheid and persecution because of discriminatory polices toward Palestinians, both inside Israel as well as in the occupied West Bank and the Gaza Strip. Israel rejected the accusations and accused the group of being biased against it.

HRW has called on the ICC to include Palestinian rocket attacks and Israeli airstrikes during the most recent Gaza war in its ongoing investigation into possible war crimes by Israel and Palestinian militants.

Israel does not recognize the court’s jurisdiction and says it is capable of investigating any possible wrongdoing by its forces. It says the ICC probe is unfair and politically motivated.

Hamas has said that its rocket attacks against Israel stem from its “legitimate right to resist the occupation,” but did not have an immediate response to Thursday’s HRW report. 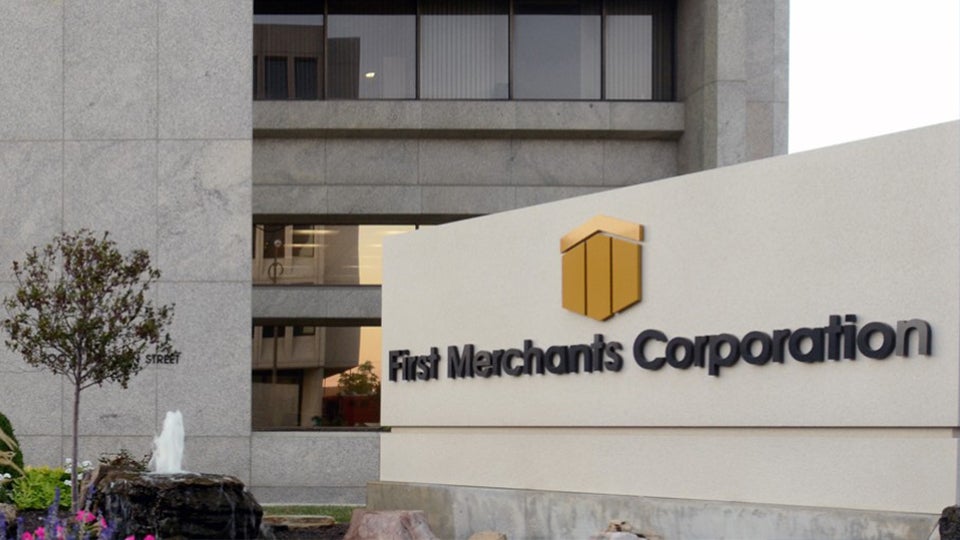 Inside INdiana Business / 20 seconds ago 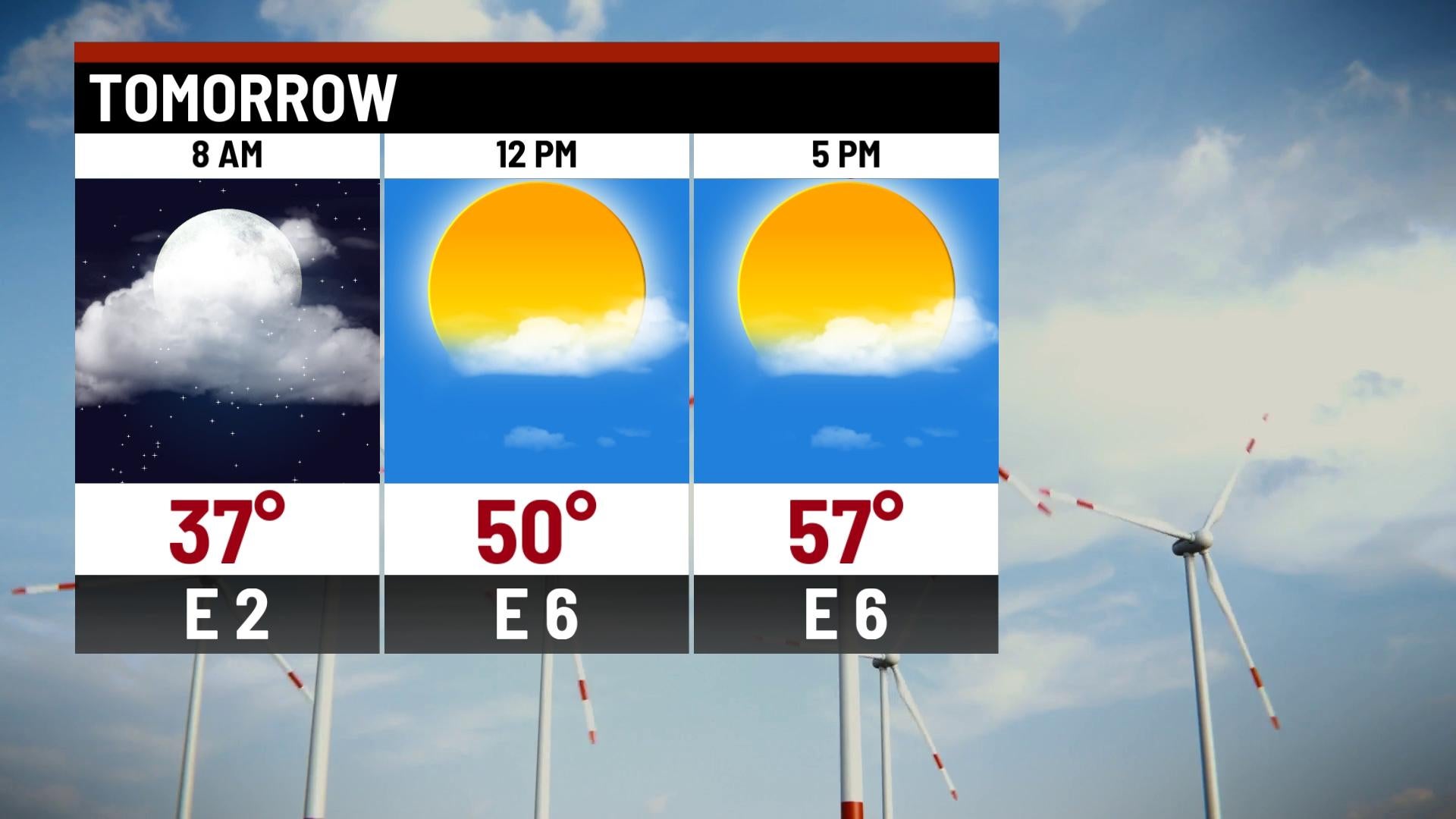 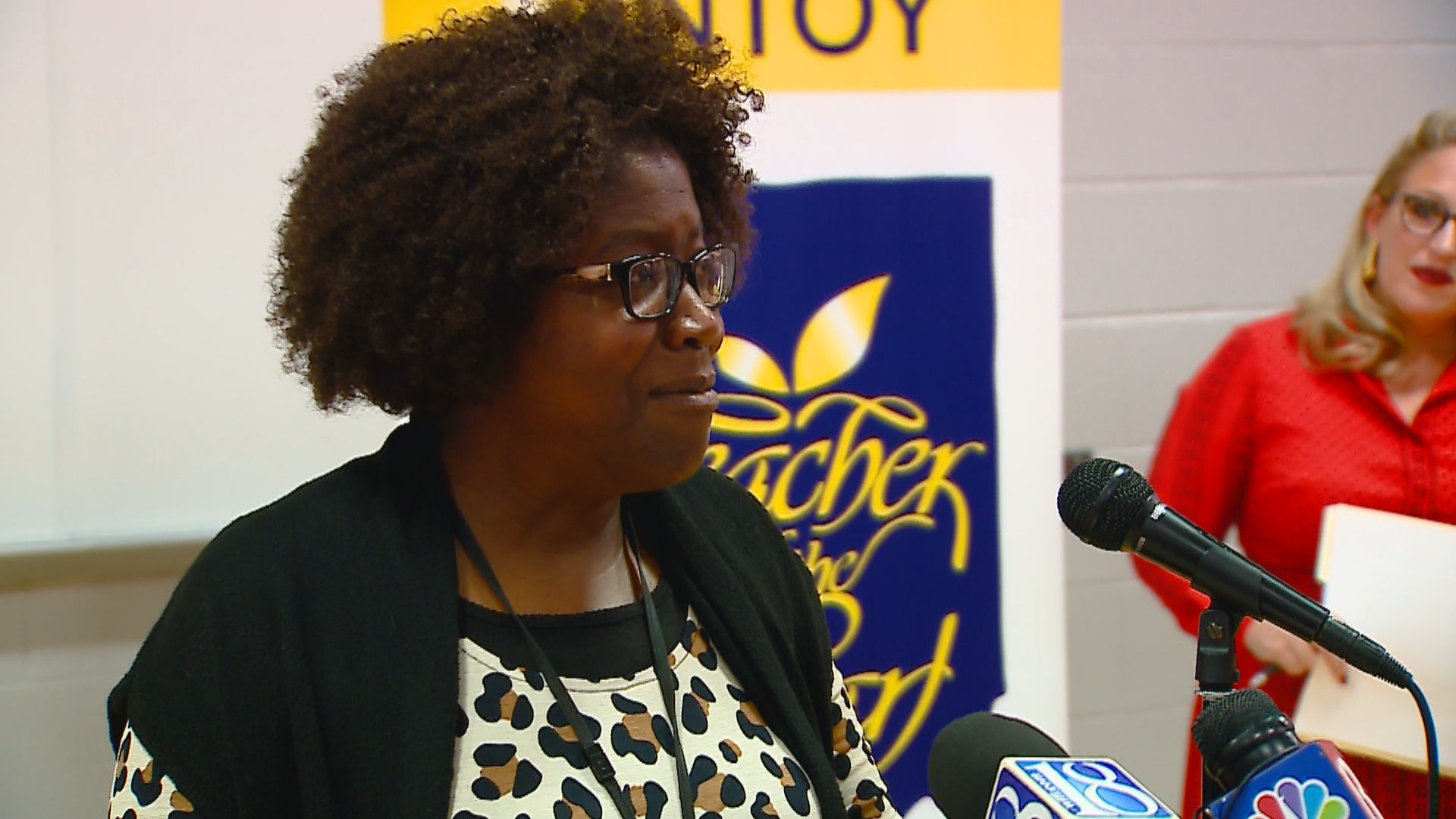