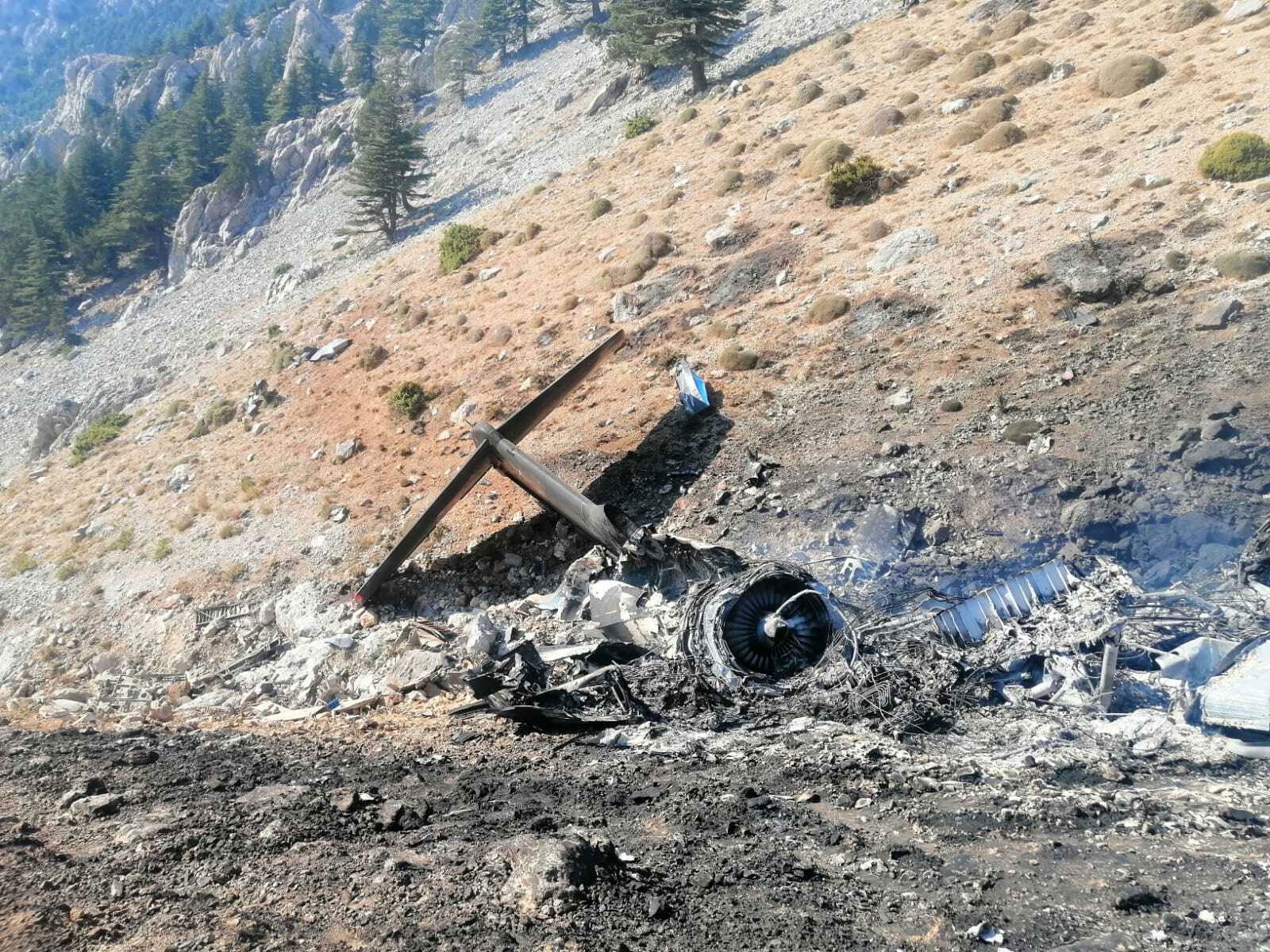 A photo shows the wreckage of Be-200 firefighting plane linked to Turkey's General Directorate of Forestry after it crashed in Kahramanmaras, Turkey on August 14, 2021. 5 Russian, 3 Turkish servicemen were killed on board. The plane was sent to Turkey on July 8 to help Turkey fight the wildfires by Russia. Be-200 is the worldâs biggest amphibious plane designed specifically for fighting fires, including in remote areas, it can carry 12 tons of water. (Photo by Turkish Ministry of Agriculture And Forestry / Handout/Anadolu Agency via Getty Images)
by: Gul Tuysuz and Zahra Ullah, CNN
Posted: Aug 14, 2021 / 01:24 PM EST / Updated: Aug 14, 2021 / 01:24 PM EST

(CNN) — A Russian aircraft deployed to Turkey to fight wildfires crashed on Saturday, killing all eight people on board, officials said.

The aircraft’s five crew members were Russian and three Turkish nationals were also on board, the Russian Defense Ministry said in a statement on Saturday, according to state news agency TASS.

The Be-200 amphibious aircraft crashed as it was due to land near the southern city of Adana.

A commission from the Russian Defense Ministry has been sent to the crash site to establish the causes of the accident.

According to TASS, the plane was sent by Russia to Turkey on July 8 to help douse wildfires that have swept across the country in recent weeks.

The governor of the southern Kahramanmaras district in Turkey, Ömer Faruk Coşkun, told Turkish state news agency Anadolu: “This is still very new right now. We sent a large number of teams to the area where the plane crashed.”

Turkey is one of many countries around the Mediterranean Sea that has battled devastating wildfires as the region experiences a relentless heat wave. At least eight people have been killed in the fires in Turkey, while more than 30 have died in floods in the northern provinces near the Black Sea in recent days.