Saudi Arabia to hold ‘very limited’ hajj due to virus 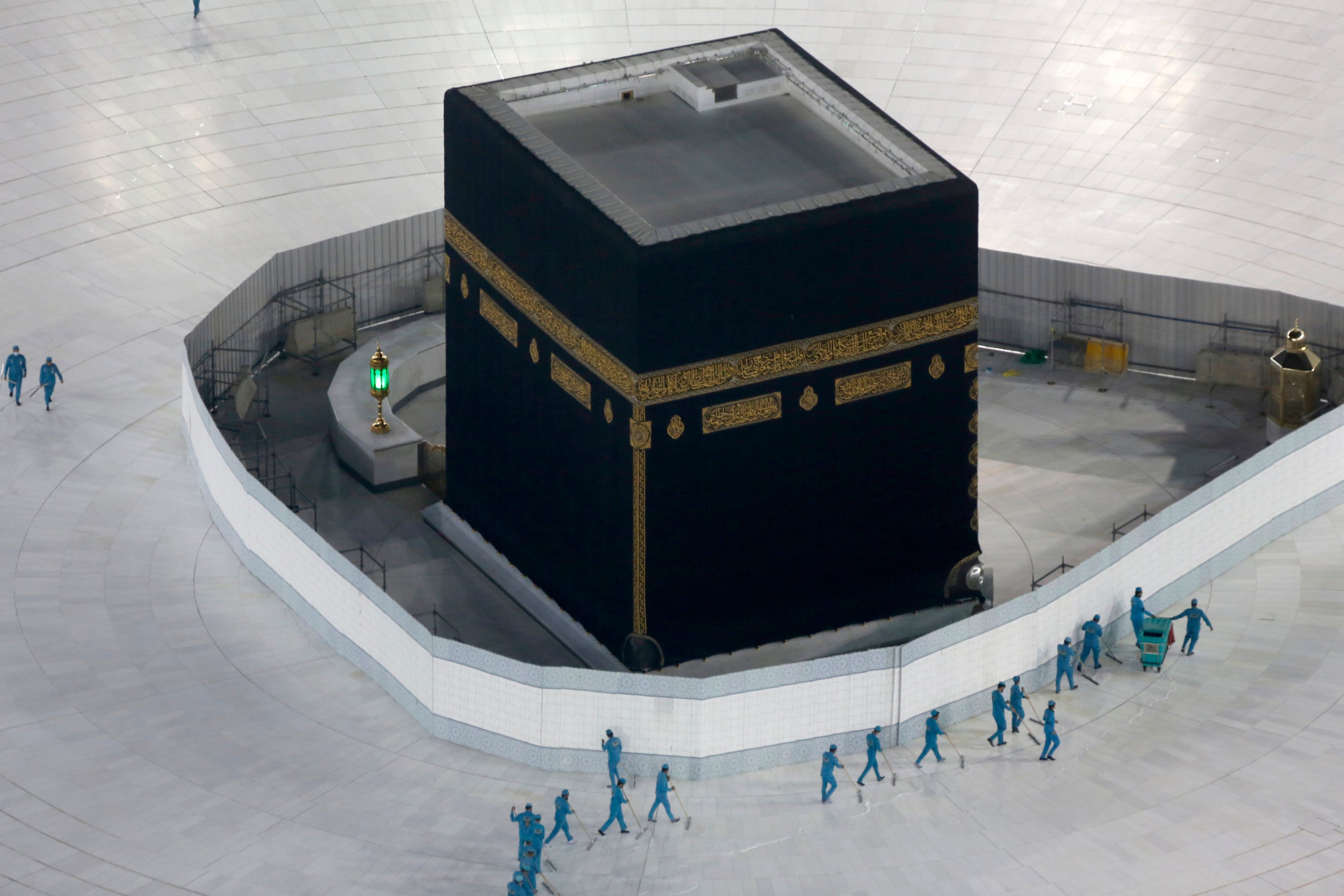 FILE - In this March 7, 2020 file photo, workers disinfect the ground around the Kaaba, the cubic building at the Grand Mosque, in the Muslim holy city of Mecca, Saudi Arabia after authorities emptied Islam's holiest site for sterilization over fears of the new coronavirus. Saudi Arabia said Tuesday, June 22, 2020 this year’s hajj will not be canceled, but that due to the coronavirus only “very limited numbers” of people will be allowed to perform the pilgrimage that traditionally draws around 2 million people from around the world to Mecca once a year. (AP Photo/Amr Nabil, File)
by: AYA BATRAWY, Associated Press
Posted: Jun 22, 2020 / 04:25 PM EST / Updated: Jun 22, 2020 / 04:25 PM EST

DUBAI, United Arab Emirates (AP) — Saudi Arabia said Tuesday that because of the coronavirus only “very limited numbers” of people will be allowed to perform the annual hajj pilgrimage that traditionally draws around 2 million people from around the world.

The kingdom’s Ministry of Hajj said only people of various nationalities already residing in the country would be allowed to perform the large pilgrimage, which is set to begin this year at the end of July.

The government did not specify how many people would be permitted to take part.

Saudi Arabia said its decision to drastically limit the number of pilgrims was made due to the lack of an available vaccine for the virus or a cure for those infected, as well as the risks associated with large gatherings of people.

“This decision was taken to ensure hajj is performed in a safe manner from a public health perspective,” the government statement said.

The virus causes mild to moderate symptoms in most people, who recover within a few weeks. But it is highly contagious and can cause severe illness or death, particularly in older patients or those with underlying health problems.

All able-bodied Muslims are required to perform the hajj pilgrimage once in their lifetime. The pilgrimage centers around five intense days of worship and rituals in Mecca, however pilgrims typically begin arriving to Saudi Arabia through its main gateway city of Jiddah weeks and even months in advance.

The kingdom has one of the highest rates of coronavirus infections in the Middle East, with more than 161,000 total confirmed cases and 1,307 deaths.

Saudi Arabia had already suspended the smaller year-round umrah pilgrimage earlier this year and closed the Grand Mosque in Mecca, home to Islam’s holiest site, to the public. The city of Mecca was also under a strict lockdown for around two months.

Although Saudi Arabia has lifted some restrictions in recent days around the country, the umrah continues to be suspended and its borders remain shut to visitors and tourists.

Indonesia and Malaysia, which combined send around a quarter-million Muslims to the hajj each year, had already announced they would not be sending their citizens to the pilgrimage this year.