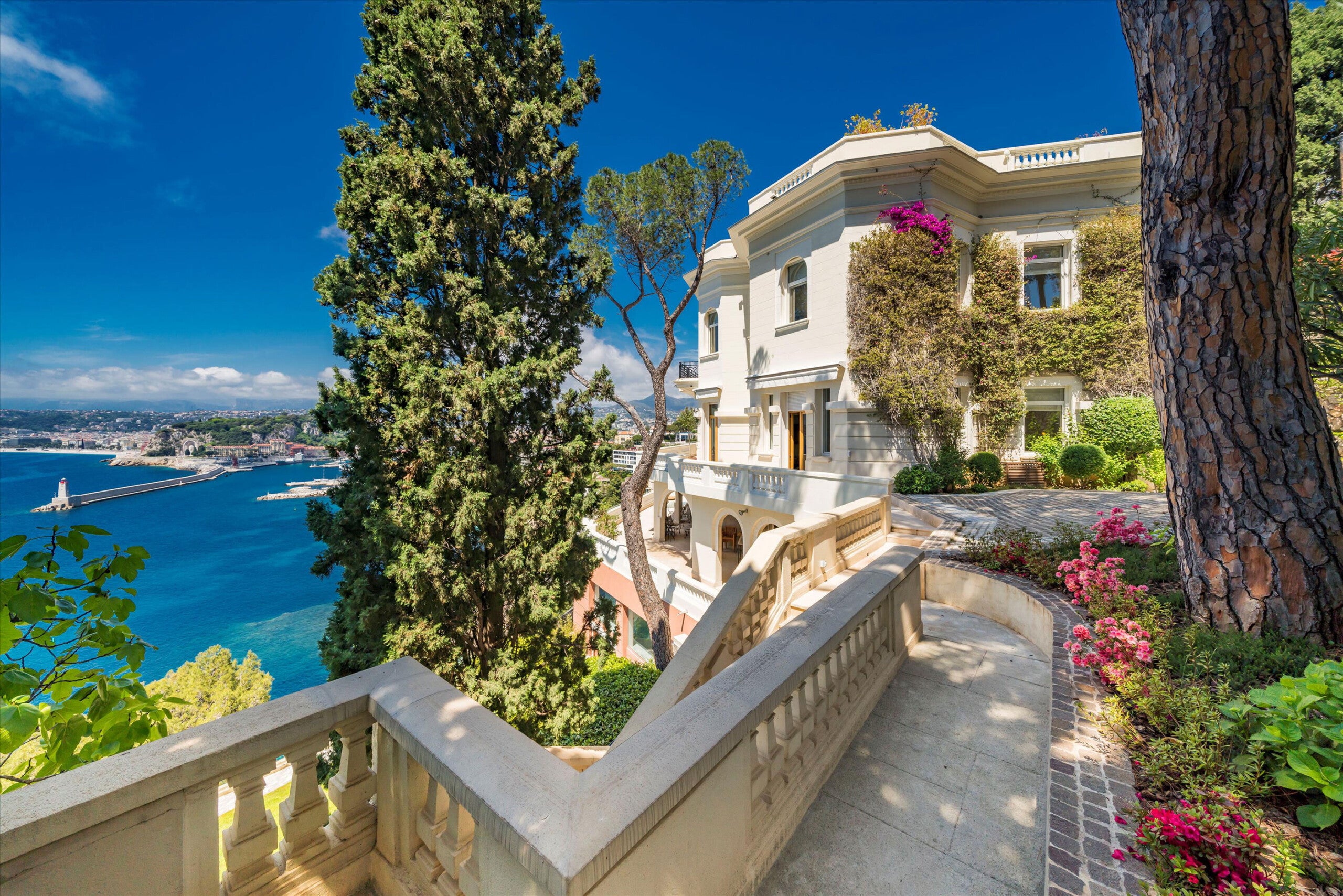 (CNN) — If you’re dreaming of the luxurious life of an international man of mystery, you could be in luck — Sean Connery’s former French Riviera residence is on the market for €30 million ($35.4 million).

Nestled on a hillside in the Cap de Nice, almost every room in the Belle Epoque-style villa boasts spectacular views of the coast, as well as of Nice and surrounding Riviera residences, Edward de Mallet Morgan, partner at Knight Frank, told CNN.

“You get an amazing elevated view over the bay in front of you, but you also get the view up to the mountains, and the view along the coast,” he said.

Once owned by the the silver screen’s first 007, the villa has a main residence covering almost 1,000 square meters (around 10,700 square feet), and the master bedroom occupies an entire floor, de Mallet Morgan told CNN.

With a sweeping driveway and 1.24 acres of land, Villa Le Roc Fleuri comes complete with a wine cellar, a gym and a fitness room, as well as two guest villas and self-contained staff accommodation.

If glimpses of the Mediterranean aren’t enough to satisfy the owner’s aquatic urges, the house has its own swimming spots, with an indoor pool and an outdoor salt water pool with panoramic views of the sea and coastline.

The house is surrounded by vibrant gardens, with stone terraces gradually descending to the coastal road by the seafront.

Connery, whose five-decade-long movie career was dominated by the role of James Bond, died at the age of 90, his publicist confirmed earlier this week.

The Scottish actor played the British spy in seven movies, beginning with the first Bond film, “Dr. No,” in 1962.

He also starred opposite Tippi Hedren in Alfred Hitchcock’s “Marnie” in 1964; was part of the all-star cast in 1974’s “Murder on the Orient Express”; played Indiana Jones’ father in 1989’s “Indiana Jones and the Last Crusade”; and won an Academy Award for best supporting actor for his performance as Chicago cop Jim Malone in the 1987 film “The Untouchables.”

A representative for Knight Frank told CNN that the property, which was owned by Connery several years ago, had been on the market since before the actor’s death.