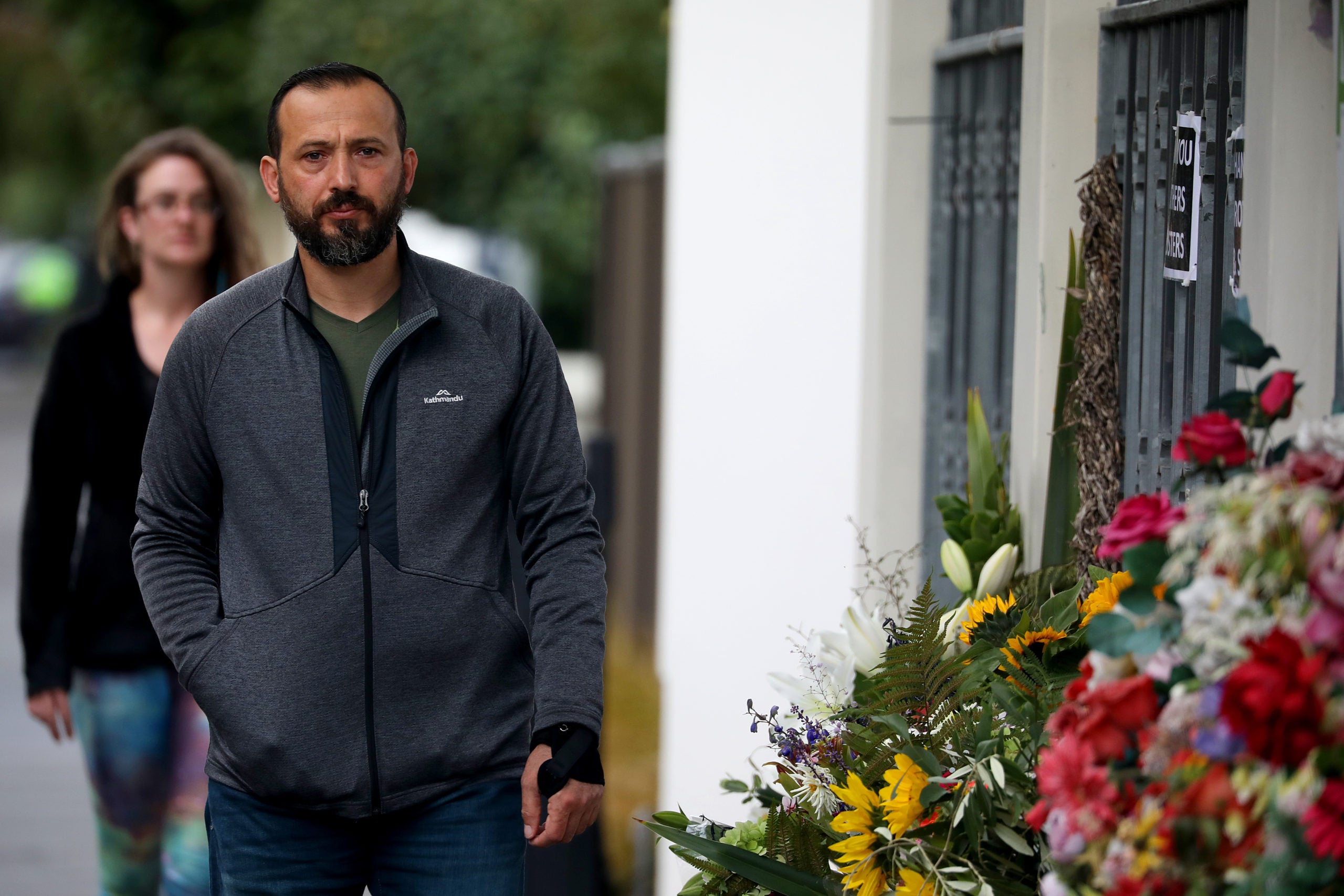 A survivor of the Christchurch mosque attacks, Temel Atacocugu arrives at the Al Noor mosque in Christchurch, New Zealand on March 15, 2020. On March 15 last year, 51 people died and 49 were injured in the shootings at Christchurch's Al Noor and Linwood Mosques when a gunman opened fire on worshippers. It was labeled as New Zealand's "darkest day". Events around the country including the Christchurch National Remembrance Service which marking the first anniversary of the attacks has been canceled amid safety fears over Covid-19.  (Photo by Sanka Vidanagama/NurPhoto via Getty Images)
by: The Associated Press
Posted: Mar 15, 2020 / 05:57 AM EST / Updated: Mar 15, 2020 / 05:57 AM EST

A year after the shooting, he is slowly overcoming his physical and psychological injuries, and has even found himself ready to face a childhood fear: sharks.

Atacocugu no longer needs a wheelchair or cane and is playing soccer again with his buddies.

He’s been seeing a psychologist who’s helping him work through the images and flashbacks that still haunt him. He says his whole life has been turned upside down but he’s spiritually stronger than before.