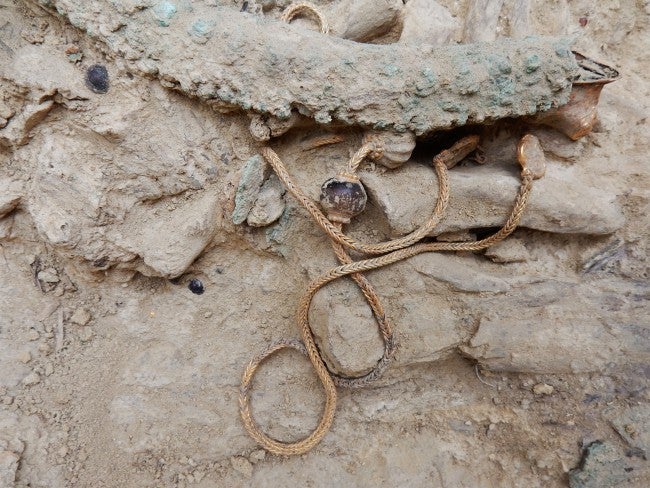 ATHENS, Greece (AP) – Authorities say a 3,500-year-old, treasure-filled grave of a warrior has been discovered near an ancient palace in southern Greece.

The Culture Ministry says the grave is the most spectacular discovery of its kind from the Mycenaean era in more than six decades. It contained about 1,400 artefacts, including gold and silver jewelry, cups, bronze vases, engraved gemstones and an ornate ivory-and gilt-hilted sword.

The grave escaped plunderers who looted a monumental beehive tomb discovered decades ago in the area, near the palace of Pylos – one of the most important Mycenaean administrative centers.

A ministry statement said Monday the grave was found this summer by an international team headed by the University of Cincinnati.

It said the dead warrior, aged 30-35, must have been a “leading member” of Pylos’ aristocracy.