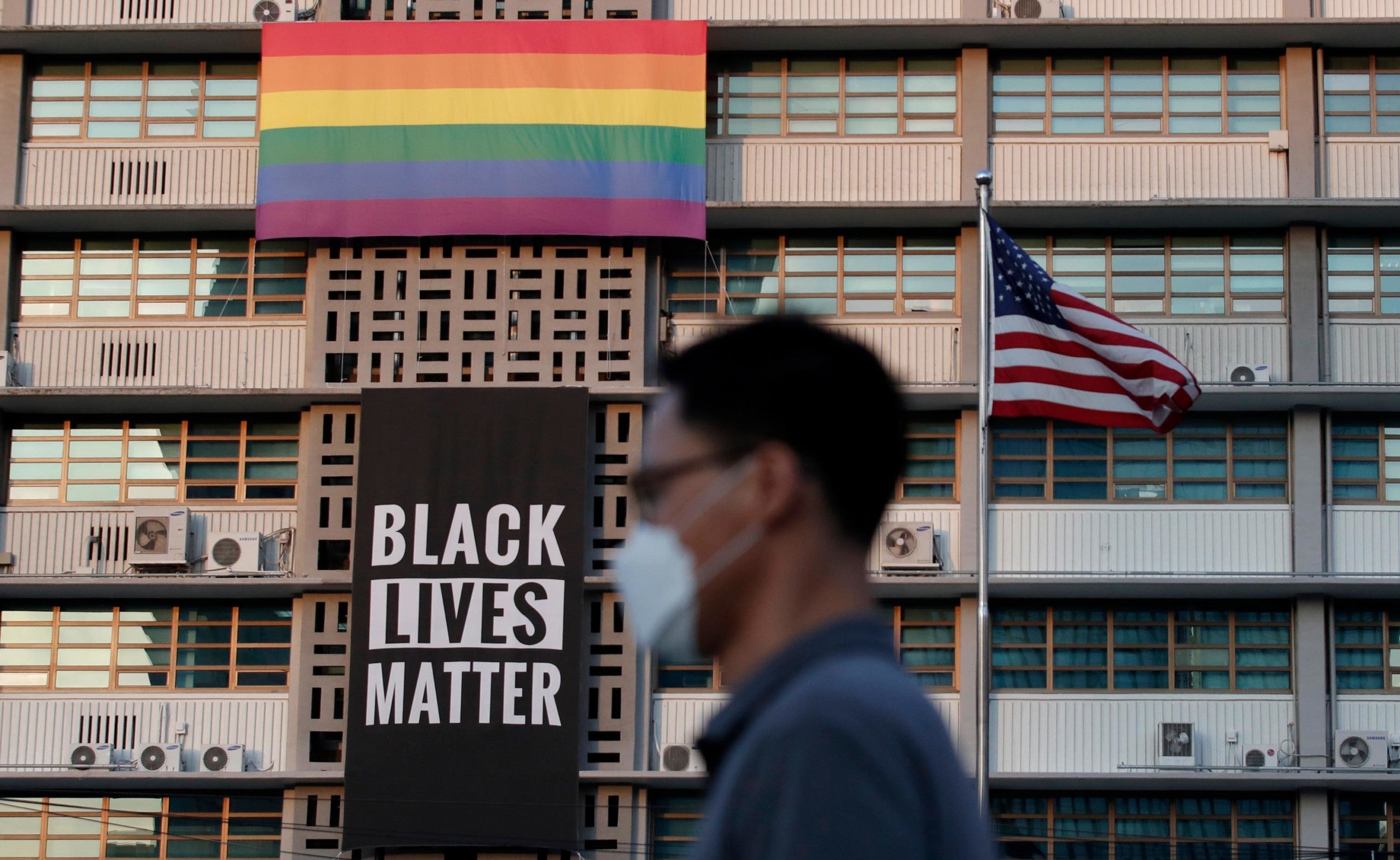 (CNN) — The US Embassy in Seoul, South Korea, has received a request from the State Department’s seventh floor — where Secretary of State Mike Pompeo‘s offices are located — that it take down the Black Lives Matter sign that Ambassador Harry Harris hung from the building’s façade Saturday, according to a source familiar with the issue.

The seventh floor cited as its reason the fact that Black Lives Matter is a non-profit organization and that the US government does not encourage contributions to the group or promote any specific organization, the source said.

On Saturday, the embassy tweeted a message saying the it “stands in solidarity with fellow Americans grieving and peacefully protesting to demand positive change,” the embassy said in the tweet. “Our #BlackLivesMatter banner shows our support for the fight against racial injustice and police brutality as we strive to be a more inclusive & just society,” the tweet also said.

CNN has reached out to the embassy in Seoul as well as the State Department in Washington for comment.

As of 9 a.m. ET Monday, the embassy website was still displaying the Black Lives Matter banner draped on the embassy.