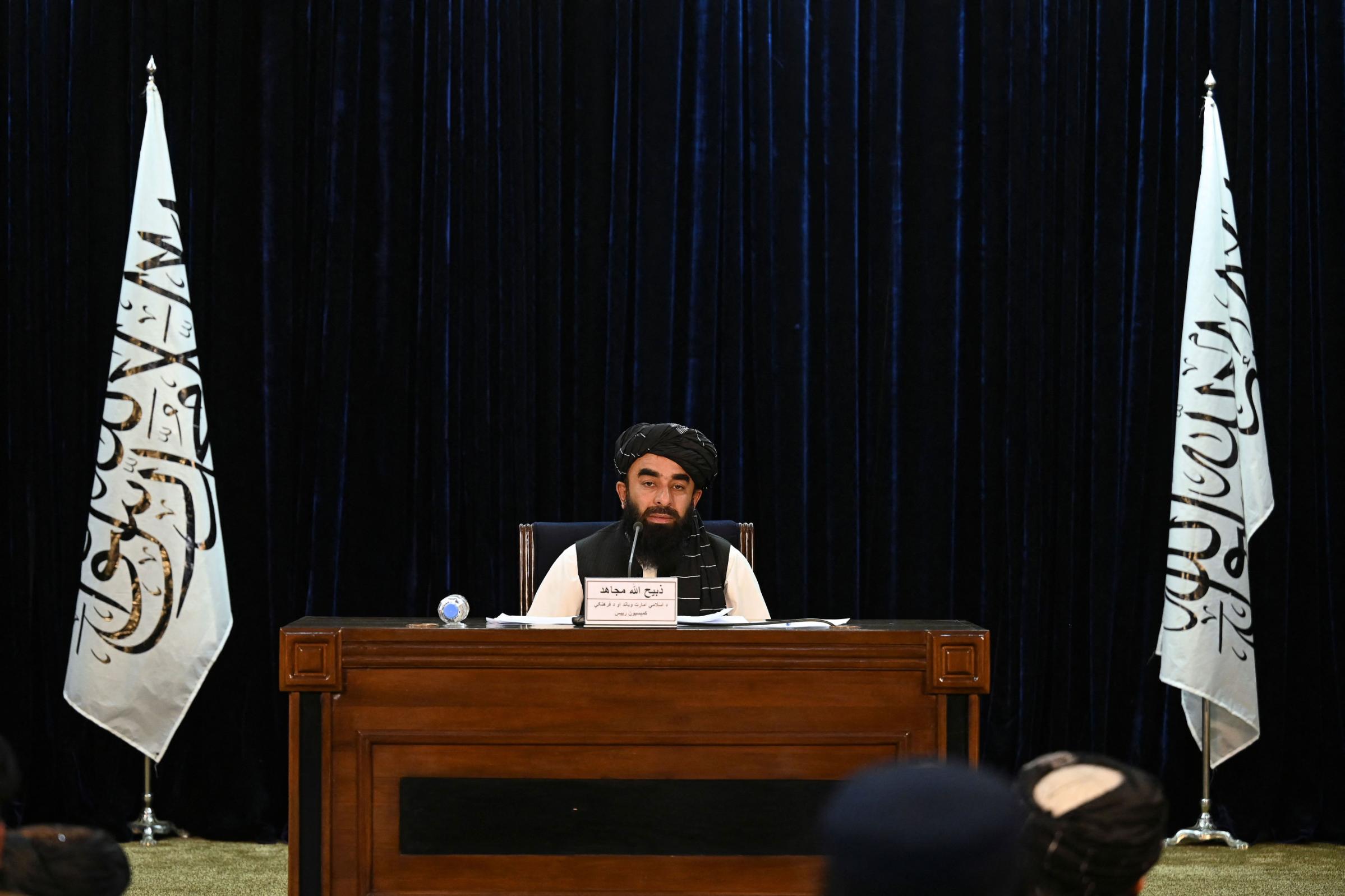 (CNN) — The Taliban have denied claims that Afghan women would be banned from secondary schools after calling on boys, but not girls, to resume education, claiming they needed to set up a “secure transportation system” for female students before allowing them back into classrooms.

The Taliban Ministry of Education ordered male students and teachers from the 6th to the 12th grade to report to their schools on Saturday. The announcement, issued on Friday, did not mention female students at all, sowing fears that girls would once again be excluded from secondary education.

When last in power between 1996 and 2001, the militant group banned women and girls from education and work and severely restricted their rights.

But speaking to CNN on Saturday, Taliban spokesman Zabiullah Mujahid said women will be allowed to study.

Mujahid told CNN the Taliban was working on creating a secure transportation system for girls in grades 6-12.

“There are certain rules during their class time that must be obeyed that they could be safe and sound,” he said.

Mujahid pointed out that women were being allowed to continue to study in other age groups. “We do have girls in universities continuing their education both in private and government-funded universities, but from grade 6-12 we are currently trying to provide a chance for them to carry on, and that’s in progress,” he said.

One Afghan girl who was hoping to go back to school told CNN the Taliban announcement on Friday came as a shock, especially since the group had previously allowed girls to go to primary schools.

“I was hoping to go back to school and get closer to my bigger dreams, but now everything looks blurry,” Tamana, who did not want to disclose her last name, told CNN. “If the Taliban do not allow us to go back to school, our future and our hopes would be crushed forever.”

Taliban leaders have repeatedly promised to respect women’s rights, insisting publicly that women will play a prominent role in society and have access to education.

The reality on the ground in Afghanistan appears far from those promises. Women have been completely excluded from the country’s new, hardline government.

Militants have in some instances ordered women to leave their workplaces, and when a group of women protested the announcement of the all-male government in Kabul last week Taliban fighters beat them with whips and sticks.

While women have been allowed to continue their university education, the Taliban has mandated the segregation of genders in classrooms and said female students, lecturers and employees must wear hijabs in accordance with the group’s interpretation of Sharia law.

UNICEF chief Henrietta Fore said the organization was “deeply worried” girls would be excluded from education. “Girls cannot, and must not, be left behind. It is critical that all girls, including older girls, are able to resume their education without any further delays. For that, we need female teachers to resume teaching,” she said on Friday.