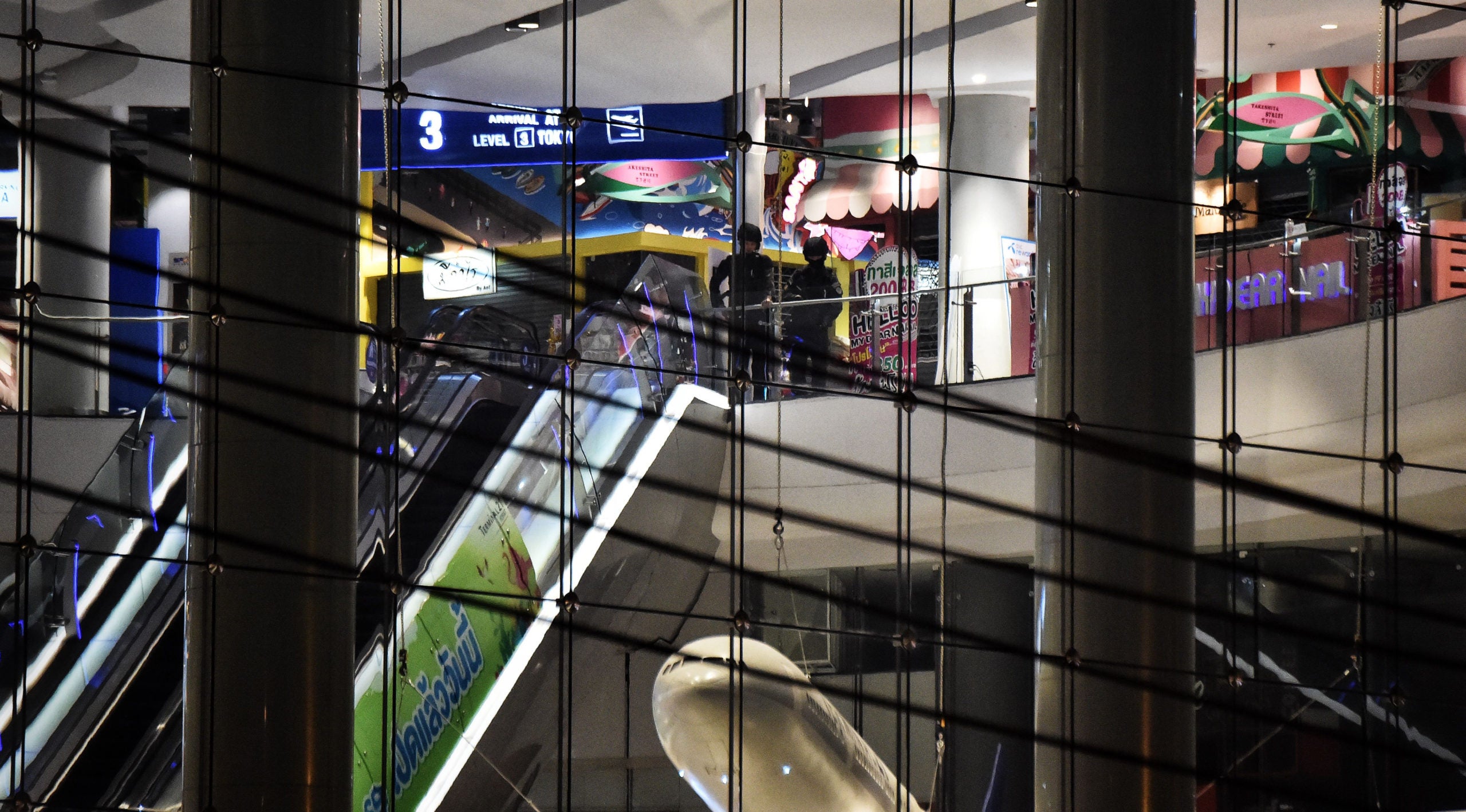 (CNN) — A Thai soldier accused of killing more than 20 people and injuring 33 others in a shooting at a crowded shopping mall has been shot dead by police, bringing an end to a 12-hour manhunt, military officials said Sunday.

The standoff began on Saturday after the shooter started firing first at a military site and then at the Terminal 21 shopping mall in Thailand’s northeastern Nakhon Ratchasima province, known as Korat.

News footage from the scene showed people leaving the area in pickup trucks and cars as security forces surrounded the mall.

“In general, any military (officer) would be good at guns, but this man certainly has more skills,” he said.

According to spokesman Tantravanich, the incident began after the gunman quarreled with his superior officer on Saturday, eventually shooting and killing him.

He then took his superior’s gun and proceeded to shoot his colleagues, Tantravanich said. It wasn’t immediately known whether any other military personnel were killed.

The soldier stole more guns, including at least one machine gun, and a military Humvee. Tantravanich could not confirm the number of guns and ammunition taken.

After the shooter left the military base, he drove to the shopping mall and shot civilians along the way, Tantravanich said.

This article has been updated to accurately reflect the death toll given by Thai authorities.