This is the worst peacetime recession in 100 years, OECD says 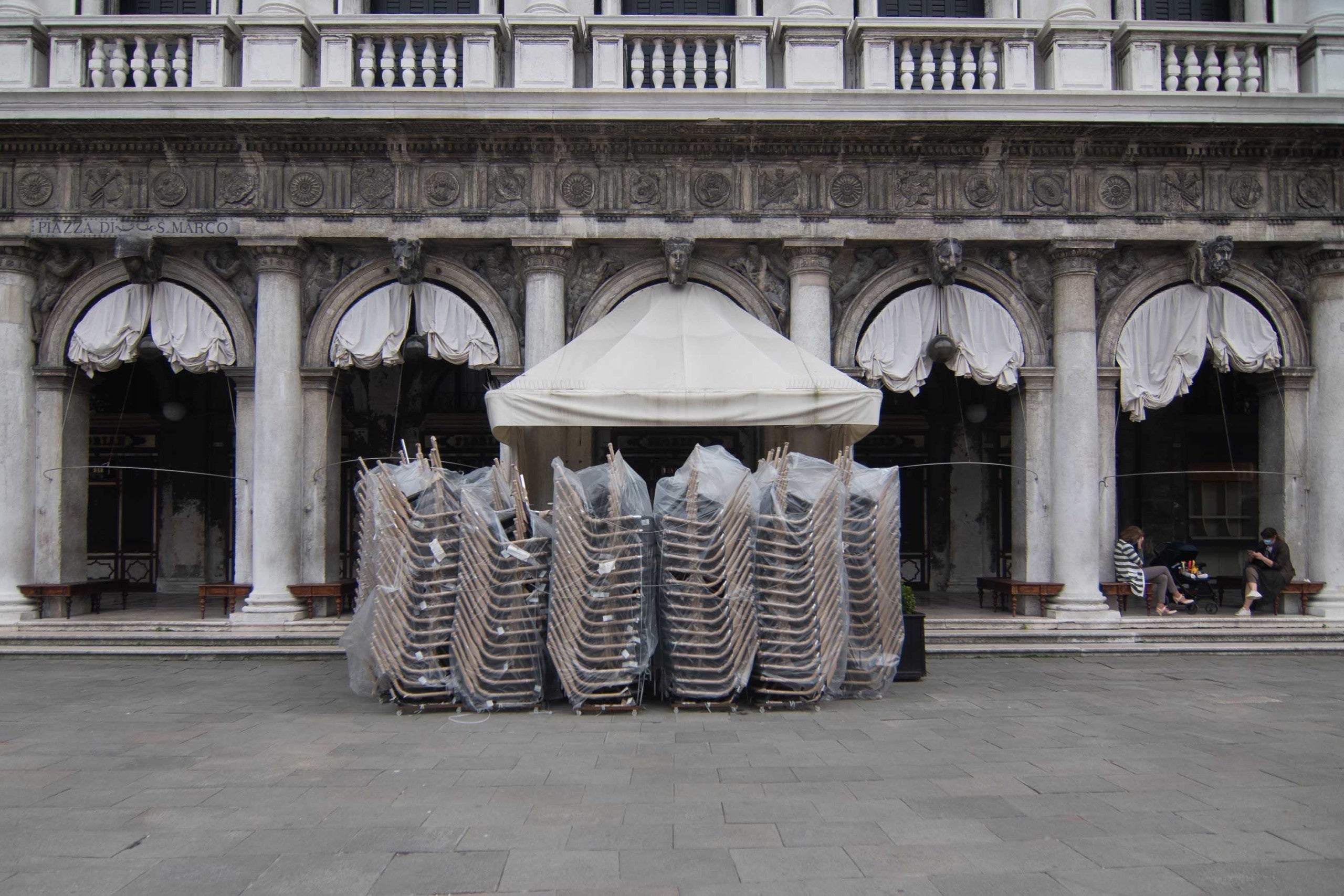 VENICE, ITALY - MAY 18: The bar Florian Cafè in St. Mark square is closed like other businesses that due to the absence of tourists and restrictions have decided not to reopen despite today's reopening on May 18, 2020 in Venice, Italy. Restaurants, bars, cafes, hairdressers and other shops have reopened, subject to social distancing measures, after more than two months of a nationwide lockdown meant to curb the spread of Covid-19. (Photo by Simone Padovani/Awakening/Getty Images)
by: Charles Riley, CNN Business
Posted: Jun 10, 2020 / 07:19 AM EST / Updated: Jun 10, 2020 / 07:19 AM EST

(CNN) — The global economy is plunging into the worst peacetime recession in a century, according to the Organization for Economic Cooperation and Development.

The Paris-based agency said Wednesday it expects the global economy to contract 6% this year before rebounding in 2021, a prediction that ranks among the gloomiest offered by multilateral financial institutions. And it warned that a second wave of coronavirus infections would lead to even more disruption and economic scarring.

The World Bank forecast earlier this week that global output would shrink 5.2% in 2020, while the International Monetary Fund estimated a 3% contraction in April.

“By the end of 2021, the loss of income exceeds that of any previous recession over the last 100 years outside wartime, with dire and long-lasting consequences for people, firms and governments,” said OECD chief economist Laurence Boone.

The OECD, which represents the world’s biggest economies, said the trauma could be even worse if a second global coronavirus outbreak occurs in the coming months. That would cause global GDP to contract 7.6% this year, with the effects only starting to subside in the second half of 2021.

While it notes that the economic outlook is “exceptionally uncertain,” the OECD does not envision a quick economic recovery even if a second wave of infections is avoided. Some industries would suffer from reduced activity for an extended period of time despite the huge stimulus programs put in place by governments and central banks.

“The disruption resulting from the pandemic is likely to leave long-lasting scars in many economies. Living standards have been reduced significantly, unemployment is being pushed well above pre-crisis levels, raising the risk of many people becoming trapped in longer unemployment spells, and investment is collapsing,” the agency said in a report.

Europe is being hit hardest. In the scenario where a second wave of infections is avoided, the OECD expects the UK economy to shrink by 11.5% this year, while Spain, France and Italy will suffer contractions of more than 11%. US output is expected to shrink by 7.3% in 2020.

The OECD praised governments for deploying massive amounts of stimulus in response to the crisis, but it warned that policymakers will not be able to support private sector wages, employment and business activity over the long run.

Capital and workers will need to move from damaged parts of the economy to sectors that are growing. While this won’t happen quickly enough to prevent unemployment from rising, the OECD said that governments must allow companies to restructure quickly and provide wage support and training to workers.

“We have previously called for a rise in public investment in digital and green technologies to promote long-term sustainable growth and lift demand in the short term. This is even more urgent today with economies having been hit so hard,” the OECD said in its report.