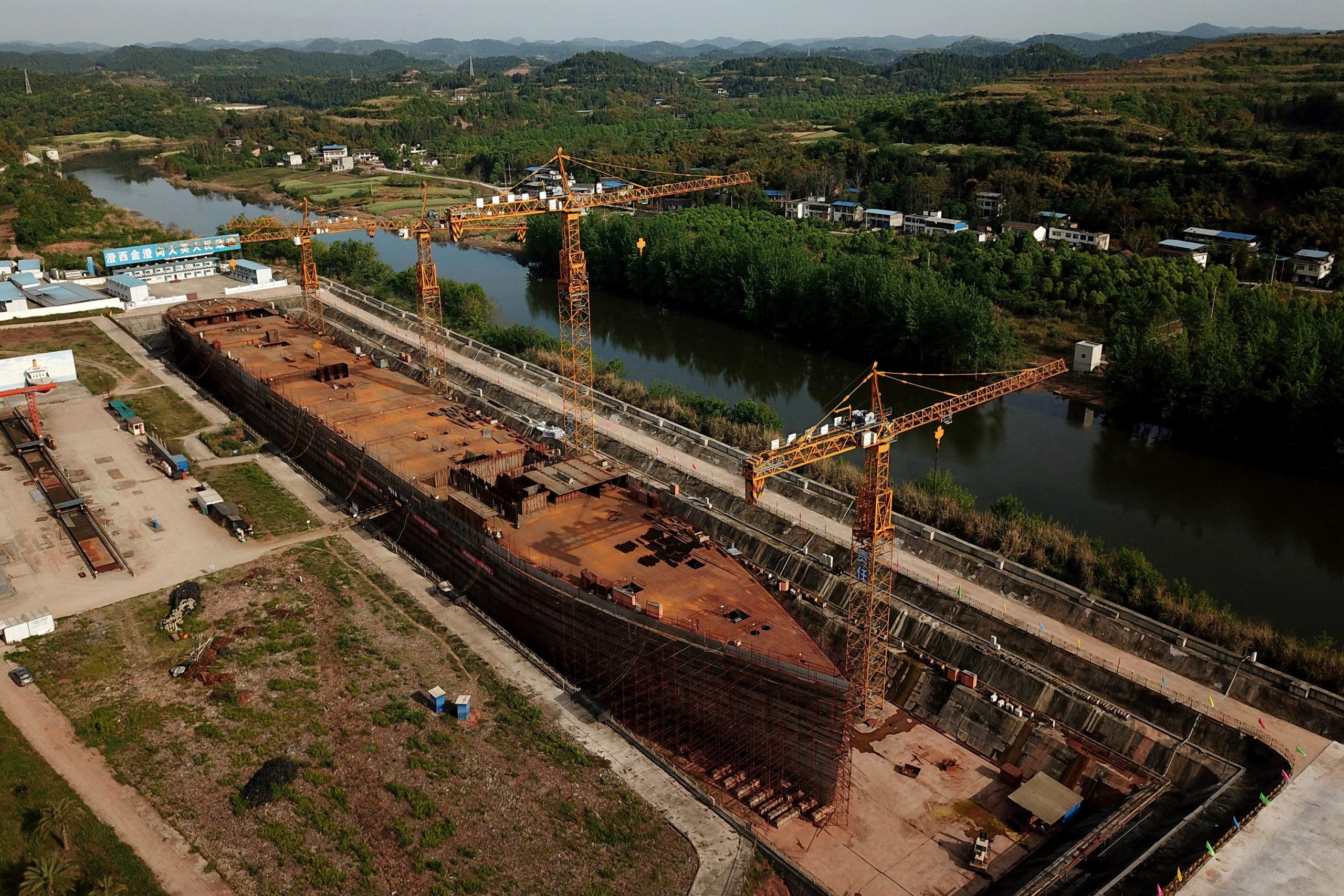 (CNN) — For those who have always wondered what it would’ve been like to be a passenger on the Titanic, a theme park in China is set to offer the closest experience one can get.

A massive replica of the sunken ocean liner is now under construction in Daying County in Sichuan province.

The centerpiece of a theme park called Romandisea, it will have the same amenities of its namesake, including banquet halls, theaters, observation decks and a swimming pool. Guests will be able to pay to spend the night aboard the ship, which will be permanently docked in a reservoir in the Qijiang River, about 130 kilometers from the provincial capital Chengdu — several hundred miles from the sea.

An opening date has not yet been set.

CNN first reported on the project in 2016, when construction workers had just started laying the keel. A recent photo essay by news agency AFP offers a new look at construction progress on the replica. (See below gallery.)

China’s ship isn’t the only proposed replica of the original Titanic.

In 2018, Australian company Blue Star Line announced work was recommencing on the Titanic II following a lengthy delay. It has been promoted as an identical copy of the infamous liner, home to 835 cabins to accommodate 2,435 passengers.

The maiden voyage was scheduled to take place in 2022, however the company’s website hasn’t been updated since 2018. CNN has reached out to Blue Star Line for comment on status of the ship.

The original Titanic set sail on its maiden voyage from Southampton, England, to New York on April 10, 1912.

At the time, it was the largest passenger ship afloat.

On April 14, around midnight, it struck an iceberg and sunk in less than three hours. According to the US Senate report on the Titanic disaster, 1,517 people died and 706 survived out of 2,223 passengers and crew.

In 1985, scientists led by American Robert Ballard and France’s Jean Jarry located the wreckage about 350 miles off the southeast coast of Newfoundland, Canada. The following year, Ballard and his crew used a manned deep-ocean research submersible to explore the sunken ship for the very first time.

CNN Travel recently caught up with the renowned oceanographer, who’s widely known as “the man who found Titanic.”

Although Ballard admits he was never a “Titanic fanatic,” he says he became fixated on finding the wreck after witnessing several unsuccessful attempts by other explorers.

All Indiana Politics / 50 mins ago