Trump: US demands restoration of UN sanctions against Iran 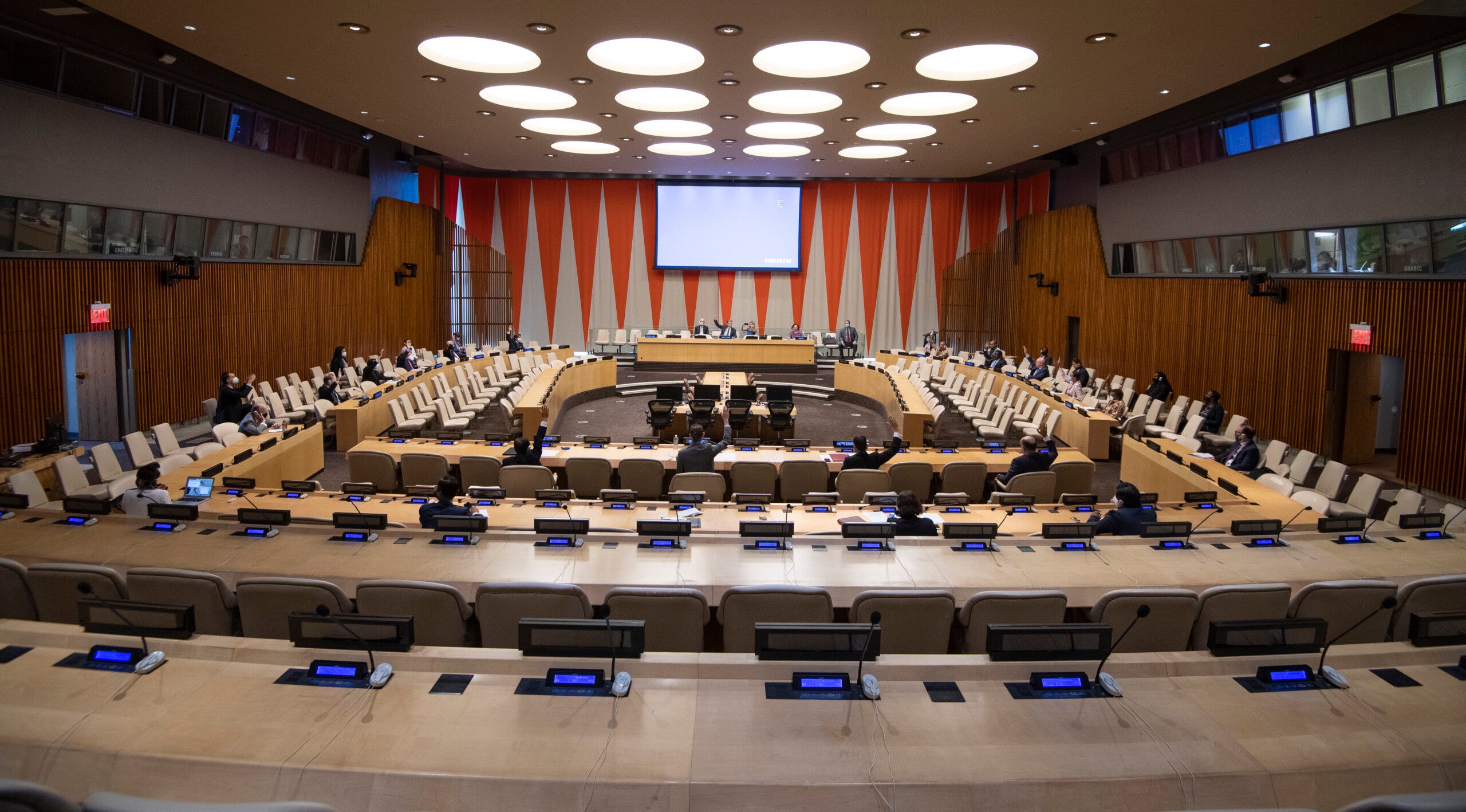 WASHINGTON (AP) — The United States will demand Thursday that all United Nations sanctions be reimposed against Iran, President Donald Trump announced Wednesday, a move that follows America’s embarrassing failure to extend an arms embargo against Tehran.

The administration’s insistence on snapping back international sanctions against Iran sets the stage for a contentious dispute. It’s possible that the U.S. call will be ignored by other U.N. members — an outcome that could call into question the U.N. Security Council’s ability to enforce its own legally binding decisions.

“Two years ago I withdrew the United States from the disastrous Iran nuclear deal, which was a product of the Obama-Biden foreign policy failure — a failure like few people have seen in terms of the amount of money we paid for absolutely nothing and a short-term deal,” Trump said.

He pledged that under his administration, Iran will never have a nuclear weapon.

“If and when I win the election, within the first month, Iran will come to us and they are going to be asking for a deal so quickly because they are doing very poorly,” he said, adding that sanctions have crippled Iran’s economy and limited the amount of money it can use to support militant groups.

Trump said Secretary of State Mike Pompeo will travel to New York on Thursday to present the U.S. demand to reimpose the sanctions, accusing Iran of significant non-compliance with the 2015 nuclear deal.

Pompeo and Trump have made no secret of their intention to invoke the rare and controversial diplomatic move in the wake of the administration’s defeat at the United Nations last week on extending the arms embargo. The U.S. won just one other “yes” vote, with China and Russia opposed and the 11 other members abstaining.

As with the arms embargo, Russia and China bitterly oppose reimposing sanctions on Iran. So do other Security Council members, including U.S. allies Britain and France, a dispute that could result in a battle over the legitimacy of the U.N.’s most powerful body.

“Iran’s support for its proxies in Syria only helps to bolster the Assad regime and undermine the U.N. process,” said U.S. Ambassador Kelly Craft in remarks at Wednesday’s council meeting on Syria. “How will giving Iran access to more weapons serve the interests of international peace and security?”

The Trump administration seeks to reimpose all U.N. sanctions against Iran under the so-called “snapback” mechanism that was approved with the 2015 nuclear deal between Tehran and six major powers. Under the deal, Tehran received billions of dollars in sanctions relief in exchange for curbs on its nuclear program. The “snapback” mechanism was created in the event Tehran was proven to be in violation of the accord.

While other members of the U.N. Security Council say the U.S. no longer has any say regarding the Iran deal, the Trump administration argues that it retains its standing as an original participant in the accord and as a permanent member of the Security Council that endorsed the agreement.

Trump said that when the United States entered the deal, it was clear that the U.S. always would have the right to invoke a reimposition of the U.N. sanctions.

That’s not how other countries see it.

Chinese Foreign Minister Wang Yi said that since the U.S. is no longer a party to the nuclear deal it “has no right to demand the Security Council to activate the rapid reinstatement of sanctions mechanism.”

Russian Foreign Minister Sergey Lavrov accused the Trump administration of unleashing a politically motivated campaign against Iran and called for “universal condemnation” of the U.S. attempt to impose a permanent arms embargo on the Islamic Republic.

Speaking to reporters Wednesday, Pompeo defended the U.S. decision to invoke the snapback provision. It’s unclear whether other members of the council can stop it through technical procedural means.

“This will be a fully valid enforceable Security Council resolution and we have every expectation that it will be enforced just like every other Security Council resolution that is in place,” said Pompeo, who is to meet Thursday with U.N. Secretary-General Antonio Guterres at his residence. ”We will be in full compliance with that and we have every expectation that every country in the world will live up to its obligations.”

The administration’s position is that once it has notified the council that it is invoking “snapback,” all the U.N. sanctions will be reimposed in 30 days. That’s because the U.S. would veto any resolution that attempts to prolong the sanctions relief. The administration’s view is that once those 30 days have passed, any country that doesn’t enforce the U.N. sanctions will be hit with U.S. penalties for violating a binding U.N. Security Council action.

What the administration’s position does not account for, however, is a scenario in which the rest of the world simply ignores the United States on the grounds that it no longer has legal standing to invoke snapback. There is also the theory that America’s sanctions architecture won’t be able to effectively handle such a massive enforcement exercise on its own. Other countries may also hedge their bets pending the outcome of the Nov. 3 U.S. presidential election, believing that Democratic nominee Joe Biden would reverse Trump’s decision should the president fail to win a second term.

The U.S. argument is highly controversial. Not only has it been ridiculed by the Chinese, Russians and Europeans, not even the biggest Iran hawks in the United States all agree with it.

Former Trump national security adviser John Bolton, who has long held anti-Iran positions, has said the U.S. lost its snapback standing when it withdrew from the deal and moving ahead is not worth the damage it could do to U.S. veto power in the council.

In a rare moment of agreement, Iran’s Foreign Minister Mohammed Javad Zarif praised Bolton this week. “At least he is consistent — a trait notably absent in this U.S. administration,” Zarif tweeted.

Former U.S. Undersecretary of State for Political Affairs Wendy Sherman, a lead negotiator of the nuclear deal during the Obama administration, said, “It was never expected that someone who withdrew from the (deal) would have standing to in fact bring the snapback provision.”

Lederer reported from the United Nations.