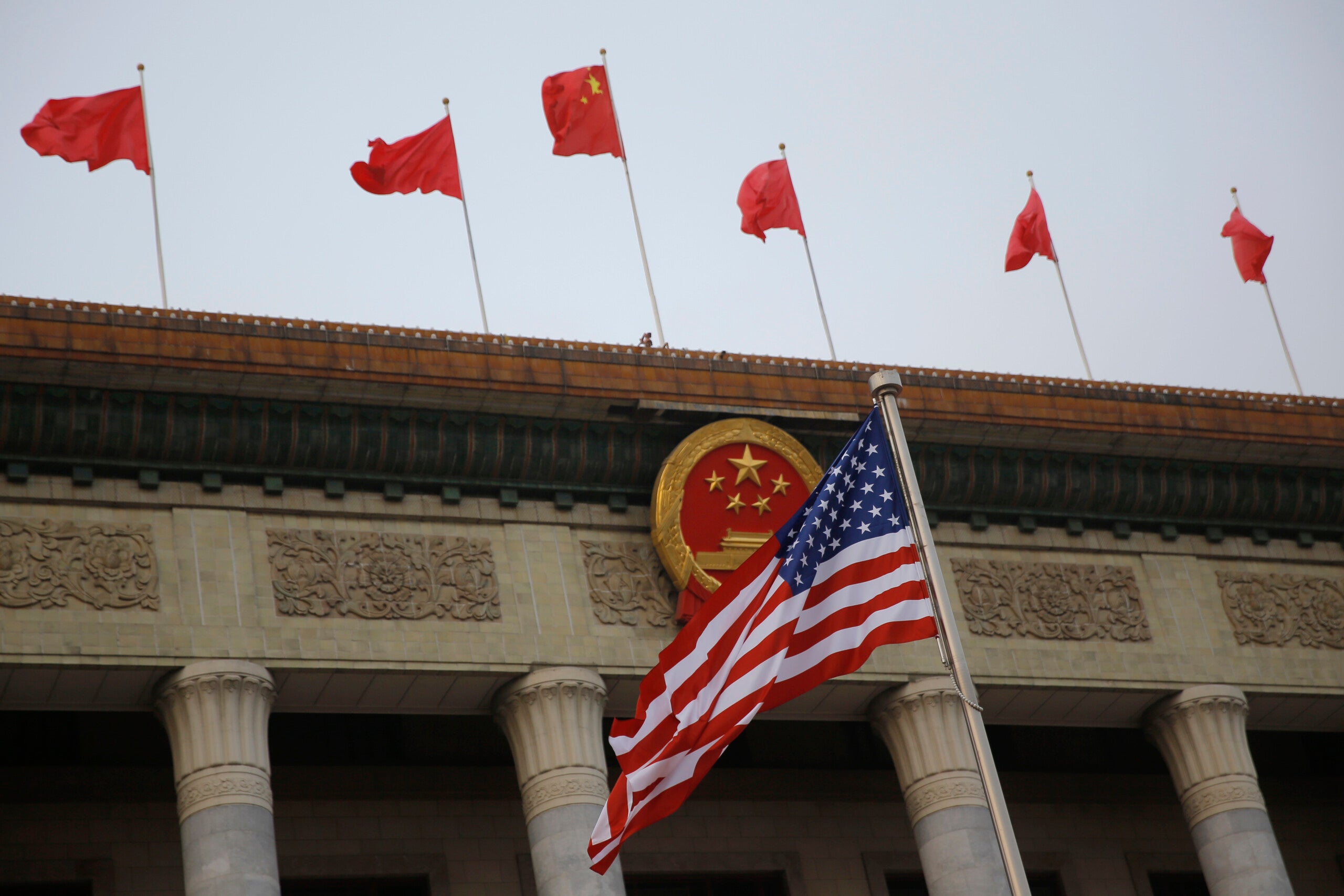 (CNN) — The US announced sanctions Monday against two Chinese officials for “serious human rights abuses” against Uyghur Muslims, a step coordinated with the European Union, Canada and the United Kingdom, which imposed sanctions on the same individuals and others, the Treasury Department said.

“Chinese authorities will continue to face consequences as long as atrocities occur in Xinjiang,” said the Treasury Department’s Director of the Office of Foreign Assets Control Andrea M. Gacki. “Treasury is committed to promoting accountability for the Chinese government’s human rights abuses, including arbitrary detention and torture, against Uyghurs and other ethnic minorities.”

The US designated Wang Junzheng, the Secretary of the Party Committee of the Xinjiang Production and Construction Corps, and Chen Mingguo, Director of the Xinjiang Public Security Bureau. “These individuals are designated pursuant to Executive Order (E.O.) 13818, which builds upon and implements the Global Magnitsky Human Rights Accountability Act and targets perpetrators of serious human rights abuse and corruption,” the Treasury Department said.

Secretary of State Antony Blinken described the Chinese campaign against Uyghurs as genocide.

“Amid growing international condemnation, the PRC continues to commit genocide and crimes against humanity in Xinjiang,” Blinken said in a statement, using the acronym for the People’s Republic of China. “The United States reiterates its calls on the PRC to bring an end to the repression of Uyghurs, who are predominantly Muslim, and members of other ethnic and religious minority groups in Xinjiang, including by releasing all those arbitrarily held in internment camps and detention facilities.”

Blinken emphasized last week that the US was also expressing the concerns of allies, and indicated that going forward, Washington would act in concert with them as well, an approach that US officials say is more effective than targeting China one-on-one.

On Monday, he said that the US had “taken this action today in solidarity with our partners in the United Kingdom, Canada, and the European Union … These actions demonstrate our ongoing commitment to working multilaterally to advance respect for human rights and shining a light on those in the PRC government and CCP responsible for these atrocities.”

The Treasury Department said in a statement that, “complementary actions using these global human rights sanctions regimes enable likeminded partners to form a unified front to identify, promote accountability for, and disrupt access to the international financial system by those who abuse human rights.”

Also Monday, The US announced a second set of coordinated sanctions with the European Union, designating to sanction Myanmar military officials and two military units for its violent repression of democratic protests there.

And in a dramatic display of international solidarity against repressive Chinese practices, diplomats from more than two dozen countries gathered Monday to try to gain access to a Chinese court Monday as detained Canadian Michael Kovrig went on trial in Beijing on espionage charges. They were denied.

Politico was first to report the US is set to unveil sanctions.

The European Union announced its sanctions Monday, naming Zhu Hailun, former head of the Xinjiang Uyghur Autonomous Region (XUAR), and three other top officials, for overseeing the detention and indoctrination program targeting Uyghurs and other Muslim ethnic minorities in Xinjiang, they said, according to the Official Journal of the European Union.

China responded almost immediately with tit-for-tat penalties, announcing sanctions on Monday against 10 EU politicians and four entities for “maliciously spreading lies and disinformation.” They will be banned from entering mainland China, Hong Kong and Macau, while their related companies and institutions are restricted from doing business with China, it said.

David Sassoli, president of the European Parliament, said Monday that China’s sanctions on MEPs, the Human Rights Subcommittee and EU bodies are “unacceptable and will have consequences.”

The EU said that Zhu Hailun had been described as the “architect” of this Uyghur indoctrination program, and “is therefore responsible for serious human rights violations in China, in particular large-scale arbitrary detentions inflicted upon Uyghurs and people from other Muslim ethnic minorities.”

The sanctions marked the first time the EU has targeted China with its Human Rights sanctioning regime, which came into force in December 2020 and was first used over the poisoning of Alexei Navalny.

In a statement posted by the Ministry of Foreign Affairs, China accused the EU of “disregarding and distorting the facts” and “grossly interfering in China’s internal affairs” by imposing sanctions against its officials.

The Chinese individuals listed by the EU are now subject to an asset freeze and will be banned from travelling to the EU. The sanctions also bar any EU persons and entities from making funds available, either directly or indirectly, to those listed.

The EU said Zhu Hailun was “responsible for maintaining internal security and law enforcement in the XUAR. As such, he held a key political position in charge of overseeing and implementing a large-scale surveillance, detention and indoctrination program targeting Uyghurs and people from other Muslim ethnic minorities.”

Apart from the European 10 politicians, China also sanctioned four entities included the Political and Security Committee of the Council of the European Union, Subcommittee on Human Rights of the European Parliament, the Mercator Institute for China Studies, and the Alliance of Democracies Foundation.

“The Chinese government is firmly determined to safeguard national sovereignty, security and development interests,” the statement added. “The Chinese side urges the EU side to reflect on itself, face squarely the severity of its mistake and redress it. It must stop lecturing others on human rights and interfering in their internal affairs.”