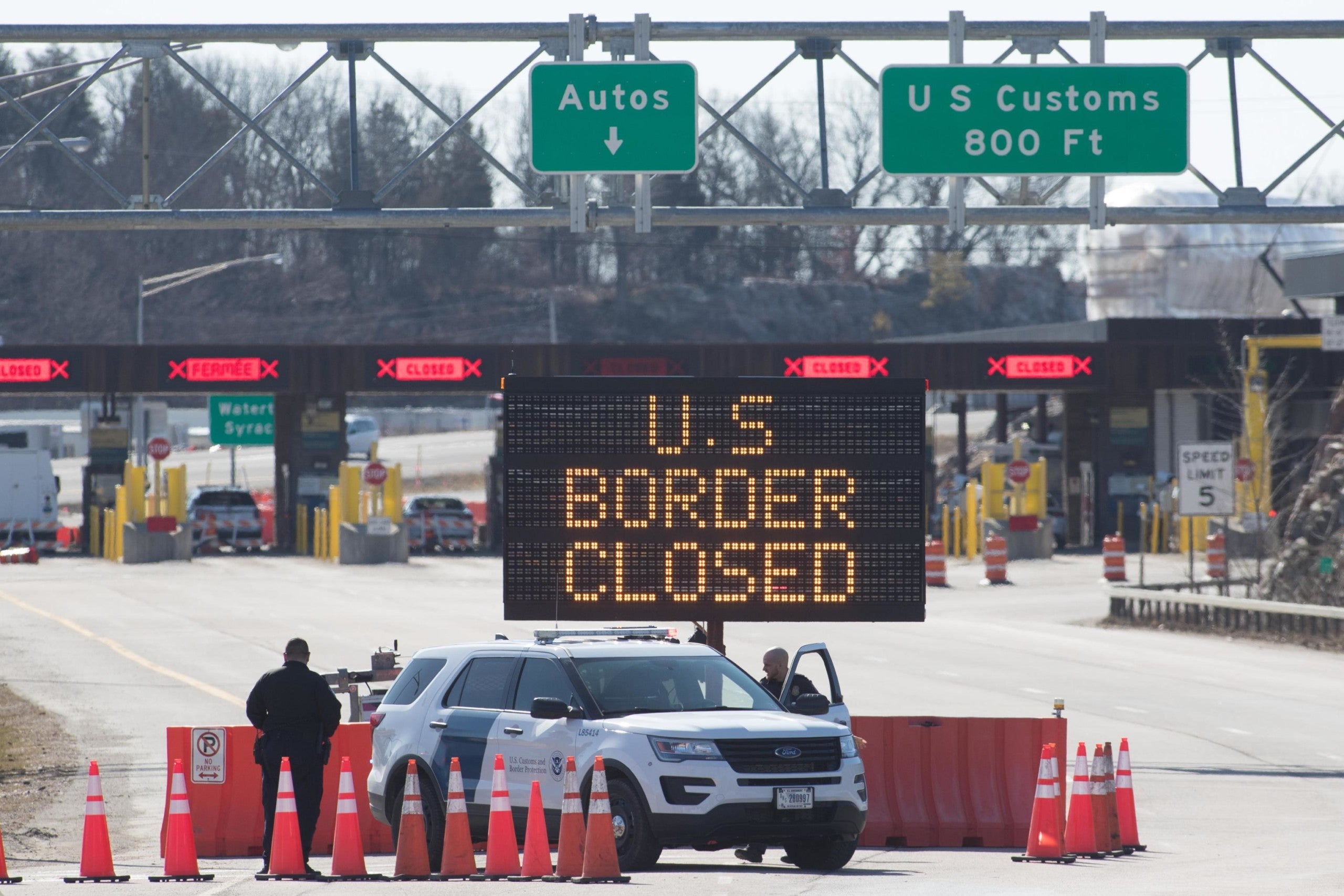 (CNN) — Calling the border with the United States a clear point of “vulnerability” for Canada in terms of Covid-19 infections, Canadian Prime Minister Justin Trudeau announced Tuesday that by mutual agreement, the border will remain closed to nonessential until at least June 21.

Trudeau did not rule out a further extension of the border closure. The US-Canada border has been closed since March 21.

“It was the right thing to further extend by 30 days our closure of the Canada, US border to travelers other than essential services and goods, but we will continue to watch carefully what’s happening elsewhere in the world and around us as we make decisions on next steps,” Trudeau said during his daily press conference in Ottawa.

Even if the border does reopen to nonessential travel, Trudeau repeated that stronger measures may be put in place, such as requiring quarantine, medical checks and tracking for those entering Canada, including those from the US.

“We know that we need to do more to ensure that travelers who are coming back from overseas or the US as Canadian are being properly followed up on, are properly isolated and don’t become further vectors for the spread of Covid-19,” Trudeau said.

The Trump administration is also preparing to extend travel restrictions and stringent border control measures this week related to the coronavirus pandemic, according to two administration officials.

A Department of Homeland Security spokesperson told CNN, “The United States has great appreciation for the efforts of our partners in Canada and Mexico to ensure that North America is working together to combat the pandemic caused by the novel coronavirus.”

Dr. Theresa Tam, Canada’s chief public health officer, said the only thing that’s allowed Canada to manage this first wave is the fact that international travelers have been banned and that returning Canadians and Canadian residents have quarantined for two weeks.

Asked how best to manage a border reopening when it happens, Tam said: “We want to make sure we not only keep up but maybe strengthen some of those measures. The mandatory 14-day quarantining of people who come in remains a cornerstone as we go forwards and the fact that we need to be able to manage that, then show that people are following that requirement.”

Canada has had at least 79,411 coranavirus cases and at least 5,960 deaths, according to data compiled by Johns Hopkins University. By comparison, there have been more than 1.5 million cases in the United States and at least 90,432 deaths.

Canadian border communities reacted with relief after lobbying the Trudeau government to keep the border closed for the time being.

“Casual travel across our land borders is not yet safe and may actually lead to greater community transmission of Covid-19 which is something no one wants to see happen,” said Drew Dilkens, the mayor of Windsor, Ontario, in an interview with CNN.

Windsor is less than five miles from Detroit, Michigan, and is the busiest border crossing between the US and Canada in terms of traffic and commercial goods. Since the border closed in March, both governments say essential commercial traffic has continued to flow smoothly. Essential workers, including hundreds of health care employees, also continue to cross daily into Michigan to work in health care centers in Detroit and across the state.

“This is the only place within our two countries where two major urban areas are this close to one another and so the intricacies (of reopening) are a little different and the consequences are perhaps a little different, if we move too fast,” Dilkens said.

Dilkens points out his city is already expecting more border traffic as the US auto industry reopens this week. Auto manufacturing supply chains are closely inter-connected between Michigan and the province of Ontario. Dilkens says it’s important for both economies that border traffic continues “at the speed of business.”

“The flow has to continue, and that the border has to work for business while also protecting the general public from crossing for nonessential work or anything else,” Dilkens said.