US, UK brace for soaring death tolls as pandemic bears down 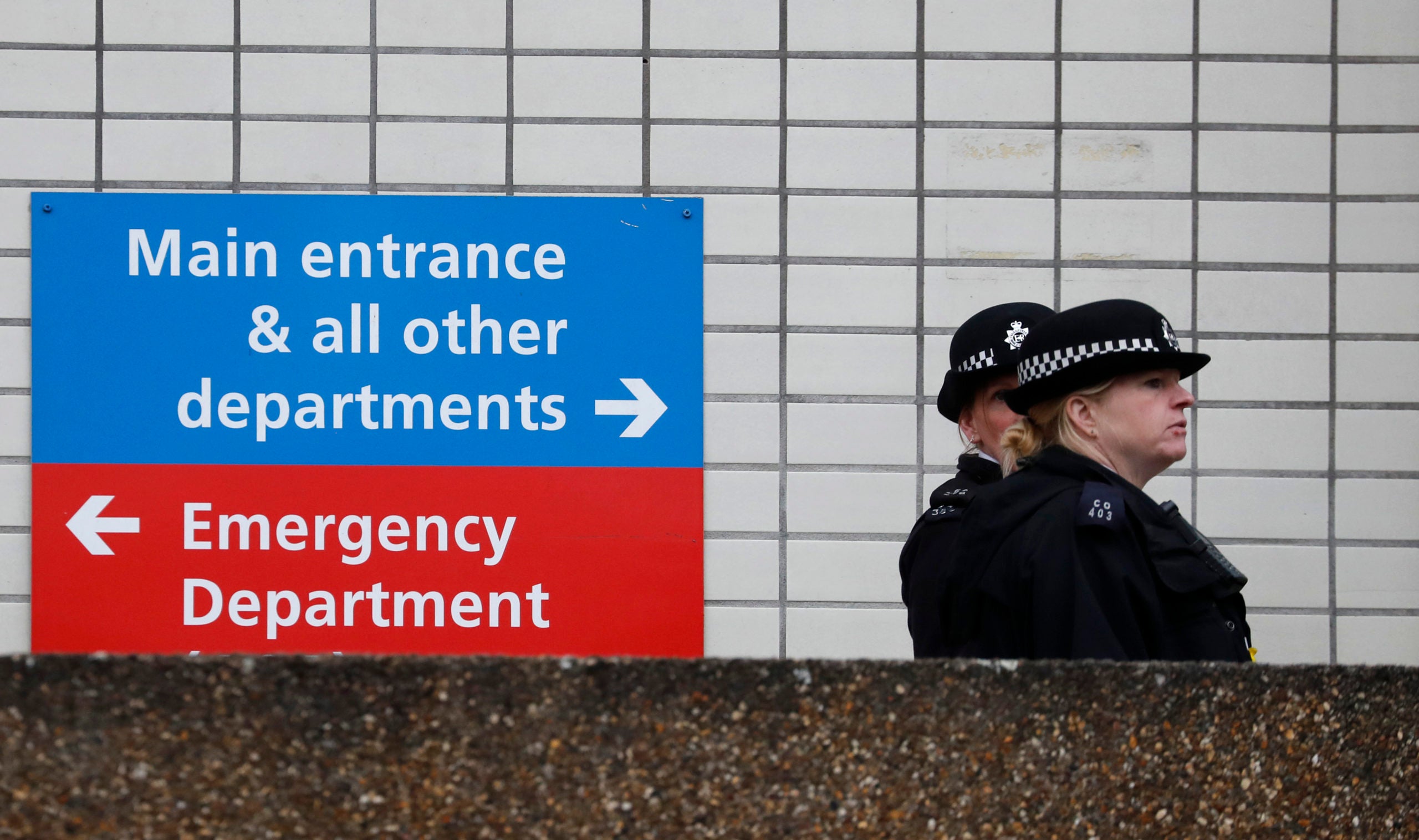 Police officers patrol outside a hospital where it is believed that Britain's Prime Minister Boris Johnson is undergoing tests after suffering from coronavirus symptoms, in London, Monday, April 6, 2020. British Prime Minister Boris Johnson has been admitted to a hospital with the coronavirus. Johnson's office says he is being admitted for tests because he still has symptoms 10 days after testing positive for the virus. (AP Photo/Frank Augstein)
by: LORI HINNANT and DANICA KIRKA Associated Press
Posted: Apr 6, 2020 / 05:48 AM EST / Updated: Apr 6, 2020 / 05:49 AM EST

LONDON (AP) — The United States and Britain braced for one of their darkest weeks in living memory on Monday as the social and financial toll of the coronavirus pandemic deepened. Italy, Spain and France saw signs that they are flattening the pandemic curve, but still reported hundreds of people dying each day.

British Prime Minister Boris Johnson, who was infected last month, was hospitalized overnight in what his office described as a “precautionary step,” after persistent symptoms. The 55-year-old Conservative leader, who has had a fever for days, is the first known head of government to fall ill with the disease.

He remained in charge of the government and was awaiting test results Monday.

“(I’m) sure this is very frustrating for him … (but) nonetheless he’s still very much in charge,’’ Housing and Communities Secretary Robert Jenrick told the BBC. Still, Jenrick did not rule out a more prolonged stay in the hospital for Johnson.

Some hard-hit European areas were seeing glimmers of hope — deaths and new infections appeared to be slowing in Spain, Italy and France. Leaders cautioned, however, that any gains could easily be reversed if people did not continue to adhere to strict social distancing measures and national lockdowns.

More than 9,600 people have died of the virus in the United States, and it leads the world in confirmed infections at more than 337,000.

In New York City, the U.S. epicenter of the pandemic, daily confirmed deaths dropped slightly, along with intensive care admissions and the number of patients who needed breathing tubes inserted. But New York Gov. Andrew Cuomo warned it was “too early to tell” the significance of the new numbers.

U.S. President Donald Trump later suggested the hard weeks ahead could foretell the turning of a corner.

“We’re starting to see light at the end of the tunnel,” Trump claimed at an evening White House briefing.

Washington Gov. Jay Inslee said his the state will return more than 400 of the 500 ventilators it has received from the federal government so they can go to New York and other states hit harder by the pandemic.

The outlook was bleak in Britain, which reported more than 600 deaths Sunday, surpassing Italy’s daily increase for the second day in a row. Italy still has, by far, the world’s highest coronavirus death toll — almost 16,000, but pressure on northern Italy’s intensive care units has eased so much that the hardest-hit region of Lombardy is no longer airlifting patients out to other regions.

In a rare televised address, Queen Elizabeth II appealed to Britons to rise to the occasion, while acknowledging enormous disruptions, grief and financial difficulties they are facing. In the midst of the speech Sunday night, Johnson was admitted to the hospital.

“I hope in the years to come, everyone will be able to take pride in how they responded to this challenge,” the 93-year-old monarch said. “And those who come after us will say that the Britons of this generation were as strong as any.”

Worldwide, more than 1.2 million people have been confirmed infected and nearly 70,000 have died, according to Johns Hopkins University. The true numbers are certainly much higher, due to limited testing, different ways nations count the dead and deliberate under-reporting by some governments.

The virus is spread by microscopic droplets from coughs or sneezes. For most people, the virus causes mild to moderate symptoms such as fever and cough. But for some, especially older adults and those with existing health problems, it can cause pneumonia and death. Over 263,000 people have recovered worldwide.

In Asia, Japanese officials were considered declaring a state of emergency. Infections are soaring in the country that has the world’s third-largest economy and its oldest population, but are still not even among the top 25 hardest-hit nations in the world.

In South Korea, which has been praised for its heavy testing to combat the virus, vice health minister Kim Gang-lip expressed concerns over loosened attitudes toward social distancing that he says is putting the country at potential risk of an infection “explosion.”

South Korea reported 47 new cases of the coronavirus, the smallest daily jump since Feb. 20, but rising infections have been linked to international arrivals as students and other South Korean nationals flock back from the West.