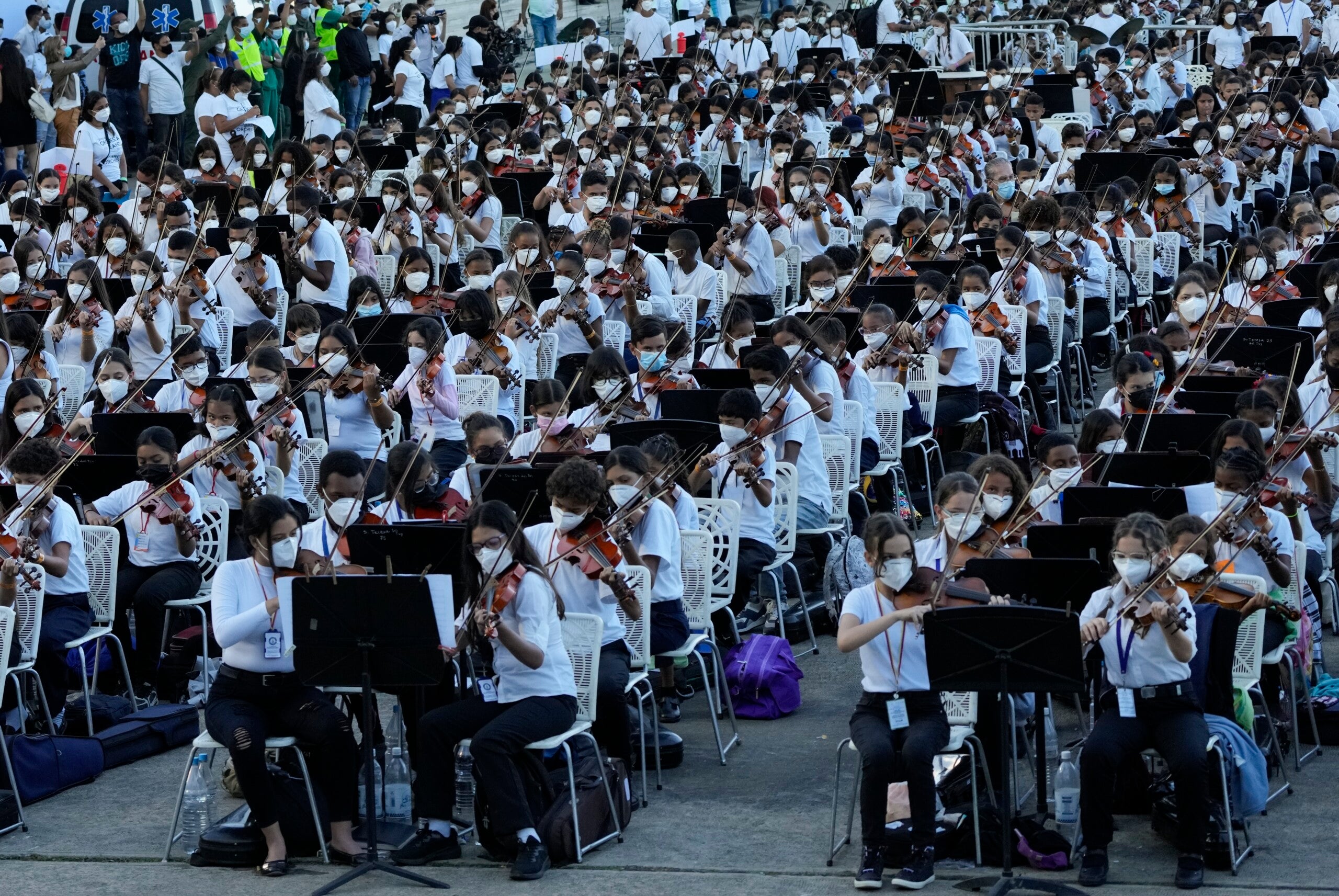 Members of the National Orchestra System play a 12-minute Tchaikovsky piece to try and break a Guinness World Record in Caracas, Venezuela, Saturday, Nov. 13, 2021. The musicians, all connected with the country network of youth orchestras, played at a military base under the watchful eyes of hundreds of independent supervisors tasked with verifying that more than 8,097 instruments are played at the same time. (AP Photo/Ariana Cubillos)
by: Associated Press
Posted: Nov 20, 2021 / 09:20 PM EST / Updated: Nov 20, 2021 / 09:20 PM EST

CARACAS, Venezuela (AP) — Thousands of Venezuelan musicians, most of them children and adolescents, have earned the title of the world’s largest orchestra.

The record was set by more than 8,500 musicians.

The Guinness World Records announced the feat in a video released Saturday.

The musicians, all connected to the country’s network of youth orchestras, earned the designation with a performance a week earlier of Tchaikovsky’s “Slavonic March.”

They attempted the record during a patriotic concert at a military academy in the capital of Caracas.

The previous record belonged to a Russian group that played that country’s national anthem.